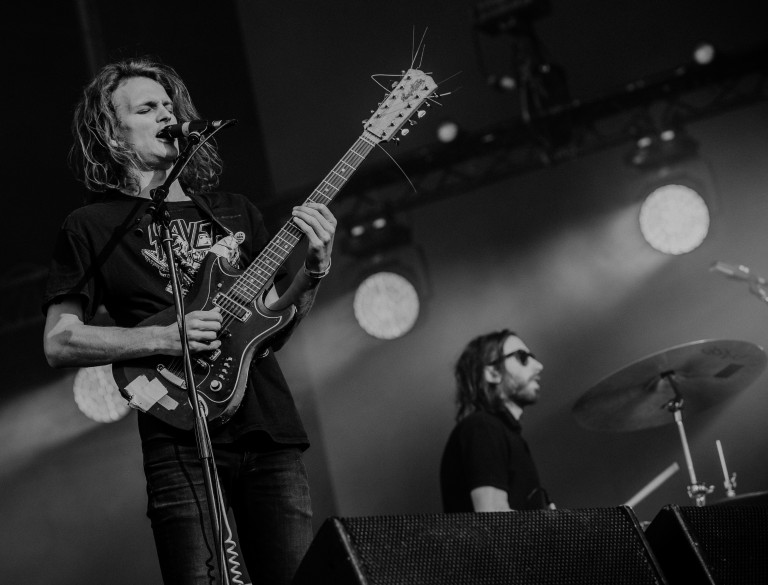 King Gizzard & the Lizard Wizard’s Reddit AMA: What We Learnt

It’s not often that you get to take a peek into the world of a band as prolific as King Gizzard & the Lizard Wizard, but yesterday the Australian psych septet took time out of their busy schedules to answer some question as part of an Ask Me Anything on Reddit’s Indieheads forum.

Stu Mackenzie and co. are notoriously interview-shy, granting little press time and leaving their frequent use of social media to do the talking and teasing. But what did we learn from the band’s AMA, where fans had the chance to ask absolutely anything? Quite a lot, it seemed. We’ve selected a handful of interesting talking points.

When confirming their participation in the AMA, the band registered an account under the name Auto-Cremate. Upon being questioned by one fan if Auto-Cremate also happened to be the name of a new album, frontman Mackenzie responded with a simple “yes“. In a later response, he also added that the album may or may not come out this year but that it will feature new thrash metal track Planet B. There might not be much to work with here, but keep in mind that the last AMA King Gizzard took part in saw them use the account name NonagonInfinity. We all know how that one turned out…

Although only available on Bandcamp and limited vinyl, Eyes Like the Sky is often hailed as one of King Gizzard & the Lizard Wizard’s best studio albums. Its Spaghetti Western-stylings sound like they could have been lifted out of a Red Dead Redemption soundtrack, with narration from Broderick Smith (father of the band’s own Ambrose). Fans have often plagued social media threads with questions pertaining to a potential Eyes Like the Sky follow-up, with Mackenzie confirming in last night’s AMA that “Broderick wrote pt2 about a month after we finished the first one. We just gotta make the music”. Yee haw, anyone?

The band have long been known to organise the brilliant Gizzfest back home in Australia on an annual basis. Previous events of the (once travelling) festival even saw appearances from the likes of international heavyweights Kikagaku Moyo, Mild High Club and Altin Gün alongside local Flightless favourites Amyl & the Sniffers, ORB and Stonefield. But will the festival ever make its way outside of Australia and nestle into some new surroundings? If it’s up to Stu, then the answer is a resounding “yep“.

HOW DO YOU START A RECORD LABEL?

One fan expressed his admiration for the band’s ability to successfully run their own independent record label – Flightless. When asked how to maintain the operations of a good indie label, drummer (and label manager) Eric Moore advised: “Find some good bands who haven’t put anything out yet and offer to do a release for them. Do records, tapes, CDs, T-shirt’s whatever you can think of that’s cool. Get a job that will pay for all the vinyl your gonna have to press. Come up with a logo. Find a pressing plant you like working with. Get a publicist, distribution, marketing and promo partners in whatever territory you wanna release in. Upload music to Spotify / Apple yourselves. Own your music. Release good music.”

ARE THEY COMING TO BRAZIL?

No, they are not.