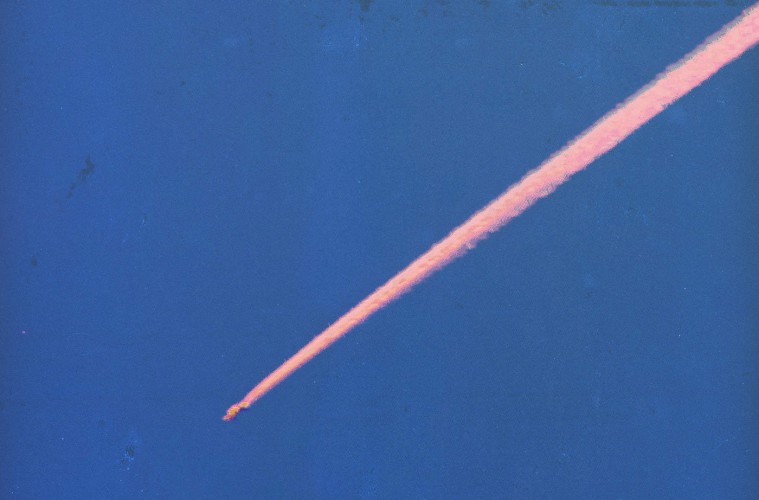 23-year old producer Archy Marshall, better known under the alias King Krule, has released his sophomore project under said name. It’s his first project since 2015’s A New Place to Drown, which he released under his real name. Titled The OOZ, Krule has created one of this year’s most immersive listens, and certainly the most immersive in his young discography. Krule is an enigmatic figure whose music can be just as beautiful as it can be unsettling. He takes you through the thoughts of his subconscious, not only with his lyricism, but with his sounds. When I first heard Krule’s 6 Feet Beneath the Moon, I had no idea a voice that daunting came from a skinny, red-headed British boy. It carries power and emotion like no other; a unique sense of versatility.

On some songs on this record, his voice is prominent and soaring, while on others he lets the music take control and hides behind his productions with a voice that’s barely audible. You never know what you get when you listen to King Krule, and that’s part of the beauty in his music. He doesn’t conform to one genre on The OOZ, with elements of trip-hop, R&B, punk, and jazz making appearances. He incorporated certain strengths that gave him success on 6 Feet Beneath the Moon, such as the free flowing guitar sound, but has certainly polished his abilities in the past few years. Marshall has a particular confidence and pride in music. Krule even turned down a chance to work in the studio with Kanye West. “I couldn’t be bothered,” he said on the subject.

The OOZ is insanely dense, and it feels like you’re walking through a swampy pond of thoughts in Marshall’s head. Running 19 tracks and totaling 66 minutes in length, it sometimes feels like focus is a lost cause. Like I said, it’s an immersive listen, so that’s kind of the point. King Krule wanders through his music, seemingly discovering or re-discovering bits of himself as he goes along. He spills any thoughts that run through his head, which gives his listeners a real inside look into his thought process. “I think we might be bipolar, I think she thinks I’m bipolar,” he mutters on the smooth opening track Biscuit Town. The ability for him to express his thoughts through inflections and stretched vocabulary is second to none.

The OOZ’s sound derives from feelings of loneliness and suffering. His productions on this record are heavily layered, forcing you to dig through them. However, the sound is so thick that it’s impossible to decipher it entirely. Behind all of the layers of keyboards and jazz elements lie some immense bass lines, giving the album the heavy feeling it carries. It seems like Marshall has more dictation over his sounds and instrumentals than he did on his debut album. Compared to 6 Feet Beneath the Moon, this album is much more refined and intricate. The OOZ drips, smashes, and soars cohesively.

Dum Surfer and Cadet Limbo have more of a jazz infused sound. This isn’t necessarily new territory for Marshall, but I think he wanted to make those elements more prominent. Cadet Limbo is one of the more synchronized tracks on the album, with Marshall’s voice taking a back seat, and with more of a distorted sound. Lonely Blue embodies the sound of loneliness and loss. His melancholy and wounded voice is his bread and butter, and he shows it off here. Accompanied by an eerie guitar, it progressively becomes freely strung as the song collapses at the end before he cries “oh, so lonely” three times. The Locomotive is a heavy, hard hitting reflective piece. “I wish I was equal, if only it was that simple, I wish I was people,” he mumbles on the song. It seems like he’s forcing acceptance of himself in some facet.

Marshall is still only 23. With three successful albums under his belt, his ceiling as an artist is as high as it gets. I mean, if he’s turning down collaboration opportunities with Kanye West already, there’s no telling what he will, or won’t do in the future. He was deemed king of the London underground scene at 17 with his King Krule EP, and he’s risen to a big name producer rather quickly. His prolific approach to music will continue to turn heads for years to come. The OOZ, in my opinion, is one of this year’s best releases.

You can stream The OOZ below.