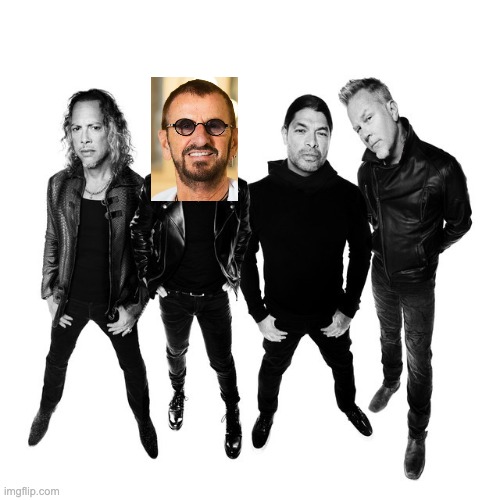 The hologram which replaced the “perfectly healthy” Metallica drummer Lars Ulrich a few years ago has been replaced by none other than Ringo Starr.

In a turn of events which will likely surprise some metal fans and humour others, it’s been claimed that Ulrich’s digital replacement was so poor it left the rest of the band with no choice but to look further. You may remember that Metallica replaced the real life Lars Ulrich back in 2017 for similar reasons.

In winning his seat behind the famous Metallica kit, Starr has beaten off stiff competition from the likes of a wind-up monkey, Machine Gun Kelly, as well as the original Lars Ulrich. Speaking of the win, Starr kept it brief but said he couldn’t wait to “show Lars how it should be done“.

Starr’s first performances with Metallica will take place this summer. Keep an eye on Metallica’s social media profiles for a full unveiling of the man once widely regarded as “not even the best drummer in The Beatles”.