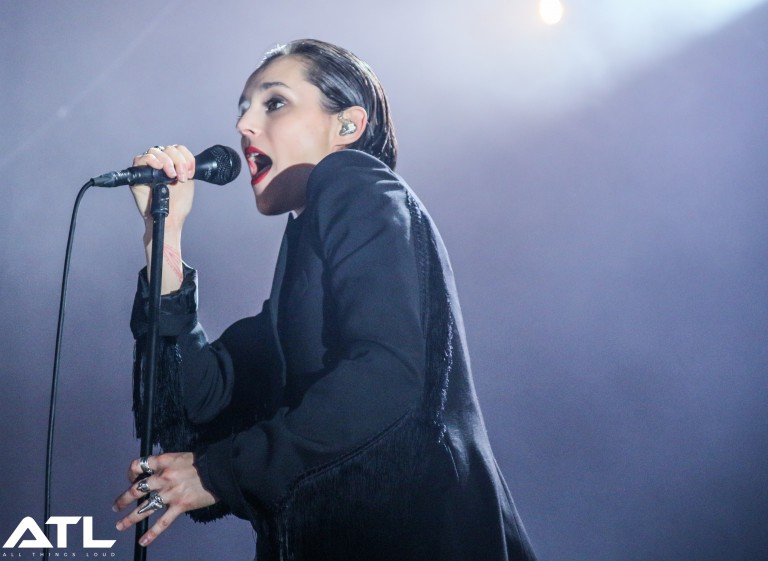 Next month, the Dutch city of Utrecht will transform itself into a musical hub which lends itself to music from all walks of life. From African world music to the finest indie pop, Le Guess Who? has time and time again proven itself to be one of the world’s most innovative indoor festivals, featuring a line-up which has this year been largely curated by Wilco, Savages, Julia Holter and Suuns. The festival takes place from 10-13 November within Utrecht’s inner-city, and below we’ve rounded up five of the festival’s most noteworthy sets which cannot be missed.

WHITNEY
Chicago’s very own Whitney are no strangers to Holland, having played a handful of small (and extremely successful) shows on Dutch soil since the release of serene debut album Light Upon the Lake. Fronted by the drumming Julien Ehrlich, who is joined by guitarist Max Kacakek and their live band, Whitney specialize in brutally honest indie folk which draws influence from both core members’ personal lives. Standout tracks Polly and Follow both encompass hugely emotional choruses, with popular cut Golden Days centring on a melodic refrain. You’ll have plenty of chances to catch the band live soon (they’re in Amsterdam that same weekend), but each show carries with itself a sense of serenity which can’t be imitated.

DINOSAUR JR.
Grunge pioneers Dinosaur Jr. never seem to stop, with J Mascis and co. having released their eleventh studio album, Give a Glimpse of What Yer Not, earlier this year. The record stays true to the band’s roots, encompassing grungy guitars, hushed vocals and pummelling percussion, all three of which intertwine to create a destructive end result. They’re definitely heading towards to end of their career, so grab your chance to encounter these legends before they call it quits.

AMBER ARCADES
Dutch artist Amber Arcades has been making plenty waves across both sides of the ocean in the last year, with the prestigious Heavenly Records (home to Temples and King Gizzard & the Lizard Wizard) having snapped her up early on. Real name Annelotte de Graaf, Amber Arcades’ debut album is filled with hypnotically soulful vocals, jangly guitar lines and a sense of never-ending rhythms to which you can’t stop tapping your feet. You might get plenty of chances to check her out live in the coming months, but if you do, make sure it’s at a festival that lends itself perfectly to an act like Amber Arcades: Le Guess Who?.

SAVAGES
Savages will curate the festival’s second day, having put together a line-up which consists of the obscure Beak>, Japanese cult heroes Bo Ningen and the encapsulating Jessy Lanza. What’s most definitely set to stand out on the Friday, though, is Savages’ own set. Following an absolutely destructive set at Down the Rabbit Hole earlier this summer, Jehnny Beth and co. only seem to go from strength to strength. Expect an abundance of pits and crowdsurfers during their set in Utrecht, because Savages provide nothing less.

QUILT
Folk poppers Quilt are the most underrated act on this list, having slowly but surely powered on through with their serene brand of bedroom pop-laced indie folk. The Boston outfit released new album Plaza earlier this year, marking their first proper foray into mainstream consciousness with a performance on Carson Daly’s Last Call. Lead single Eliot St. is a prime example of the band’s capabilities, combining mesmerising vocals with equally encapsulating instrumentation. They’re unlikely to be at the top of anyone’s “to see” list at the moment, but you definitely ought to take some time out of your evening to check out Quilt.