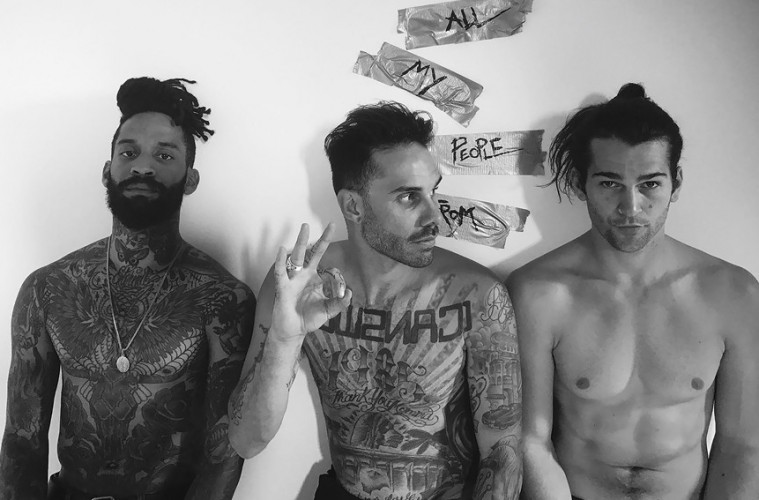 The Fever 333 have dropped their hotly anticipated debut EP out of the blue.

The new hardcore project, helmed by former letlive. frontman Jason Butler, put out the heavy and menacing Made An America today via Roadrunner Records. Its seven tracks produce an eclectic mix of post-hardcore, rap, hip hop and nu-metal as Butler is joined by Stephen Harrison and Aric Improta.

Speaking of his new band, frontman Butler said: “The movement is much greater than the music. The art is only a contingent piece. We want to make sure we’re just as involved in the activism and actual activation. By no means do we expect other artists to take on this task. Most of the people who made big improvements were either assassinated or just called crazy. We make it ostensibly clear that everything we do is in an active effort for change. It’s about bringing back that socio-political mindfulness. We’re trying to write the soundtrack to the revolution that we know is about to happen.”

Listen to the seven-track EP below, which features a collaborations with Yelawolf and Travis Barker alongside popular prior releases We’re Coming In and Walking In My Shoes.