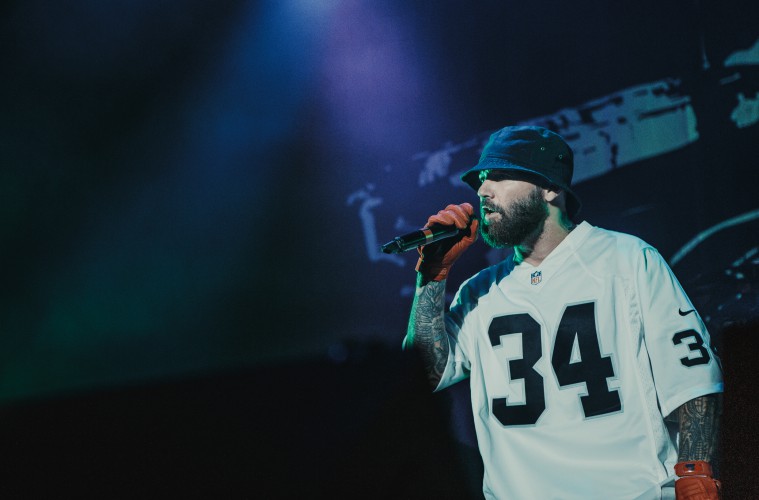 It’s taken a while, but Limp Bizkit are back.

Dad Vibes is Fred Durst and co.’s first new music in some seven years, coming a few weeks after the iconic American band debuted it over the PA system at Lollapalooza Festival.

It’s a short, sharp track with catchy hooks and a typical Limp Bizkit swagger, a sound so simple yet so unique to them. It’s expected to precede long-awaited new album Stampede of the Disco Elephants. When that is set to appear, however, is anyone’s guess.

Get down to Dad Vibes below. And in Fred Durst’s own words, “Check out your dad with the swag on the floor.“