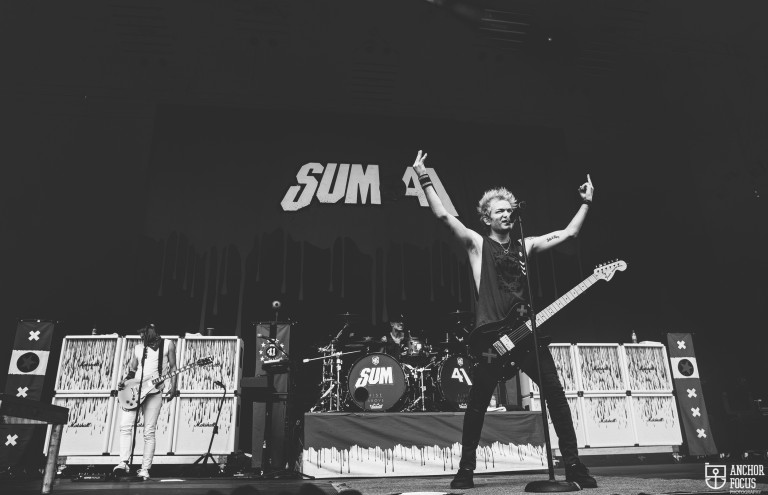 Sum 41 are back with a brand new single.

Out For Blood is the first new music to come from Deryck Whibley and co. since the release of 13 Voices back in 2016, and it precedes a brand new studio album slated for later this year.

The track sees Sum 41 employ the same dark, high octane punk elements which have served as hallmarks of their music over the years. They even go a step further this time round, sandwiching a thrash metal-lite solo into the mix alongside a stadium-worthy chorus.

Whibley himself produced the single, with Mike Green assisting on writing duties. Stream Out For Blood below.