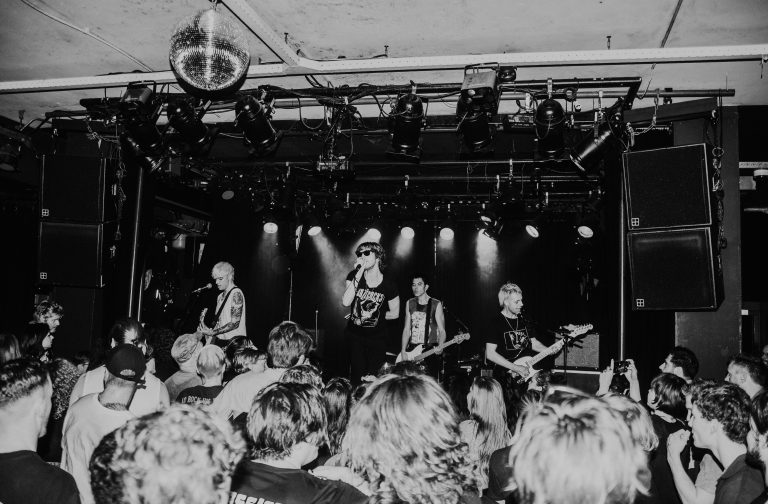 British punks Bad Nerves are in the midst of a four-night tour across the Netherlands in support of their frantic self-titled debut album. Over the course of forty brief minutes, frontman Bobby Nerves and his band ripped through their small back catalogue, leaving no stone unturned in their pursuit of chaos. Jack Parker captured the night’s proceedings.