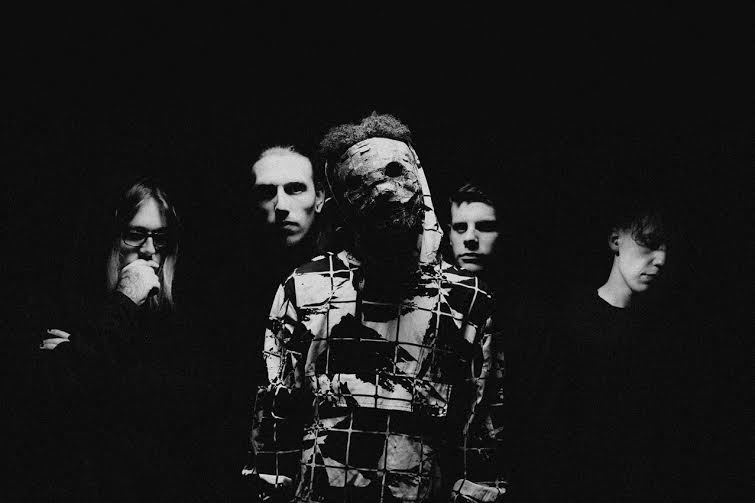 New label Sharptone Records, who are helmed by Nuclear Blast, have announced their first release.

Anonymous UK collective LOATHE released their debut EP yesterday through the US label, subsequently announcing a show at the Knotfest weekender in America at the same time.

LOATHE are an anonymous and stringent collective formed in an unknown part of the UK. Members are only identifiable by their assigned three lettered initials; DRK, DRT, SNK, MWL & NIL. They are said to demonstrate a ‘hive-like’ mentality, possessing traits which are somewhat detached and robotic. Vague; hardly human, perhaps.

They are led by frontman DRK – who is their commander and luminary. DRK is identified by his ‘prophetic’ mask which is always carried with him or worn. LOATHE are bonded together by several strict & confidential principals, and their live shows have been said to be cryptic, un-nerving, and uncomfortable.

Loathe’s debut EP, PREPARE CONSUME PROCEED, is a heavy and compelling release; ominous and accomplished. It is a conceptual audio representation of this arcane ‘hive-like mentality’, and you can buy it here.