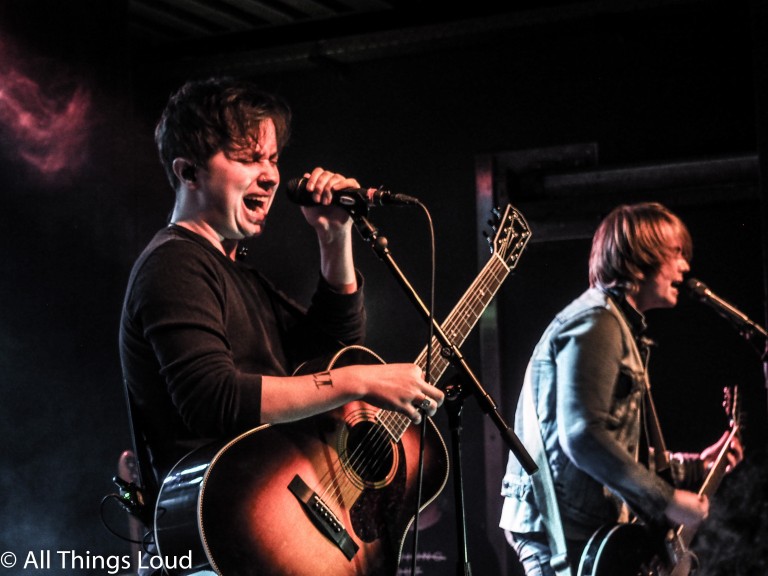 Next month, Britain, Australia and America’s best hot prospects will descend upon Amsterdam’s Paradiso for the bi-annual London Calling Festival. Over the last 24 years, the likes of Franz Ferdinand, Damien Rice, Jungle, Foals, Royal Blood and Spiritualized have all appeared at the festival, making it one of the places to be for upcoming young bands who look set to make it. This year, Black Honey and Nothing But Thieves will headline the festival. Below, we’ve selected a handful of acts we think are worth watching this March.

NOTHING BUT THIEVES
Quintet Nothing But Thieves are no strangers to Holland, having played no less than six shows on Dutch shores throughout 2015. It ended up becoming part of the reason that Conor Mason and co. have become such a popular name in the Netherlands, with the band this year stepping up to the plate to headline (and close) the festival. Their debut self-titled album was nothing short of spectacular, proving why they are so formidable on the likes of Wake Up Call’s anthemia, Trip Switch’s dark grooves and Ban All the Music’s mental rock-out. You can be sure to find the Paradiso absolutely packed to the rafters come 12 March, the second and final day of London Calling’s first 2016 edition. PUMAROSA
Last year, Pumarosa appeared during London Calling’s November edition, performing a show which received absolutely rave reviews from critics nationwide. With just one proper song to their name (the haunting Priestess), we don’t actually know all that much about Pumarosa to begin with. However, we do know that the band are equipped with a live show which is likely to blow minds across the whole world. Its sense of grandiose simplicity is able to echo through a room to an almost hypnotic extent, something which not many bands can do well today. BLACK HONEY
Headlining the first day of London Calling are the raucous Brighton outfit Black Honey, whose pop-infused grunge has been making waves for a while now. Standout track Madonna is a mix of distortedly manic guitars and anthemic sensibilities, whilst fellow track Corinne follows a similar formula. Having performed a storming set Metropolis Festival last year, before later selling out Paradiso’s upstairs space, Black Honey are slowly but surely starting to become a band who nobody can get enough of. COASTS
Bristol quintet Coasts are one of the biggest indie surprises of the last twelve months, having emerged onto the scene quickly with their powerful and jangly indie rock. Bearing resemblances to the likes of The 1975 and early Bloc Party, Coasts are the kind of band who could end up in one of two possible places: atop the indie bin, or atop the indie charts. Based on the way in which Coasts have grown exponentially this last year, it’s becoming increasingly likely that the latter option is what we’ll be associating with Coasts in the near future. THE JACQUES
The Jacques (also hailing from Bristol) are one of a handful of acts who successfully appeared at the previous edition of London Calling back in November 2015. Just like Plastic Mermaids and Pumarosa, the quartet received receptions so positive that they’re being given the chance to step up to an even bigger plate next month. Standout track Pretty DJ combines all the jangly indie rock elements which have made them so noteworthy, with their live show even more electrifying than you’d expect. Don’t be surprised if The Jacques somewhat steal the show in Amsterdam next month. London Calling takes place on 11 and 12 March at the Paradiso in Amsterdam. Click here, or on the advertisement at the top of this page, for more information. You can listen to the official London Calling playlist below.