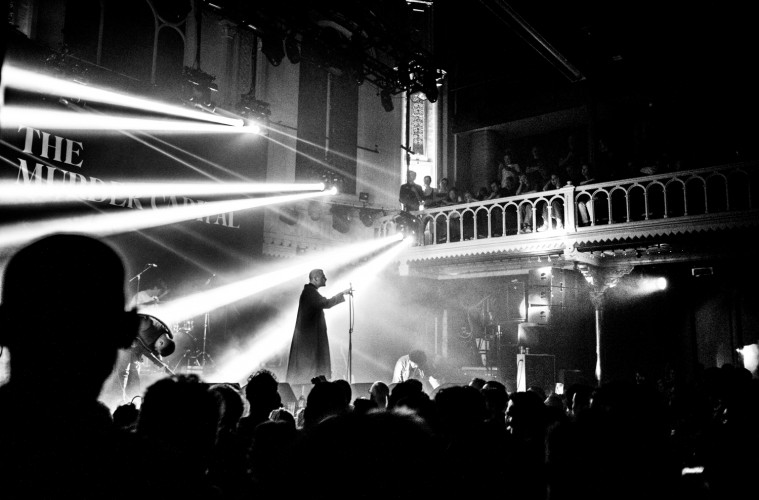 Oh, what I’d do to attend past events. Blur at the height of Britpop, Bloc Party during an era in which they were still relevant, Tame Impala with a mere one album. London Calling had them all. If the 2019 edition of this festival has similar history-in-the-making kind of potential, it would be tonight. The early bird catches the worm. Wovoka Gentle, the first act on the timetable this weekend, is the most experimental act on the bill. Dressed in white overalls, this London three-piece sound like someone cut the breaks on Alt-J, with more prominent harmonies, heavier beats that wouldn’t have been out of place at ADE, and an identical art-school aura surrounding them. As extravagant as they are, Wovoka Gentle occasionally fall off the handle. What’s supposed to be careful and beautiful backfires as kitsch and blunt. Nevertheless, they’re an intriguing opener and it will be fun to see where all these experiments will take them.

Then it’s time for the token locals on the bill. It’s astounding to note how many radio-hits EUT have gathered in such a short period of time. Over the past two years dozens of renowned media outlets rallied to embrace the band surrounding charismatic frontwoman Megan de Klerk, and it shows. Nothing about this show, both in energy and musicianship, indicates that they’ve only been around for this short a time. The message is clear: EUT are applying for a headline position. “We’re Australian so we’re sorry in advance.” We’re still trying to figure out what RVG were apologising for because this supergroup from Melbourne’s underground seem to know exactly what they’re doing. Their mix of indie, surf and punk is of an above average quality, with singer Romy Vagar as enigmatic focal point. Always the fantastic musician, with a healthy dose of introversion, she isn’t the type of performer you’d have to go and see for great showmanship, but definitely someone you cannot miss out on if you’re interested in 80s punk and new wave, held together by a trans woman powerhouse.

The label ‘most likely to make it into a personal playlist, but least engaging show of the night’ goes to Automatic. These young American girls mention they haven’t slept since they’ve been in Europe, and the crowd can tell. At the beginning of the show the room was packed, but after a few songs there was plenty of room to move. Besides, the girls themselves look bored too, and not in the ironic edgy Goth kind of way. Their Goth synthpop songs sound great on record, but on stage it’s riddled with errors. Time to figure out what the question mark on the timetable is. As it turns out, the Thai surf and garage outfit Khana Bierbood play two separate halves of a whole set tonight. In all honesty, quite the smart move. Sandwiching The Murder Capital’s show like that gives everyone a chance to catch a bit of the action in the other room at a time of their choosing. Additionally, this leaves them with enough time to finetune every last bit of their stage setup. The result: a band visibly having a good time and a crowd response far more than decent.

From the off, all eyes were set on The Murder Capital. They went from making a splash at Eurosonic and Misty Fields this year to headlining the first day of London Calling, best representative of what’s new in Ireland. With looks somewhere between Chav and mortician this Dublin band perfectly capture the current state of the UK and Ireland.  The same thing could be said about the music: gloomy and desperate on one hand, powerful and drawing inspiration from the 80’s on the other. Parallels and zeitgeist, everybody. Internally, the band doesn’t always seem to agree. The constant signalling to the sound engineer is funny at first but quickly becomes annoying. The audience hardly notice this, though. More than during any other show tonight the crowd go absolutely insane. Sure, the mosh pits are still relatively gentle, but it’s the most energetic the audience has been tonight. This is in part because of the phenomenal build-up in the set list. Building tension with Slow Dance I + II as an opening salvo, to Don’t Cling to Life as euphoric discharge both on and off stage.

Squid get to kick-off the after party. This somewhat gimmicky bunch from Brighton have some easy surprises up their sleeves for those who have never seen live before. A trumpet player, a drumming singer, that kind of stuff.  In all fairness, these new kids on the block don’t have the strongest stage presence, but with songs such as Houseplants and The Cleaner there’s some solid proof of potential. At the end of the day, tonight wasn’t about making history but capturing the present. Sometimes tongue-in-cheek like Squid, sometimes through artistic escapism like Wovoka Gentle, but mostly through drawing parallels to the past like The Murder Capital. If tonight would have taken place forty years ago, the headliner probably would have sounded exactly the same. Hannah van Rhee. Find a selection of Tineke Klamer’s coverage of London Calling below, featuring Sheer Mag and The Murder Capital. 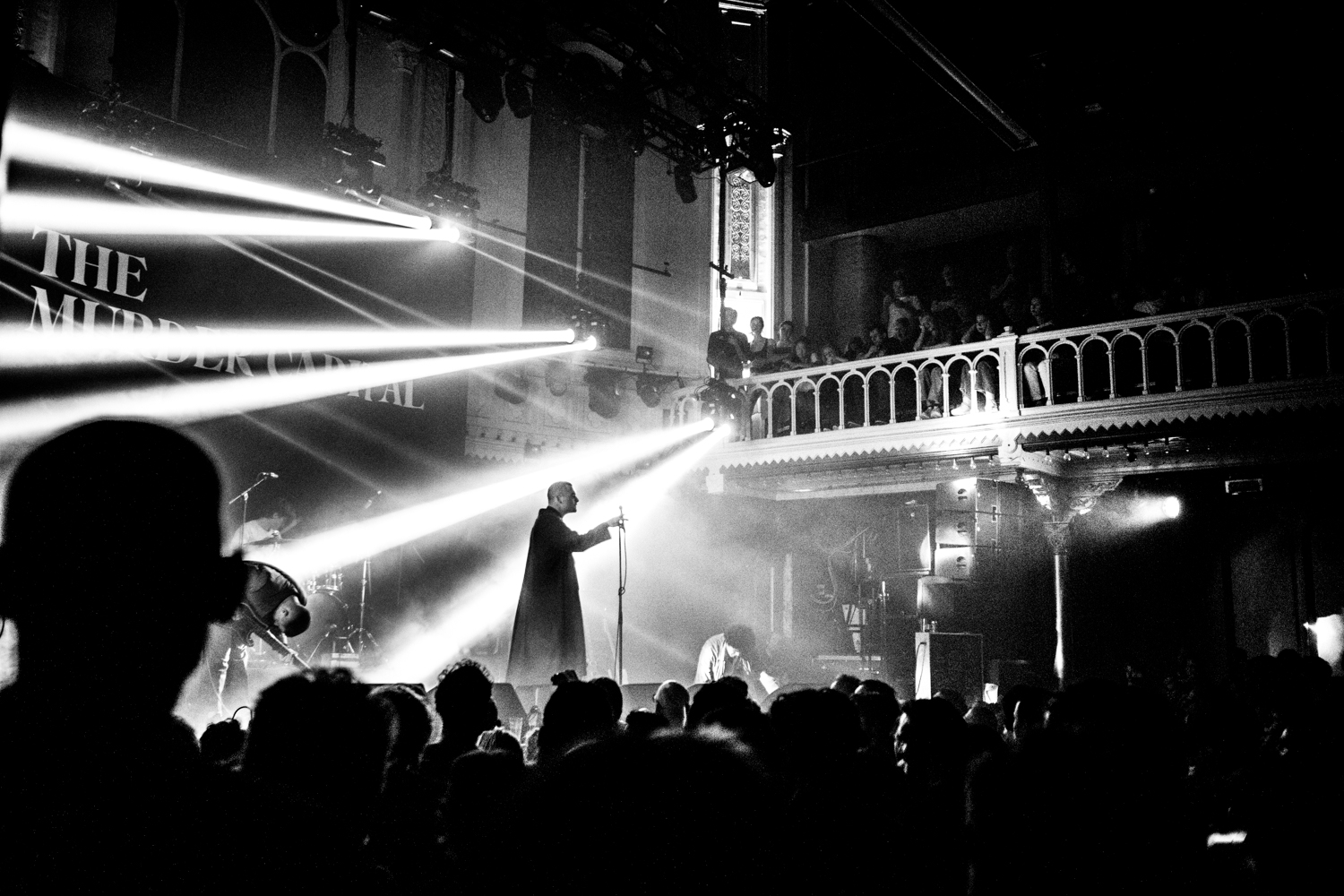 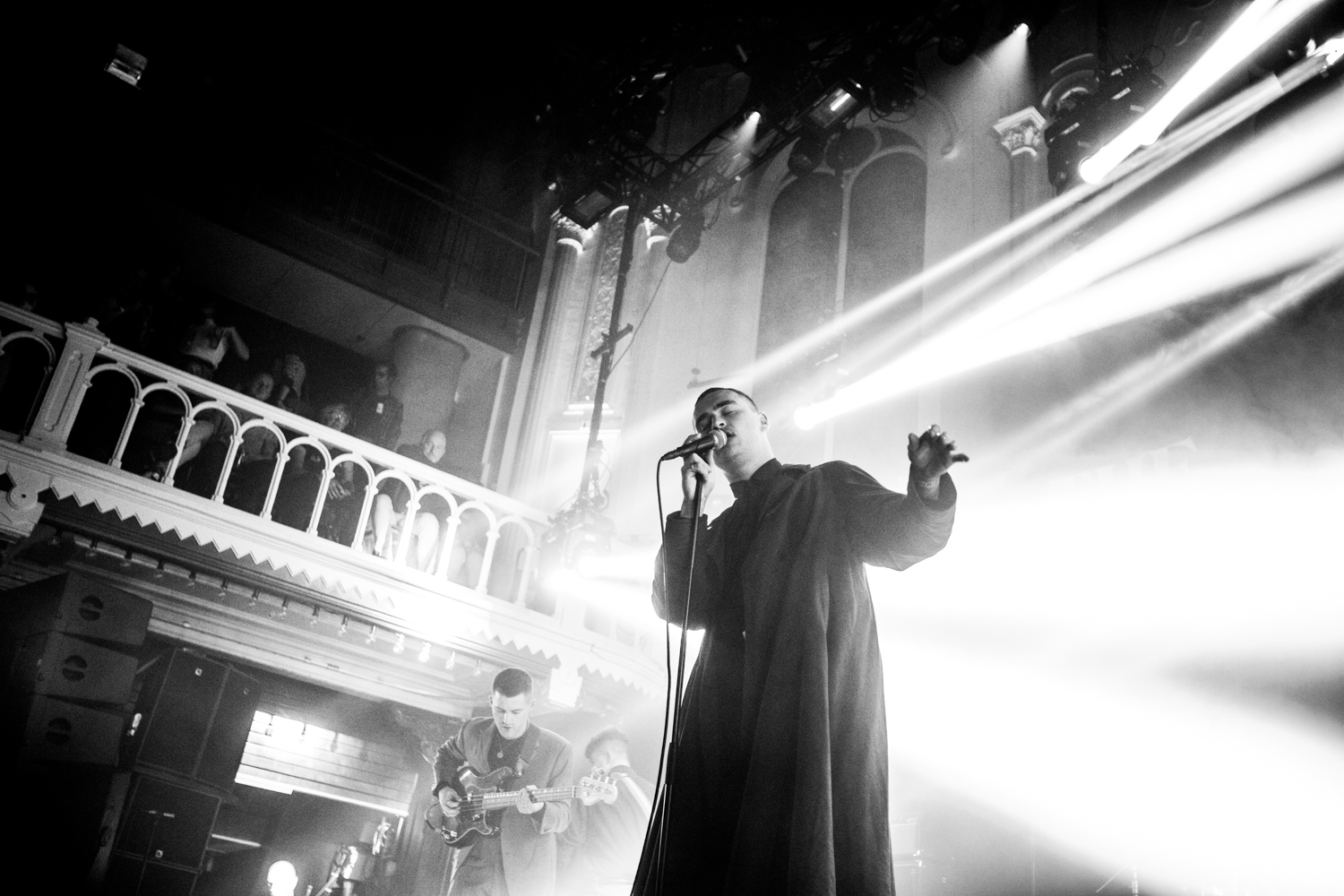 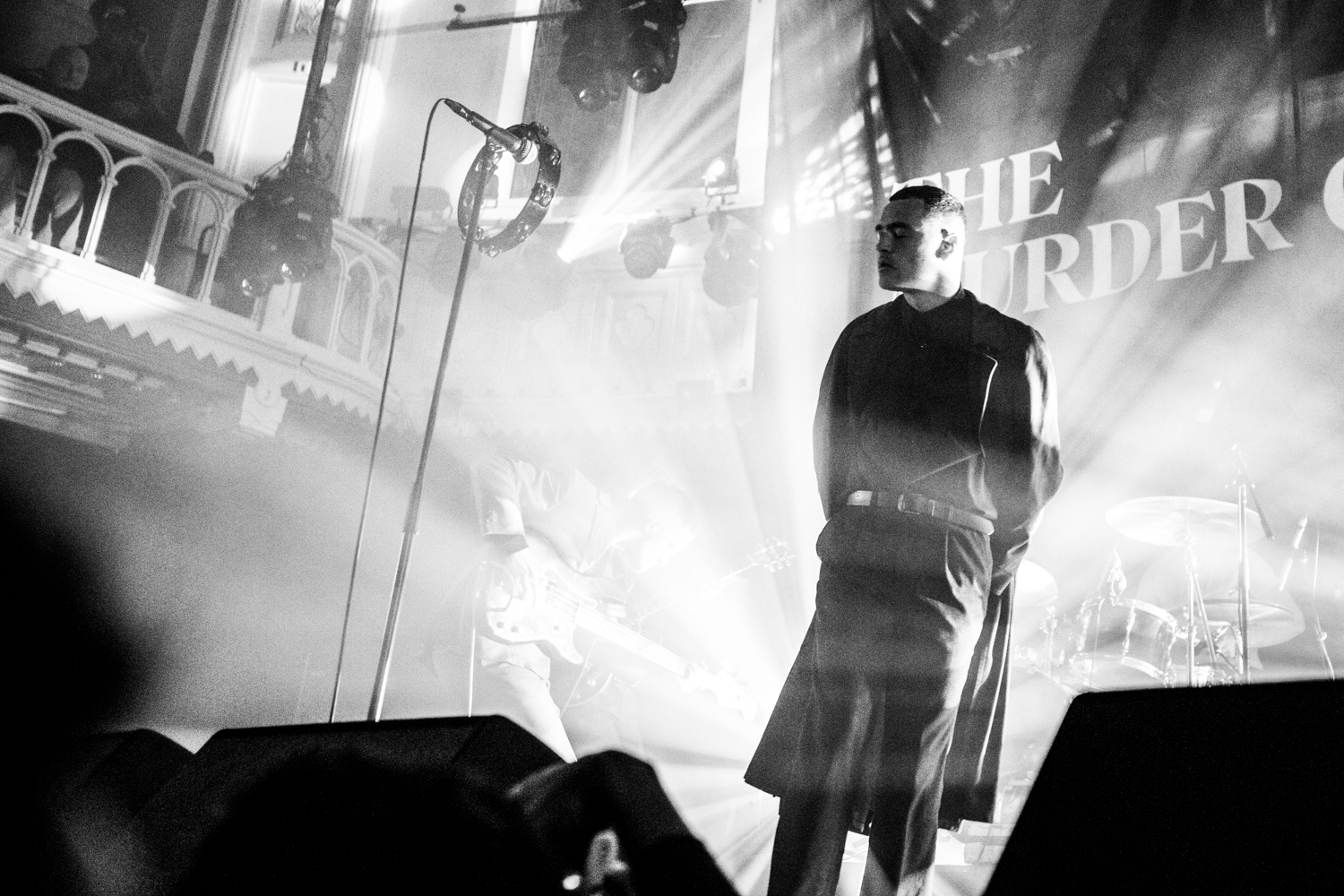 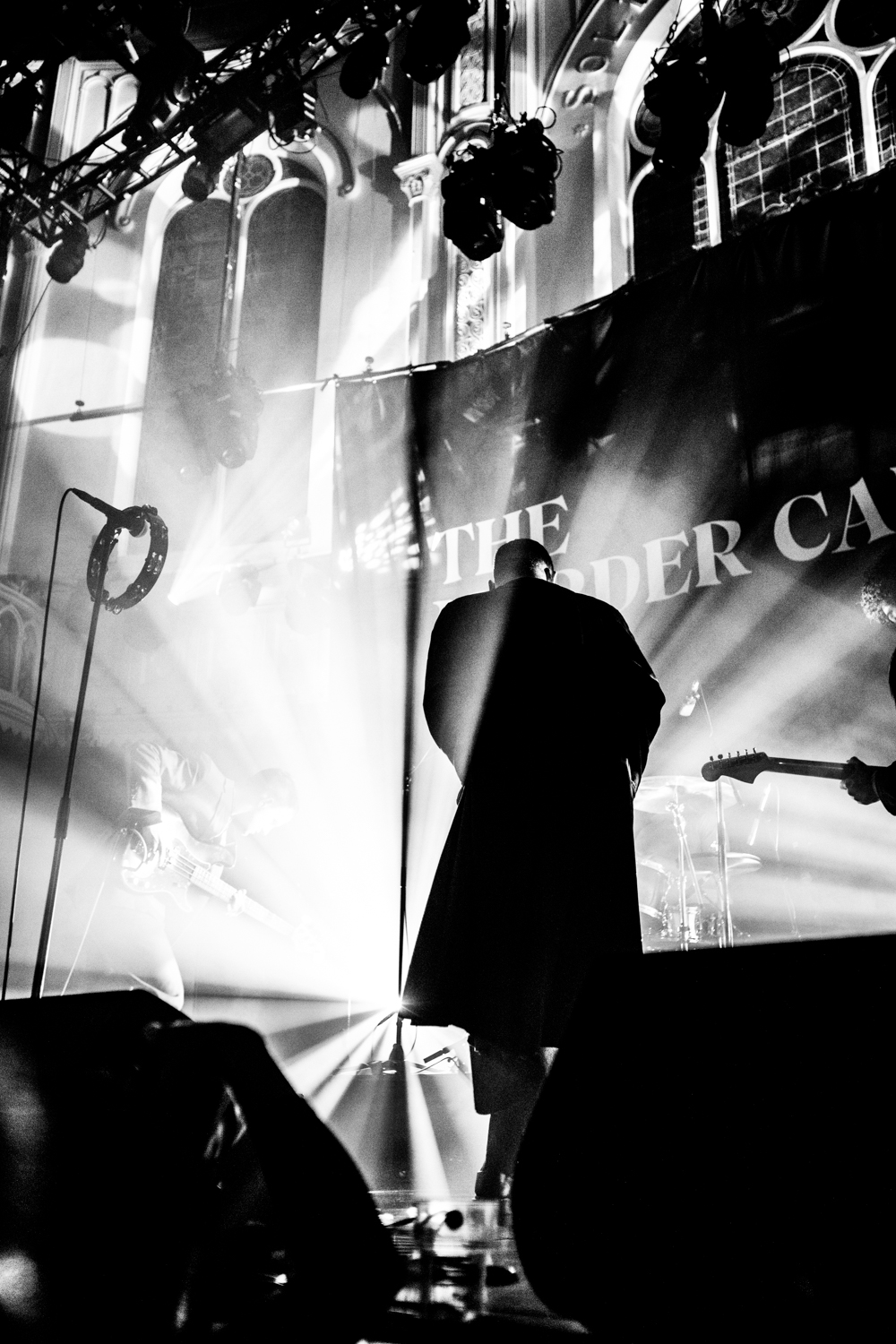 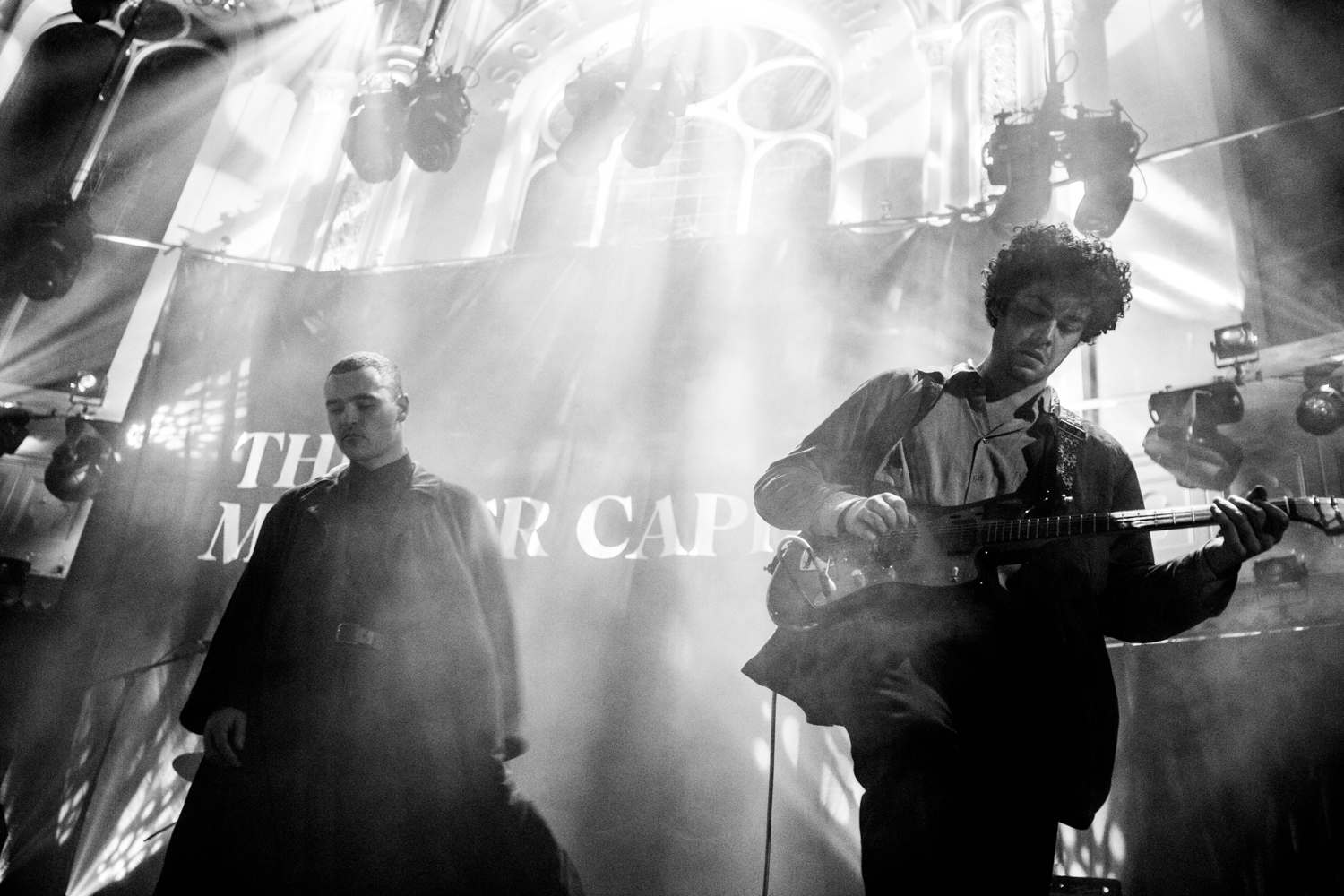 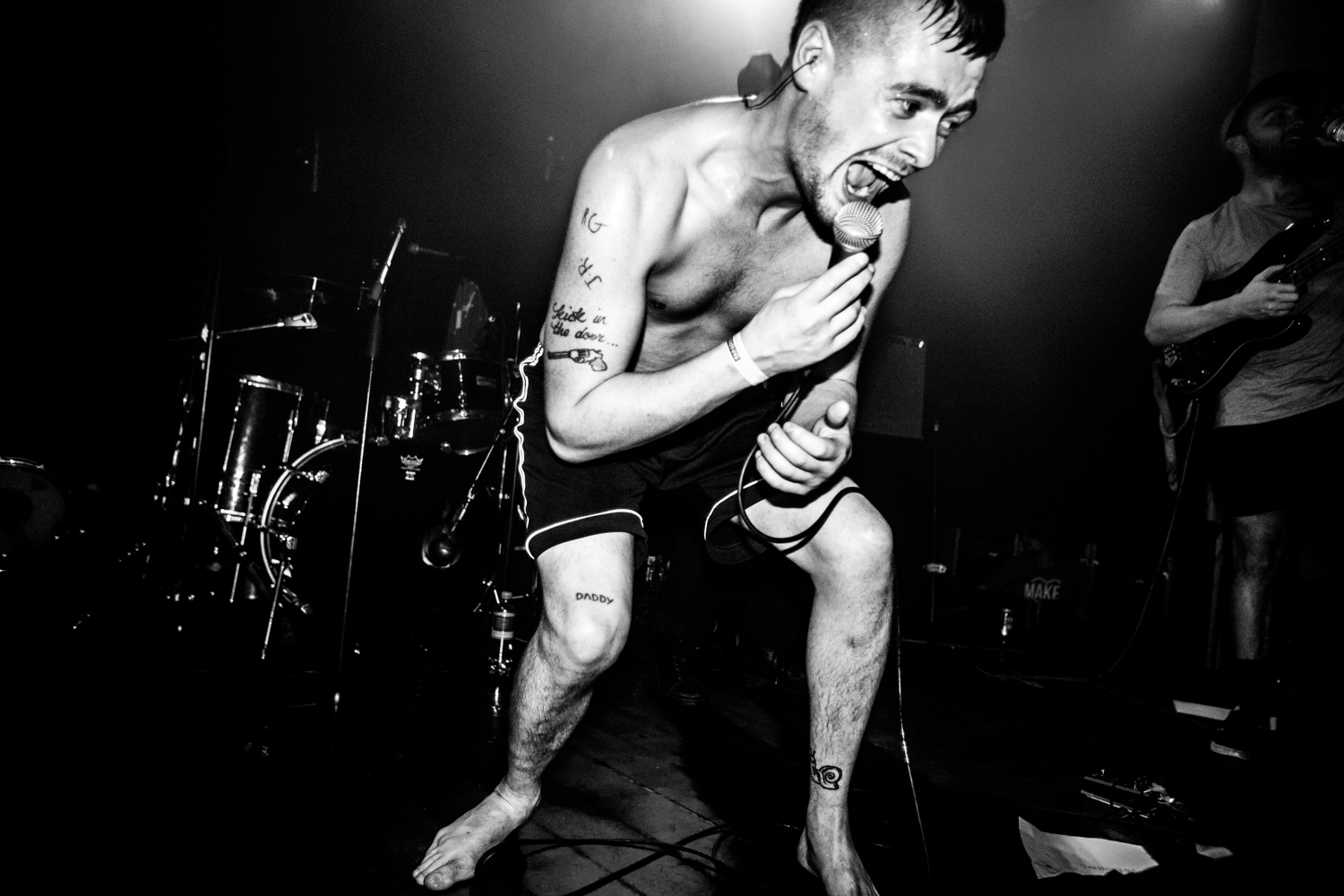 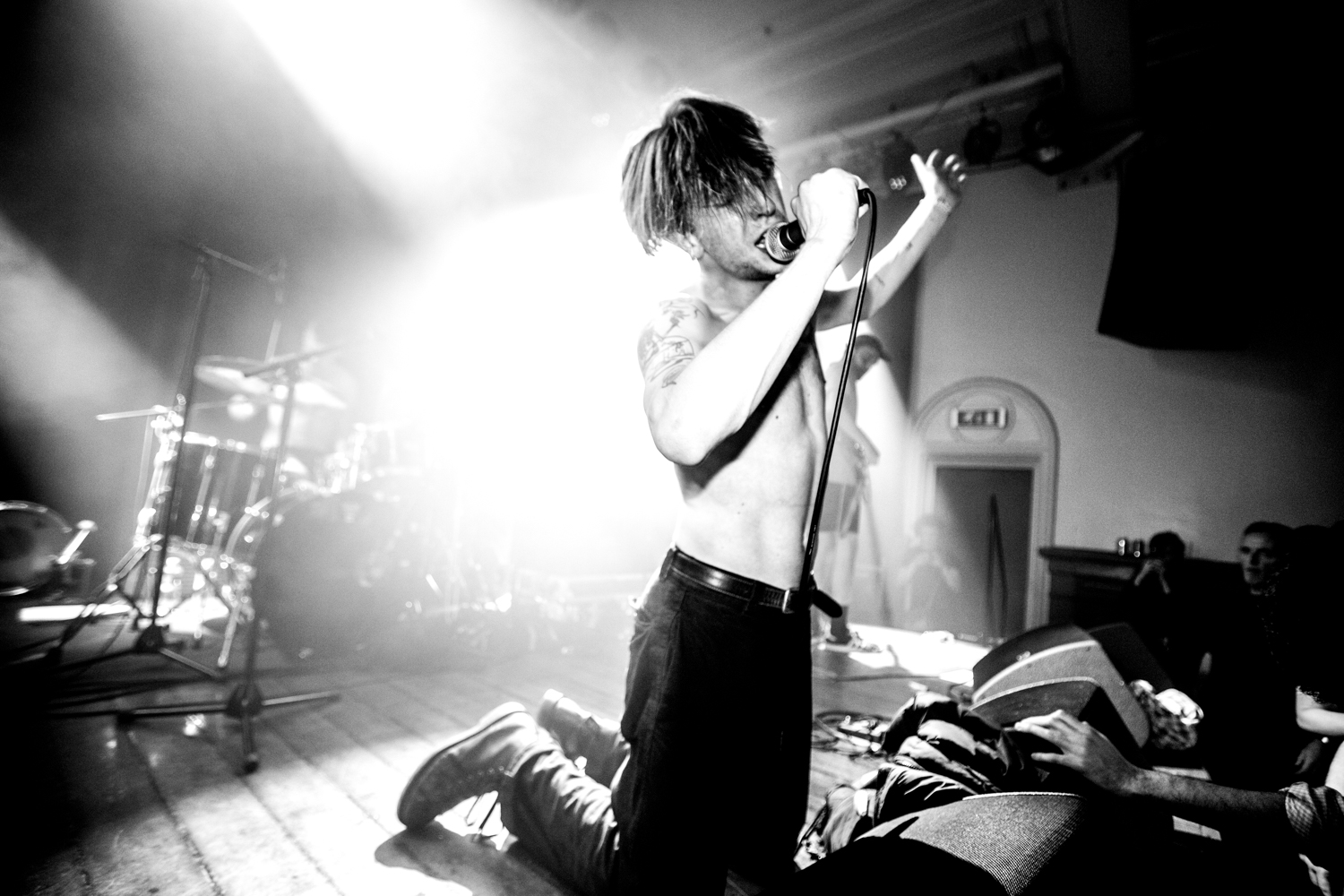 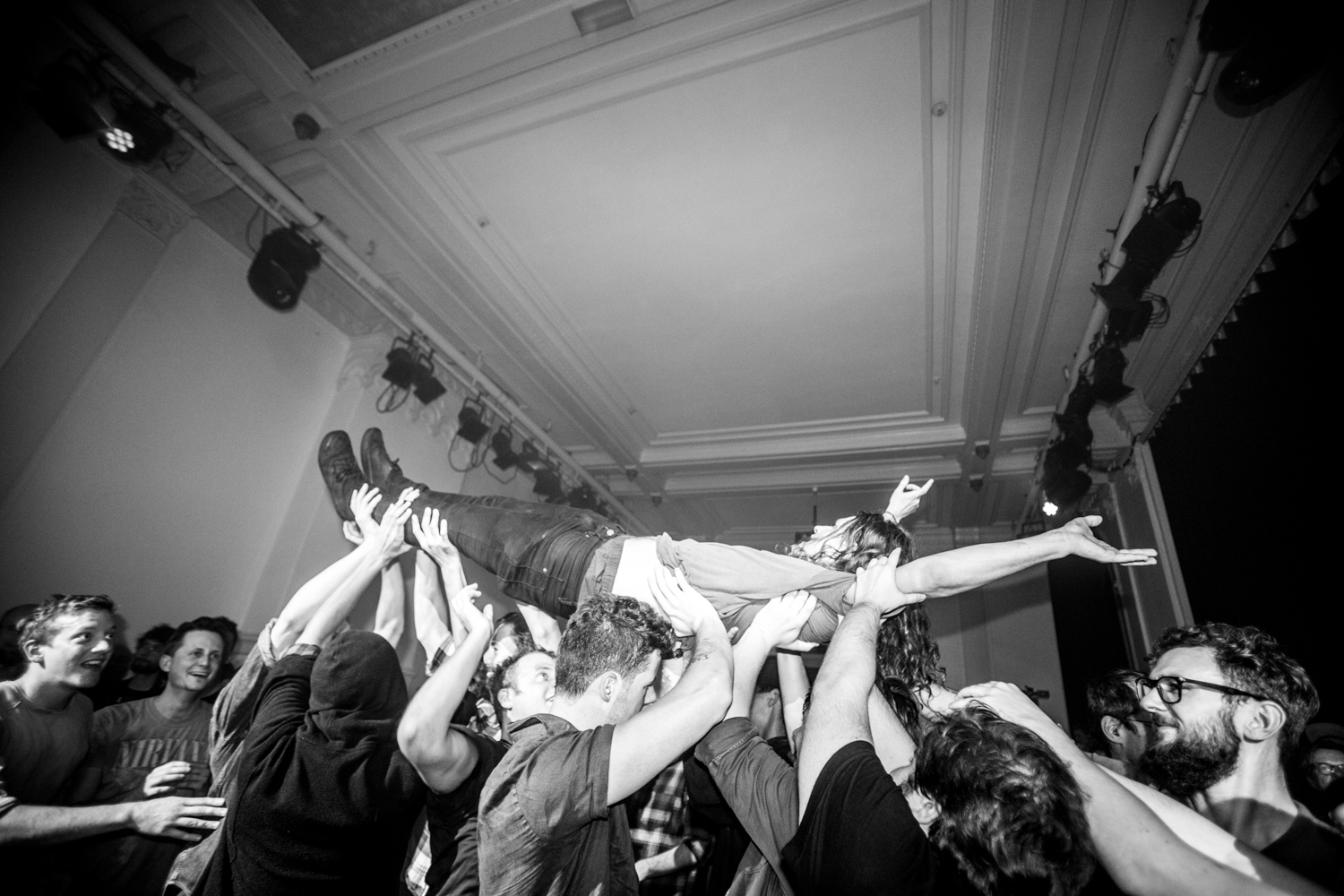 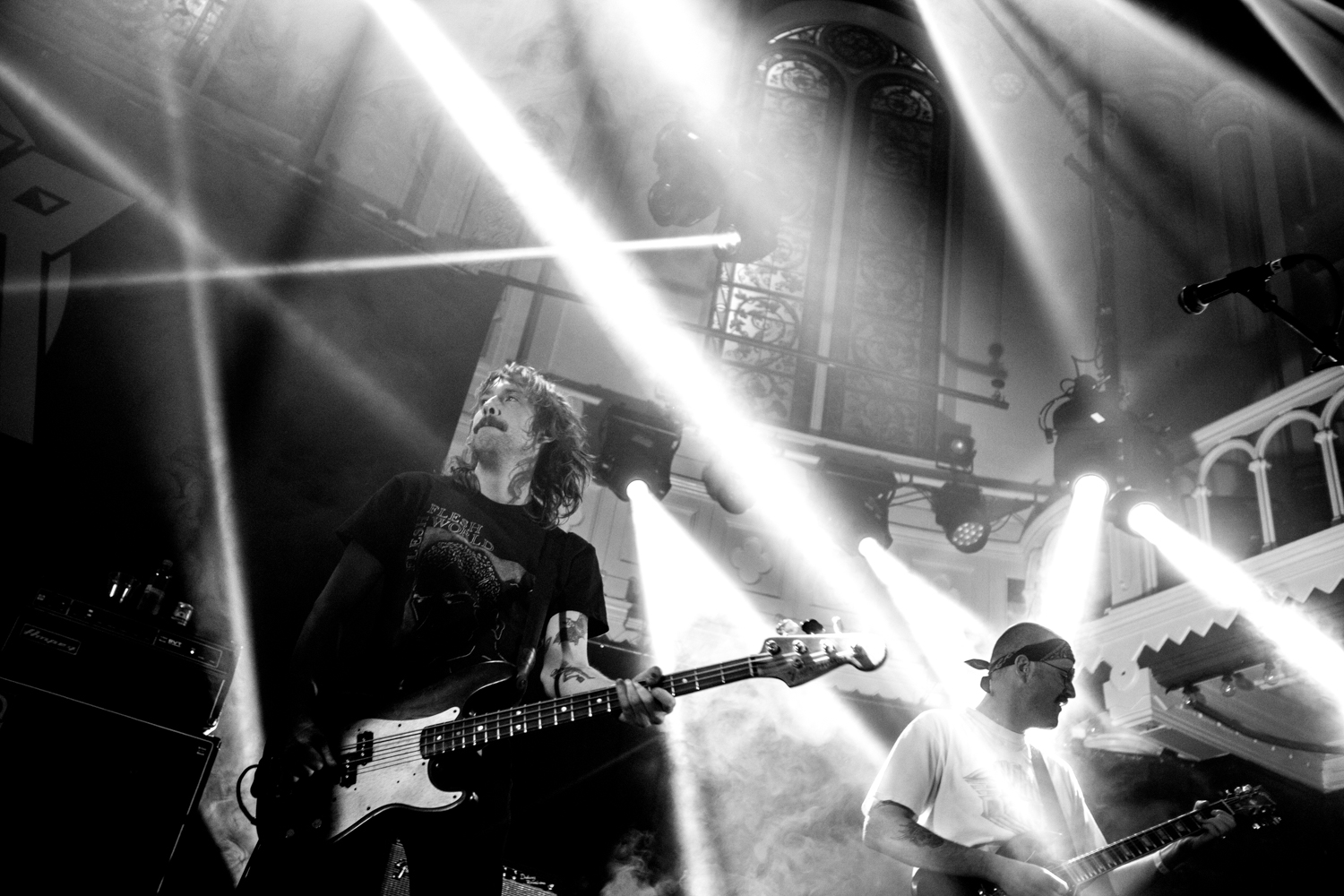 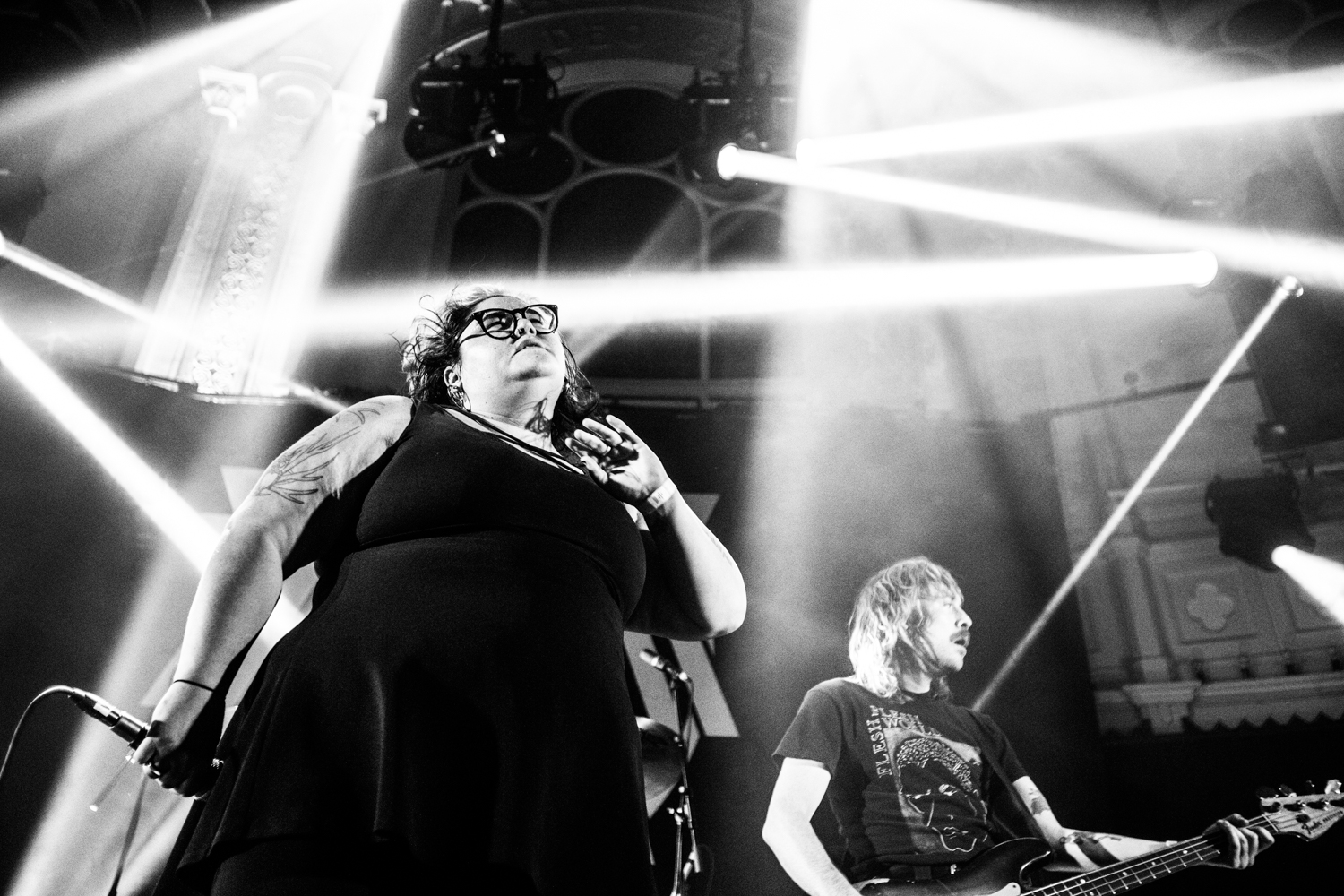 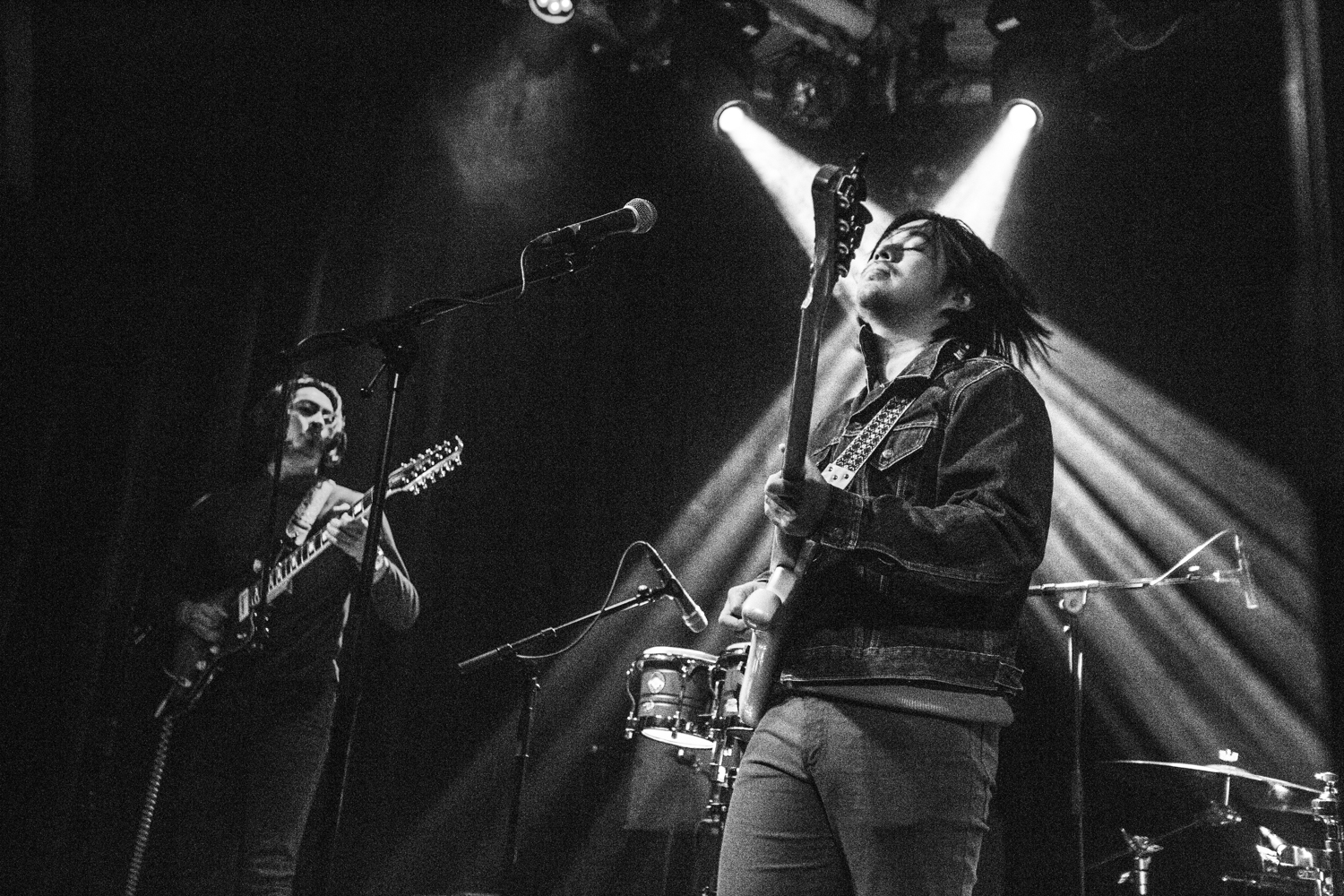 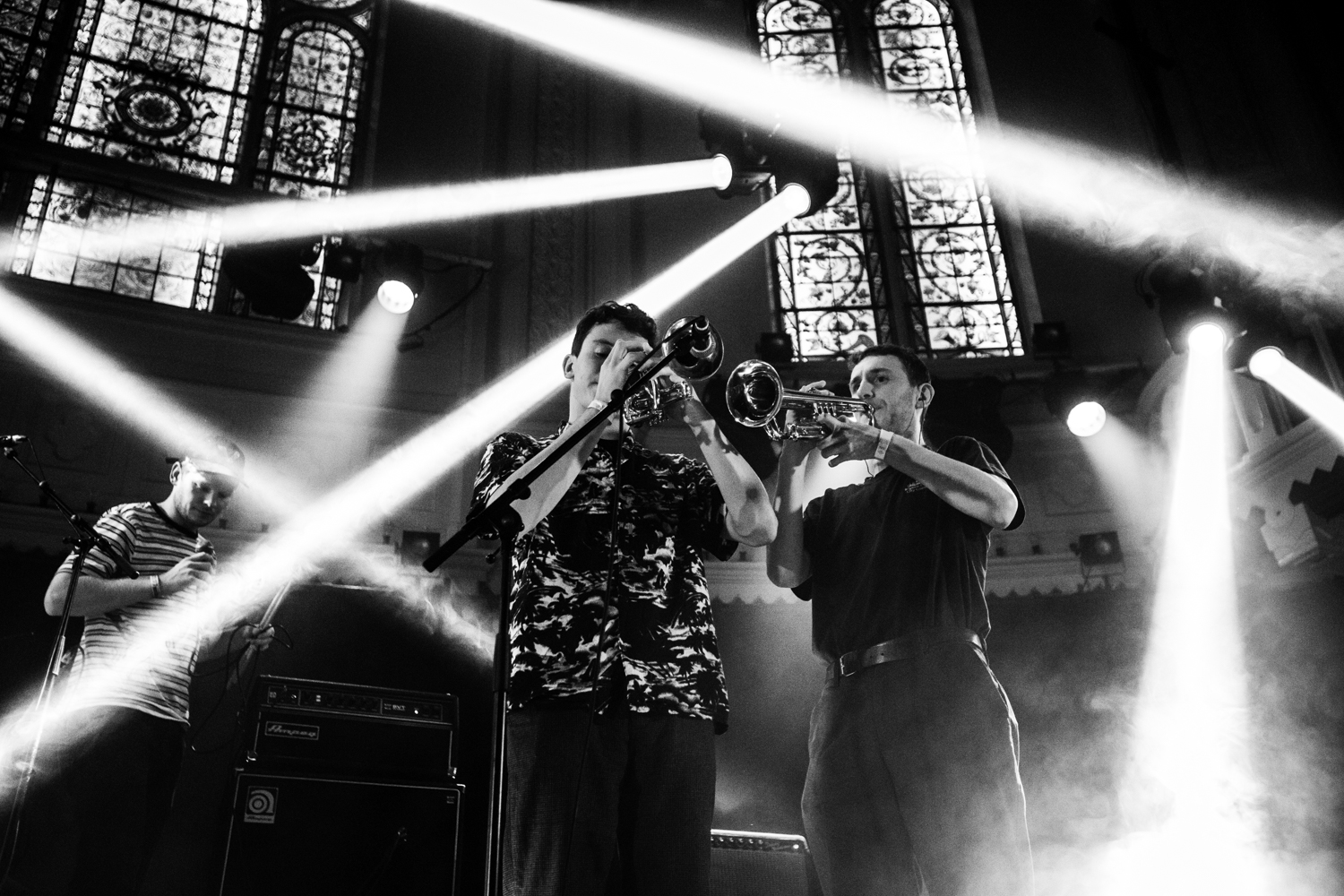 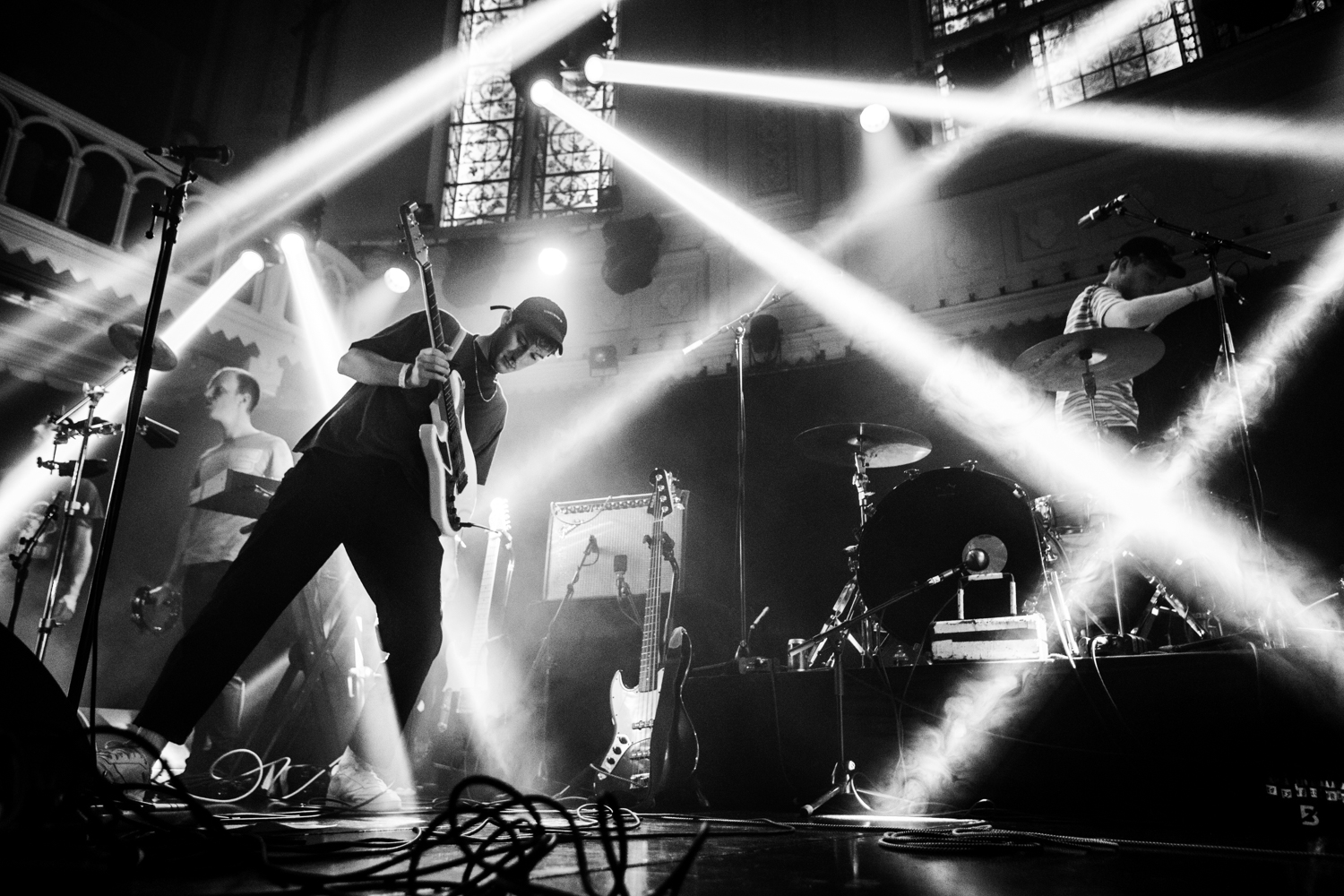 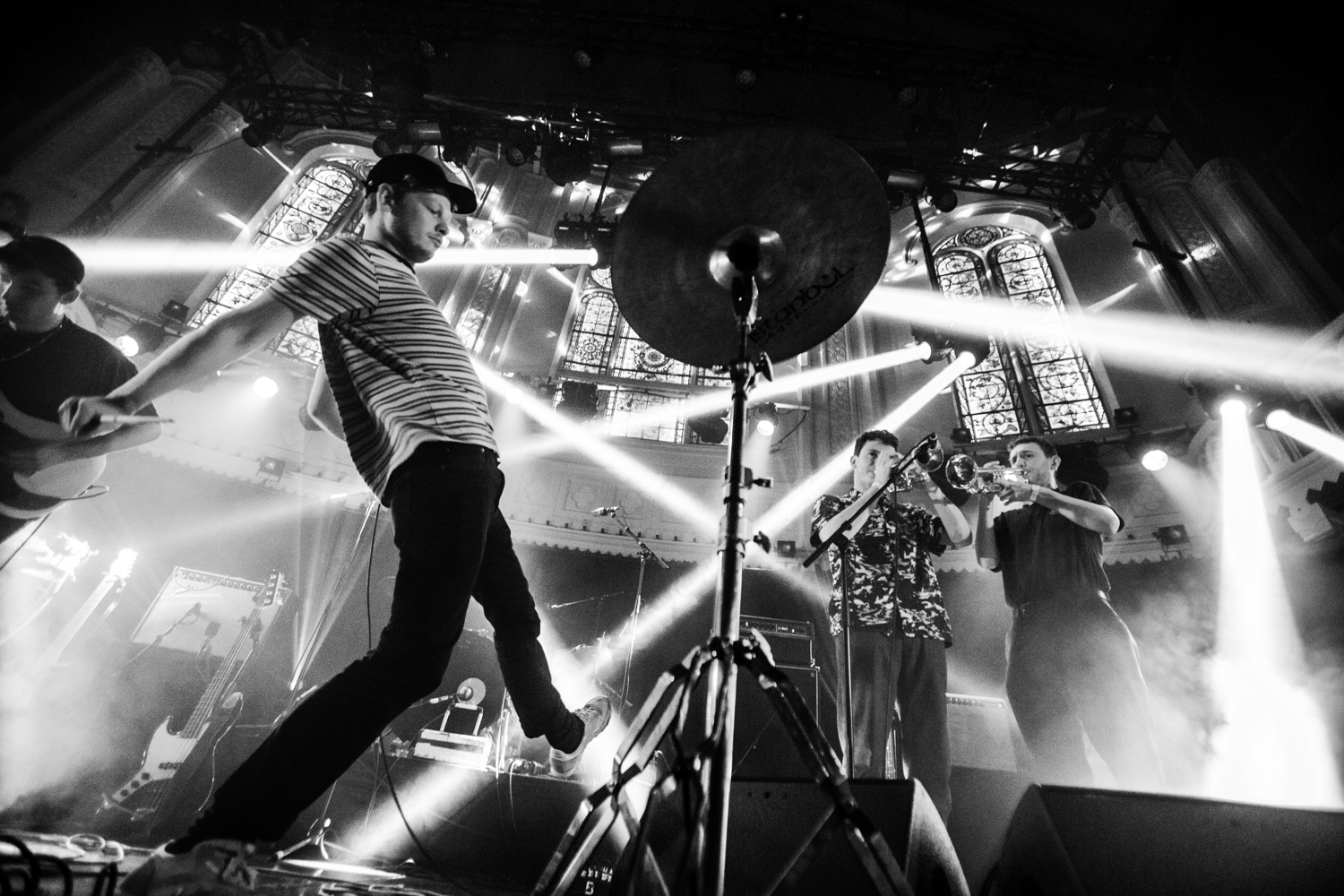