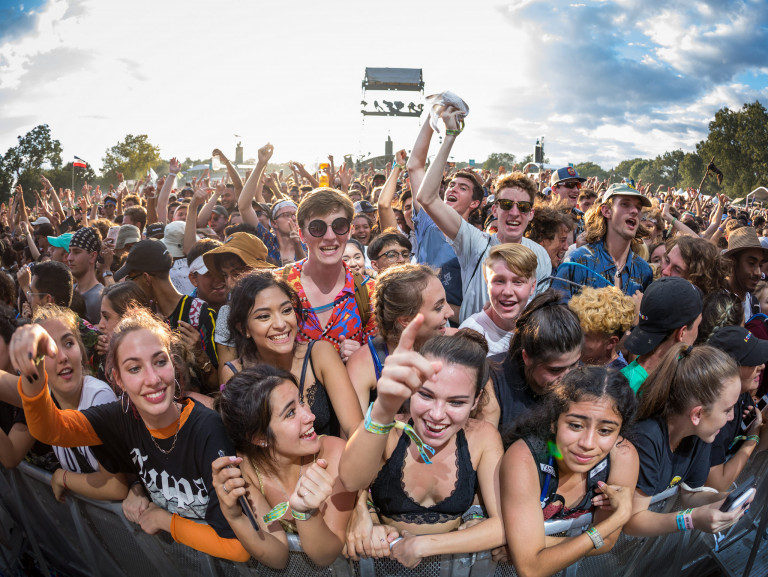 If you noticed an ungodly amount of traffic and commotion in downtown Austin last weekend, then there was good reason: Austin City Limits drew over 450,000 (75,000 per day) music lovers of all ages and inclinations to the rolling greens of Zilker Park for its 16th annual appearance. Since its humble beginnings as a one weekend event in 2002, ACL grew to two weekends in 2010 and hasn’t looked back since. Taking place this year from October 5-7 and October 12-14, the festival featured eight stages and an impressive 148 performances – 110 during Weekend 1, and 107 during Weekend 2. Headliners included groups from nearly every genre: classic-rock and ex-Beatle Paul McCartney, metal legends Metallica, rapper Travis Scott, indie outfit Arctic Monkeys, Odesza‘s electro-trap plus Justice and The National. Lil Wayne and Phoenix were also added to the lineup after Childish Gambino, originally scheduled for Weekend 2, was forced to cancel due to a foot injury. 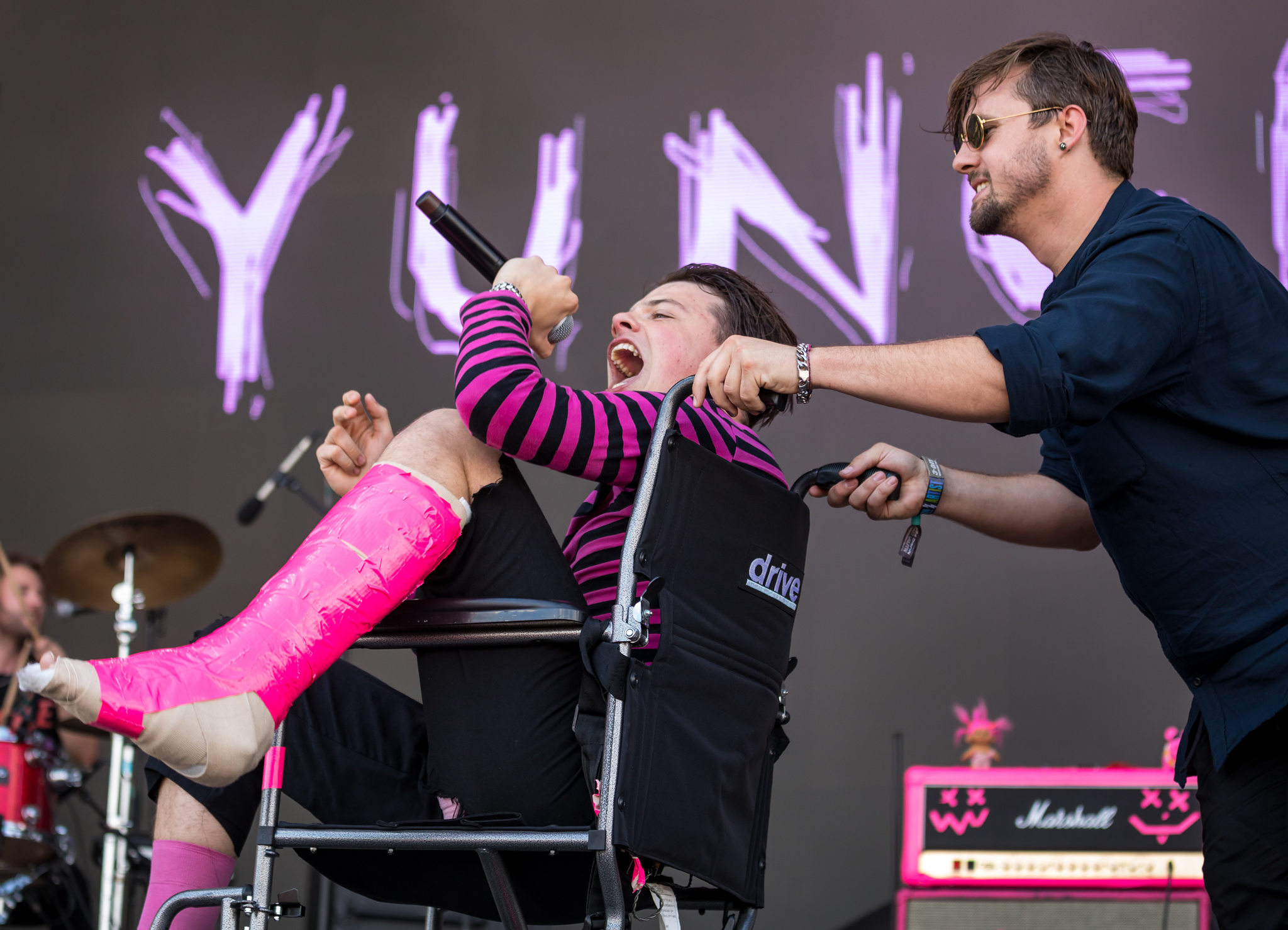 In contrast to the scorching heat of the first round of ACL, Weekend 2 was threatened to experience heavy rains and cold fronts from tropical storms building in the Atlantic. Thankfully, the weather proved to be no problem; it was either pleasantly sunny or cloudy the entire weekend. There were plenty of shady trees that allowed festival-goers to evade the heat as they listened to bands from afar, napped, or enjoyed food from one of the many booths in Austin Eats. Featured restaurants included Austin favorites – Torchy’s Tacos, Stubbs BBQ, and Amy’s Ice Cream- as well as everything from funnel cakes and turkey legs to vegetarian curry. In addition to having great food, ACL gave artists from the community an opportunity to showcase their unique talents at the Art Market. This section of the festival allowed attendees to leave with more than just a concert t-shirt; hats, boots, posters, and paintings were all for sale by local artisans.

Ralph and Makayla Arvesen spent the weekend traversing Zilker Park, and below Makayla has highlighted three performances from across the weekend.

Although many were excited for Childish Gambino, whose cancellation left some large shoes to fill, Lil Wayne proved to not disappoint. Fans gathered an hour before his set, as soon as BAZZI left the stage, to begin pushing their way towards the front of the energetic crowd. The heat definitely took its toll as numerous fatigued festival-goers passed out from dehydration while they waited for Wheezy to take the stage. Luckily, the amazing medical crew and festival staff was able to efficiently provide care and ensure everyone remained safe. Lil Wayne received a warm welcome as he celebrated his first live show since releasing new album Tha Carter V. The crowd went wild for nostalgic classics Go DJ, Lollipop, and A Milli, as well as going crazy for Wayne’s latest hit, Uproar. Needless to say, much moshing ensued, resulting in an extremely sweaty and unforgettably good time. 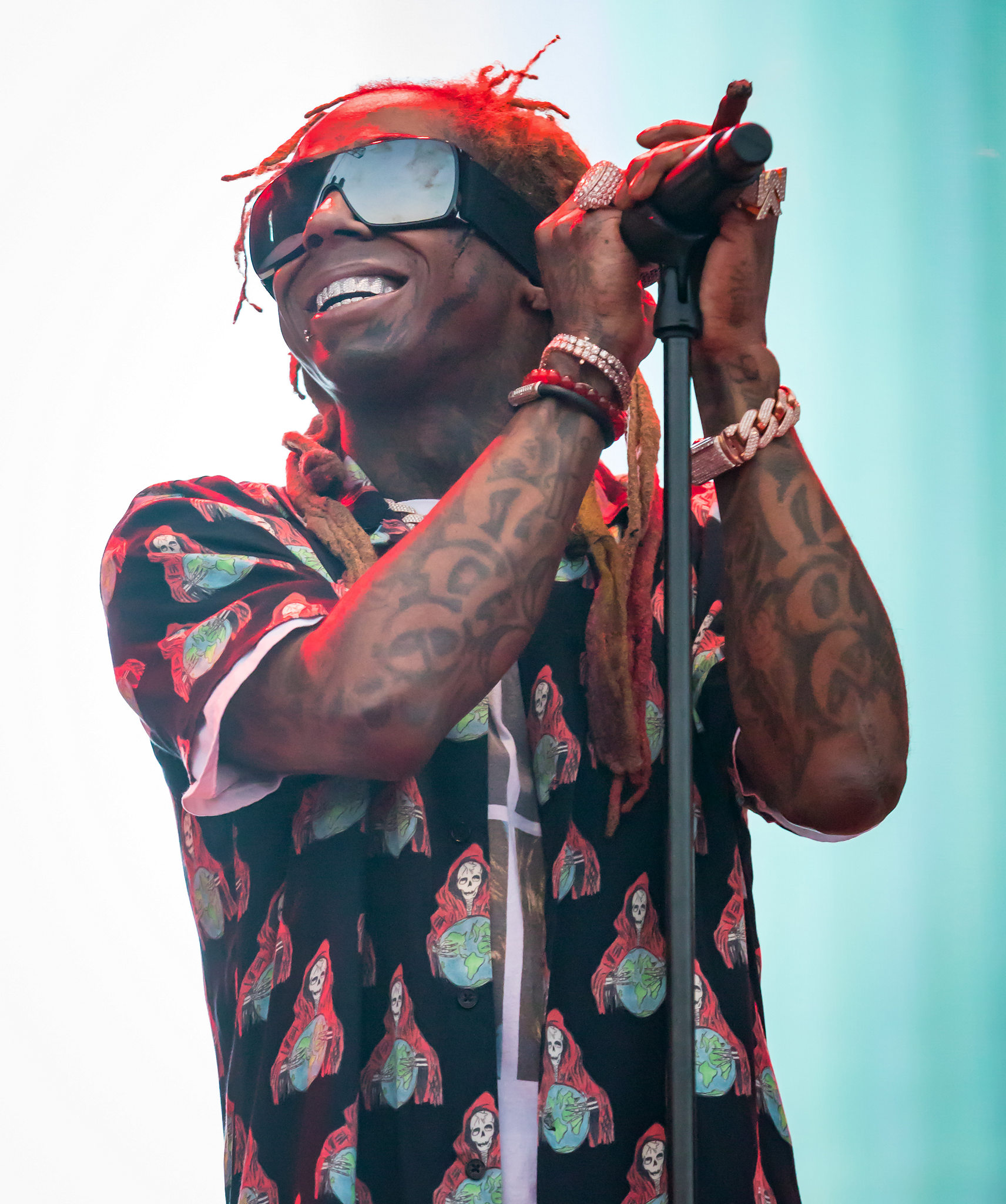 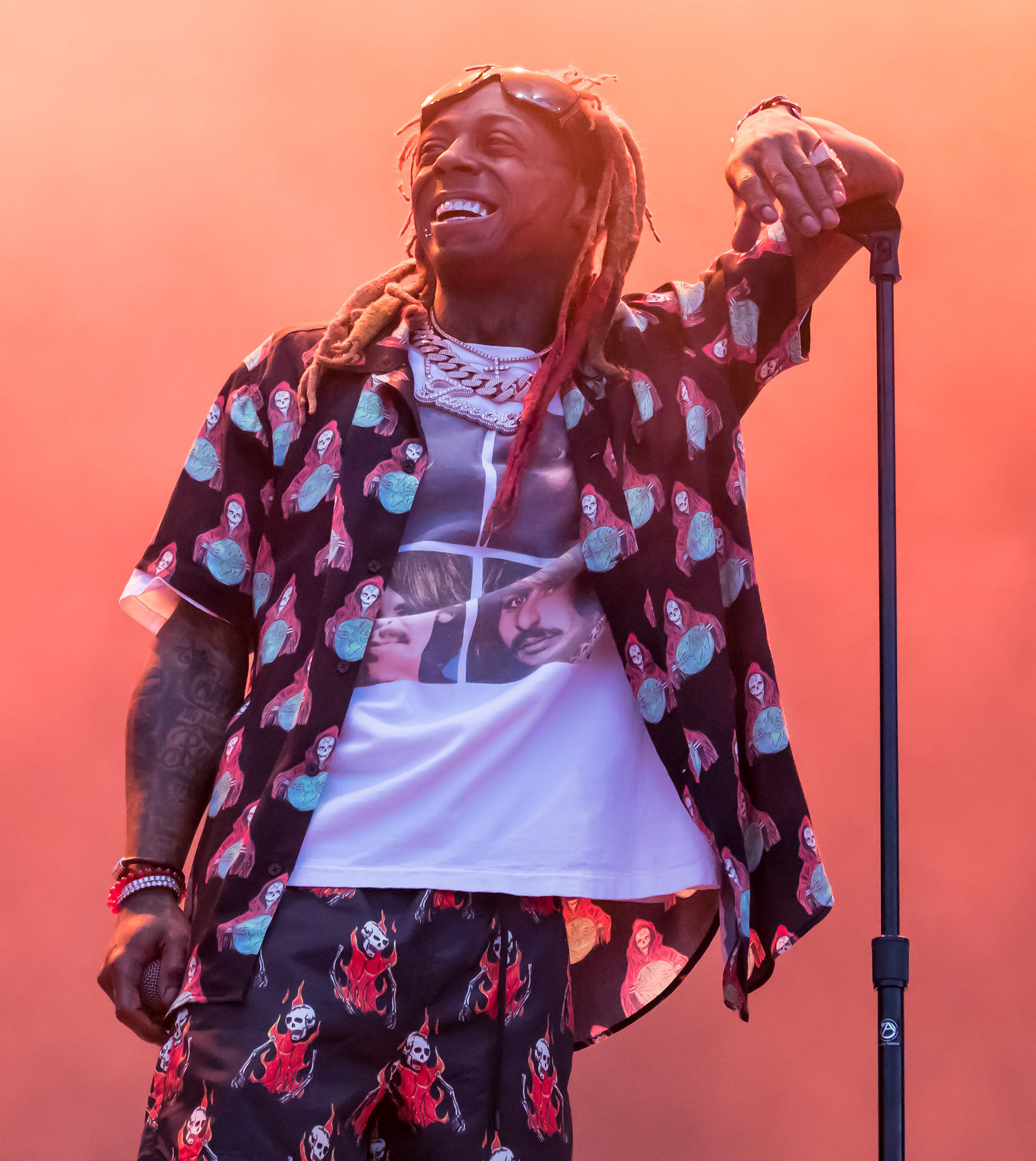 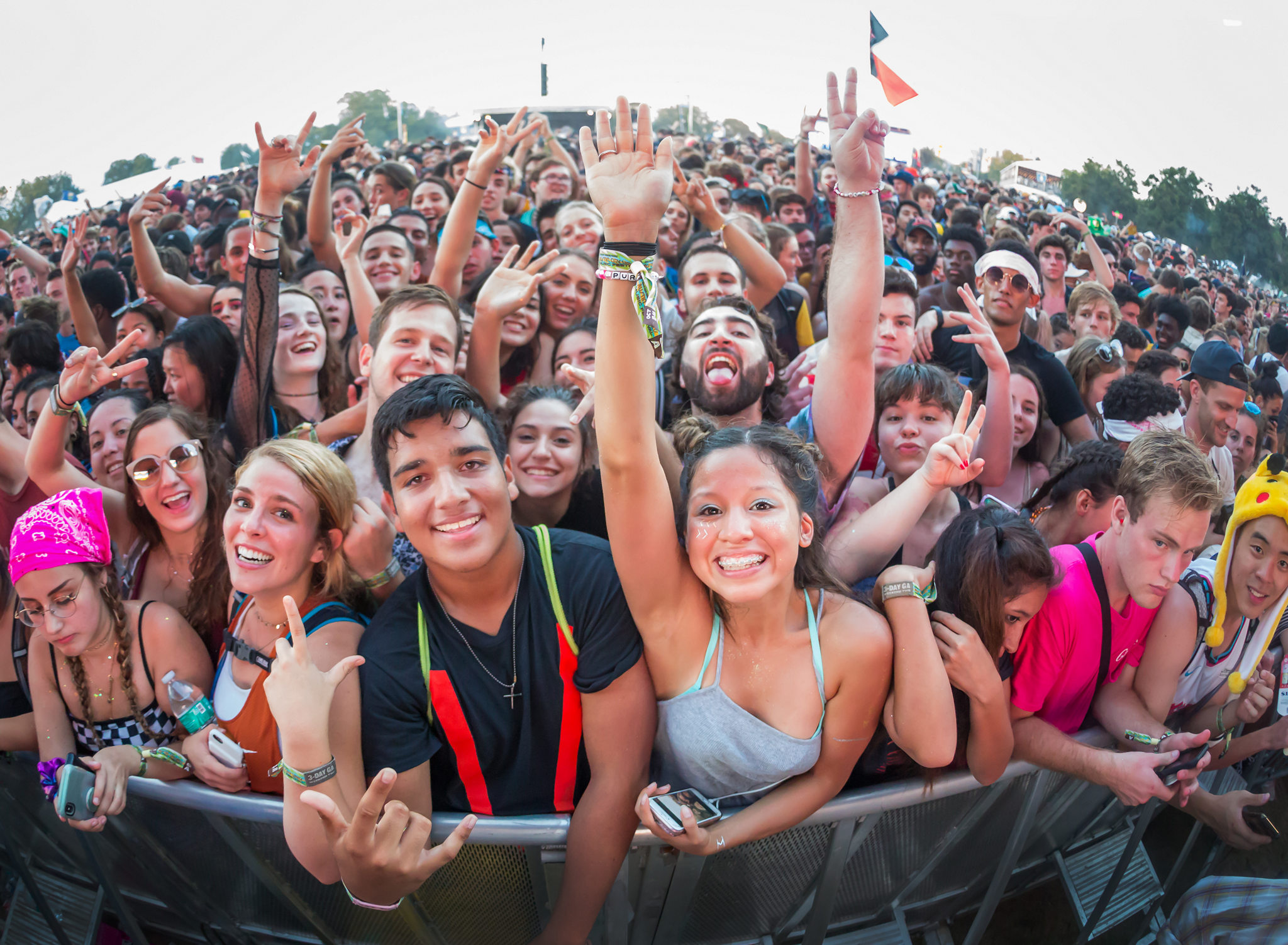 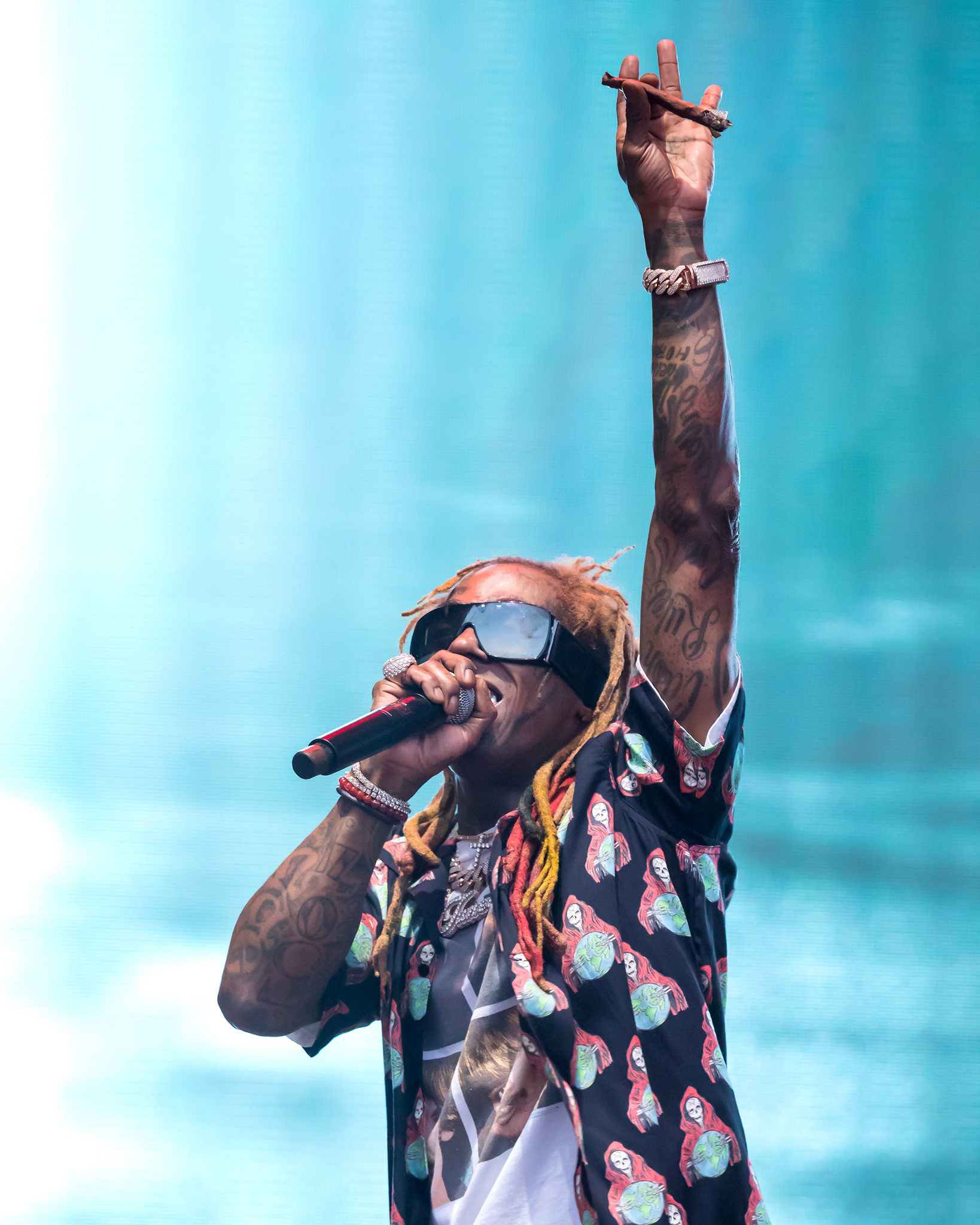 What’s the difference between nineteen-year-old Dominic Harrison and renowned rapper Childish Gambino? Only that the latter will let a broken bone cancel their ACL performance. Although Harrison (the musician behind the YUNGBLUD moniker) broke his ankle Saturday night while performing in Houston, he was wheeled on stage straight from the hospital Sunday morning to deliver an ultra-hyped show to extremely excited fans. Much like his music, Harrison was wild and all over the place, refusing to let a neon pink cast hold him back. Polygraph Eyes tackled the relevant problem of rape and consent, while hit 21st Century Liability highlighted mental health issues. For the closing song, he invited a large group of teens on stage to rock out and take selfies, making for an unforgettable experience. Overall, YUNGBLUD’s was one of the most energetic and engaging performances all weekend, and Harrison shone like a true rockstar. 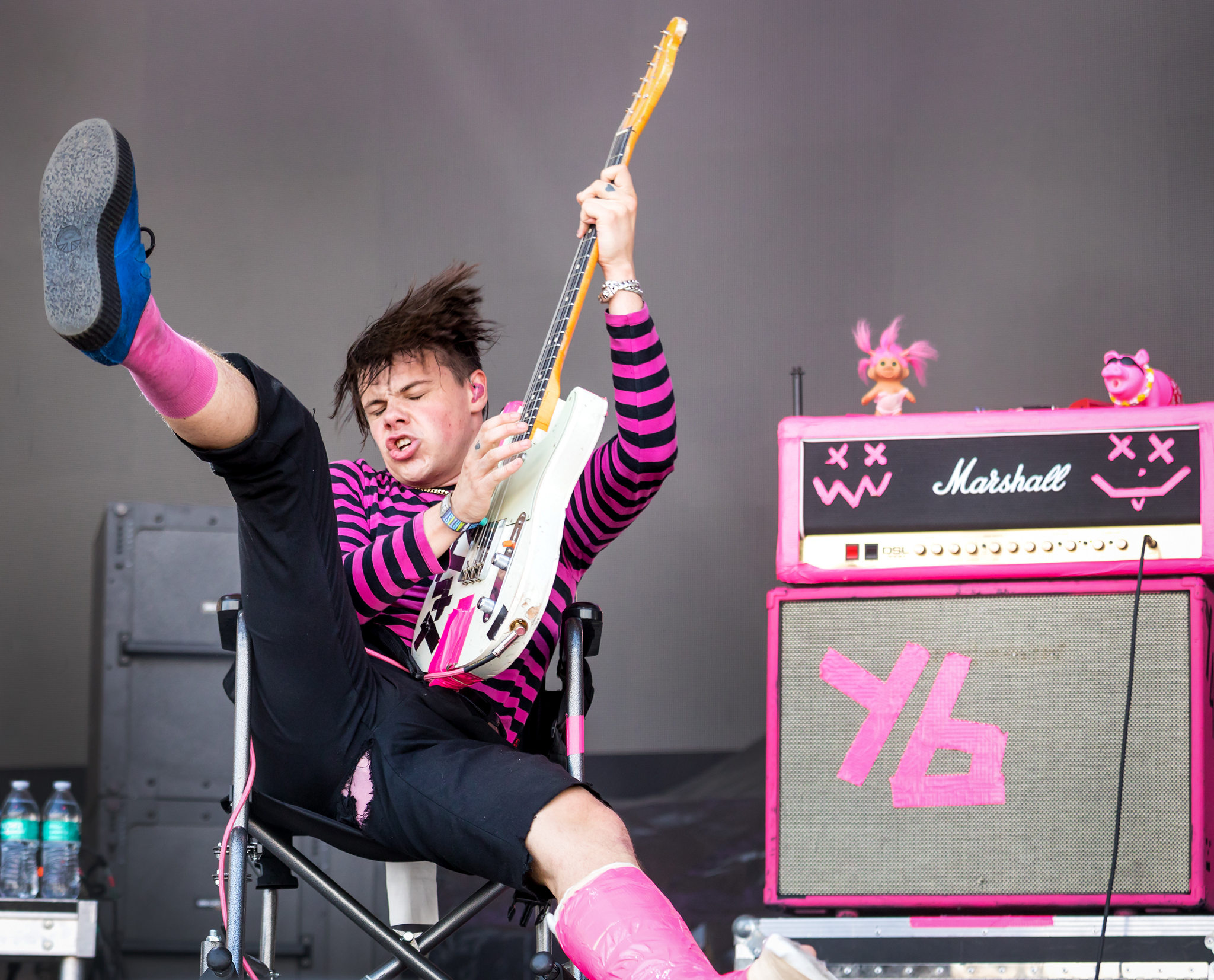 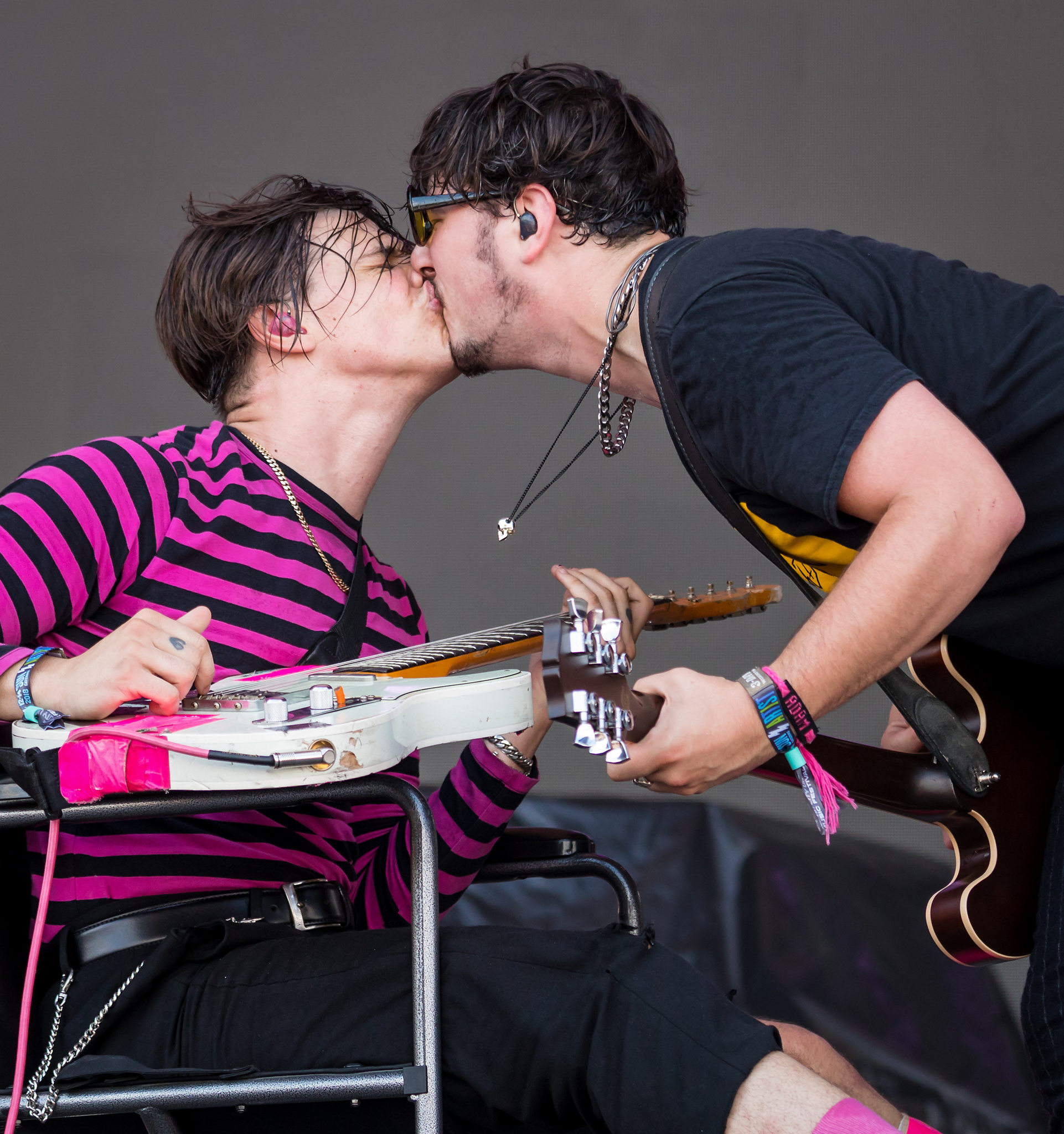 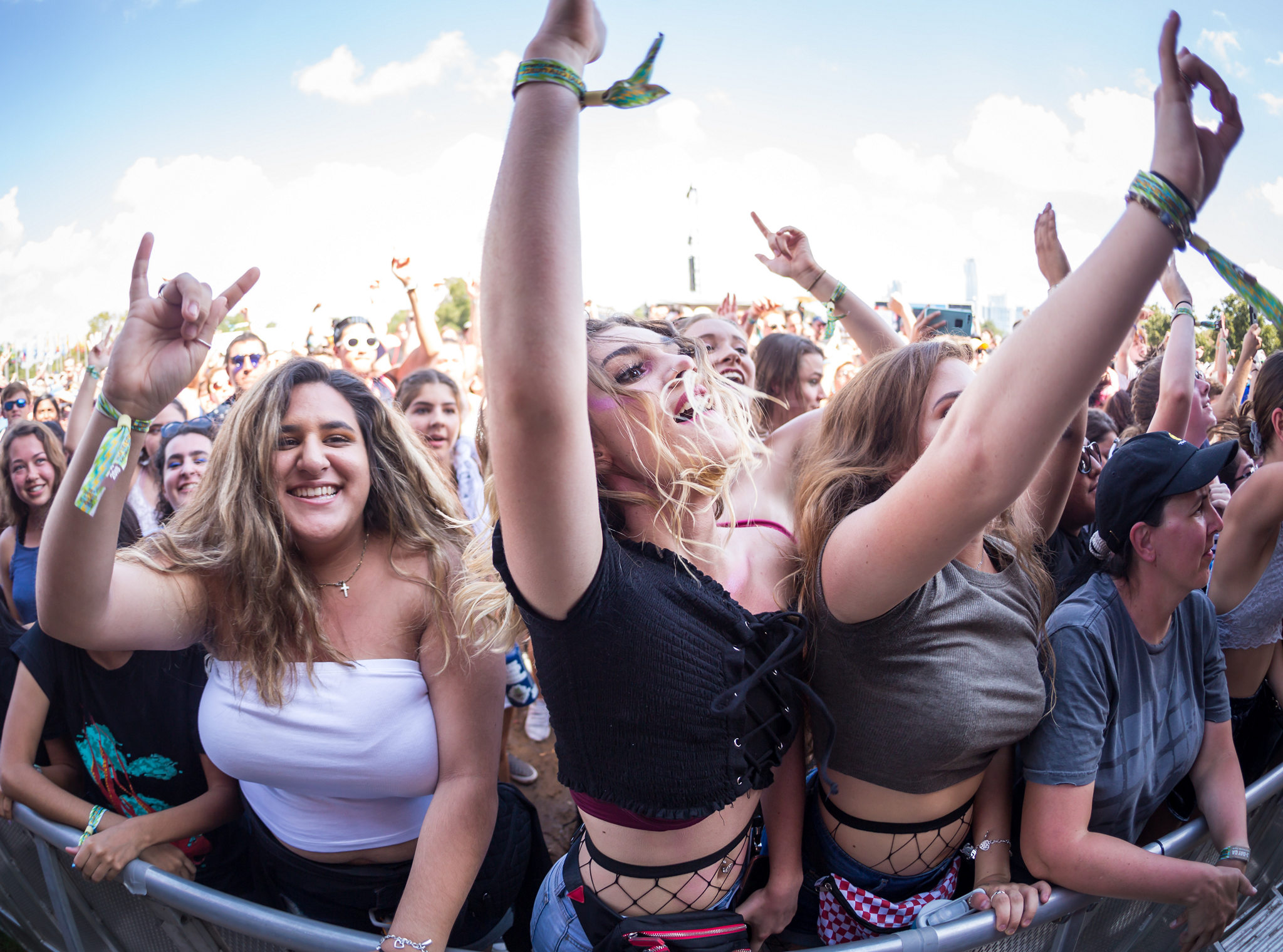 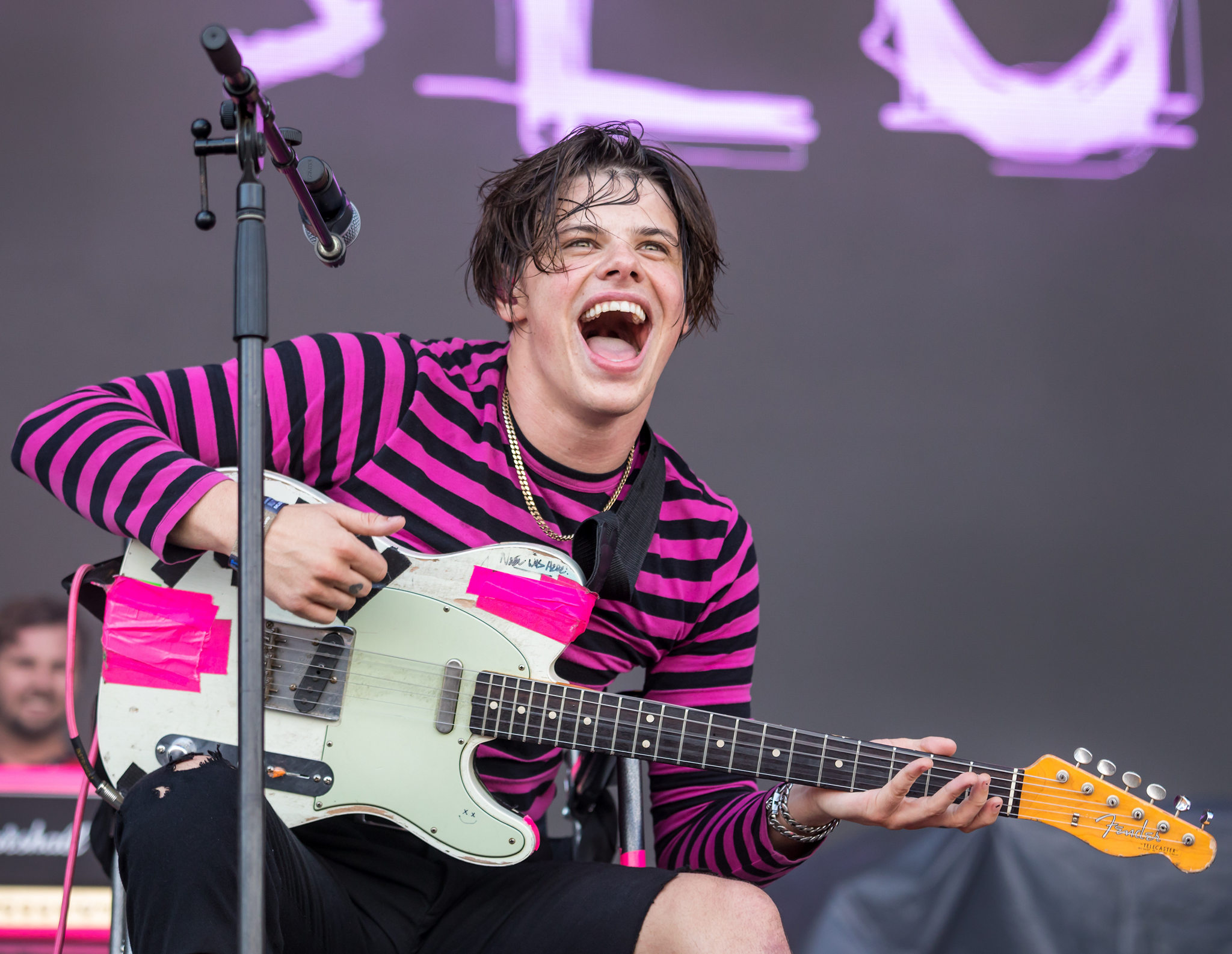 Perched atop a large royal throne, donning a loud, black, white, and red accented pant suit, singer/actress/feminist Janelle Monae proclaimed, “Love… love is what draws people together,” and thanked every person in attendance for simply being themselves. She killed her politically-charged performance, delivering important messages about feminism and sexuality between numerous outfit changes that were all equally as eye-popping. Being located at the American Express Stage and surrounded by five talented, flashy dancers, missing Janelle Monae would’ve been both a shame and hard to do. 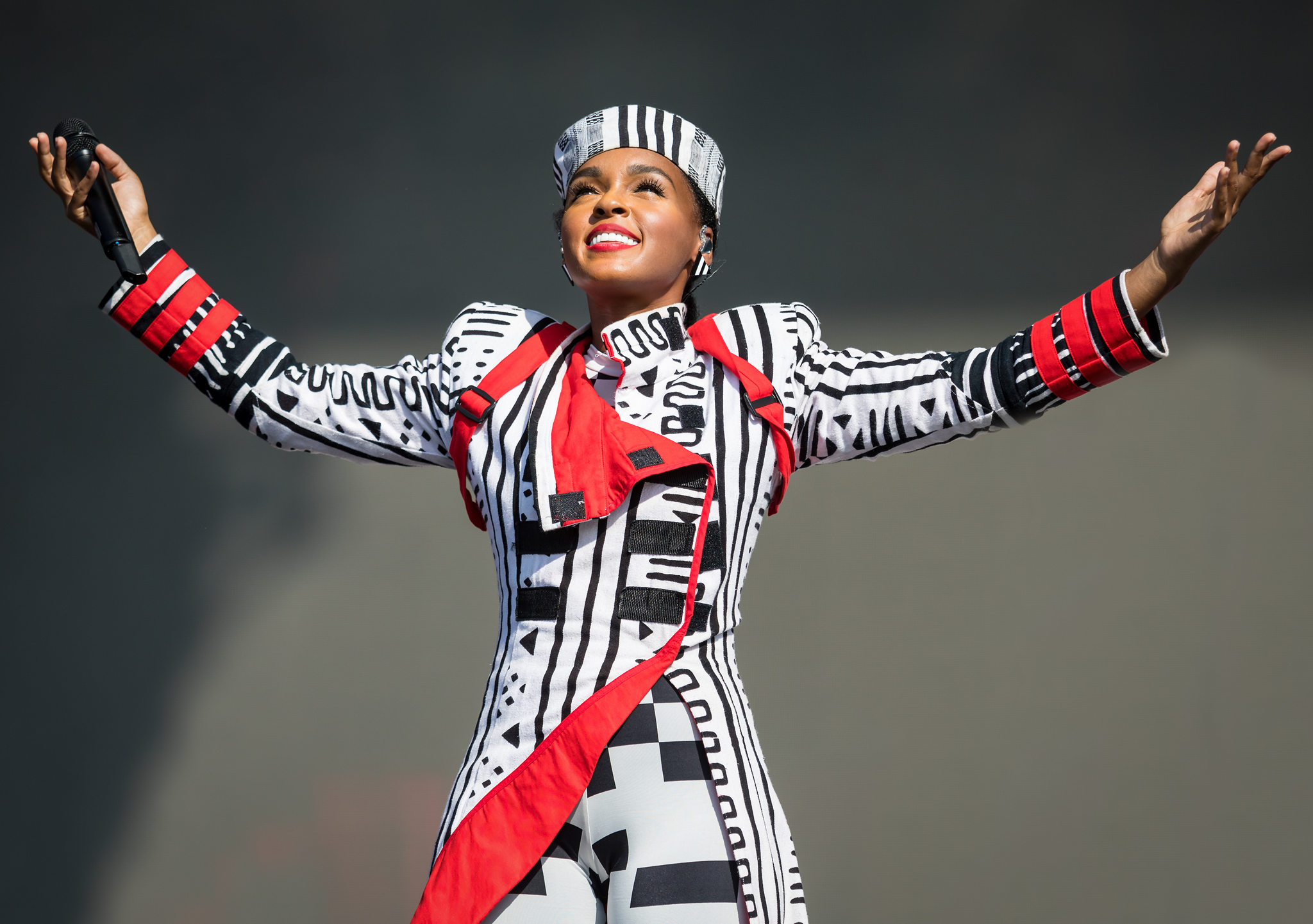 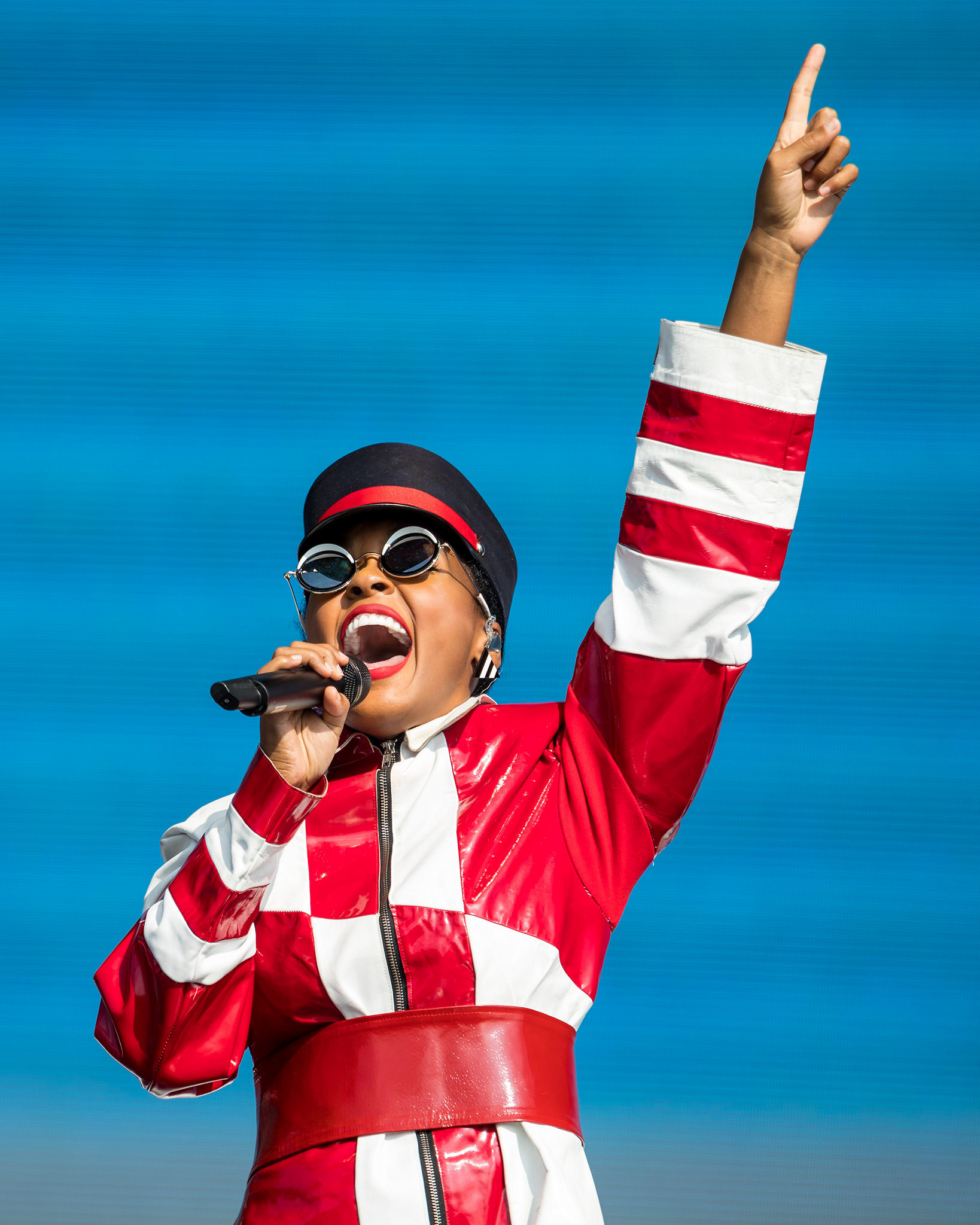 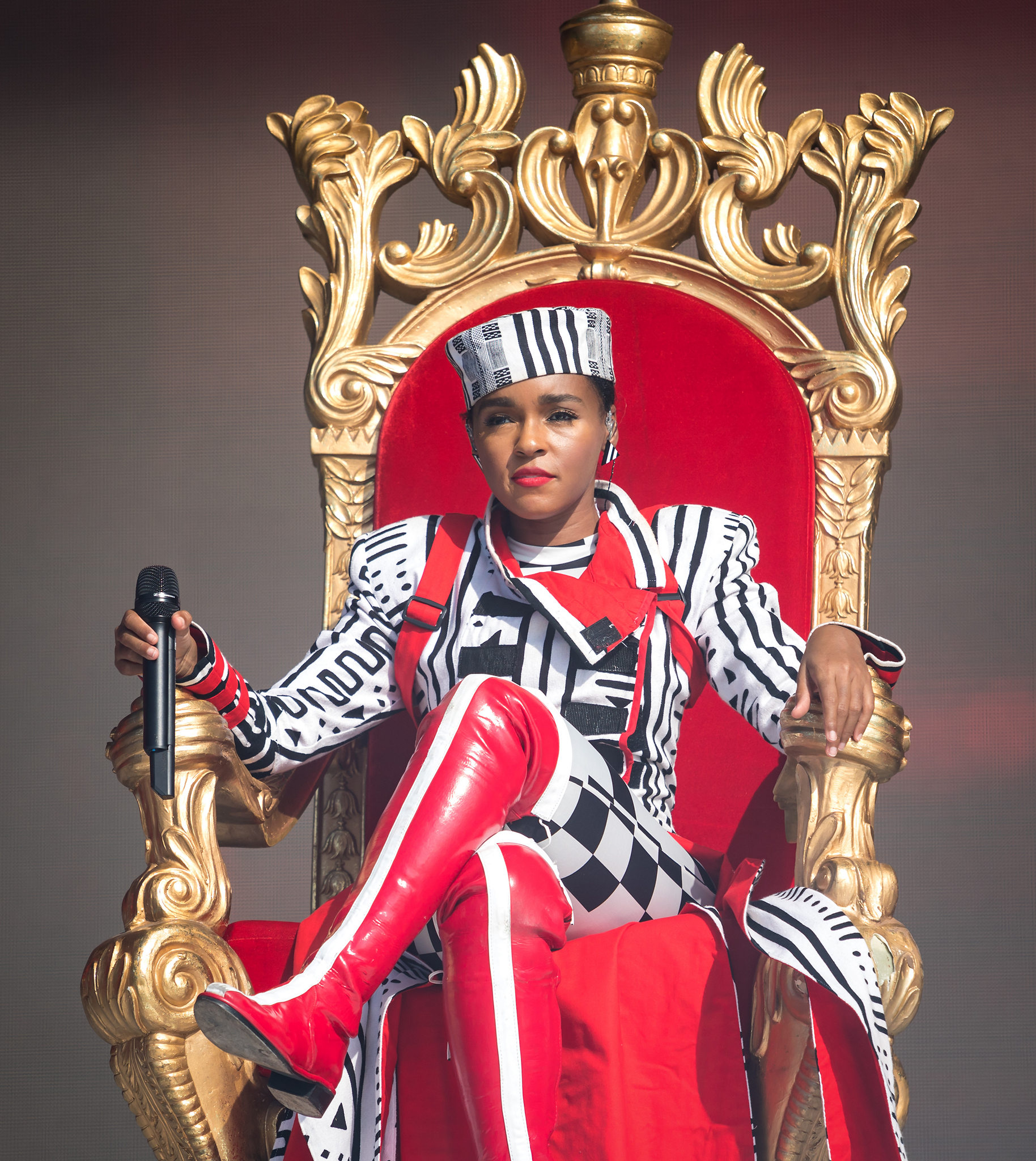 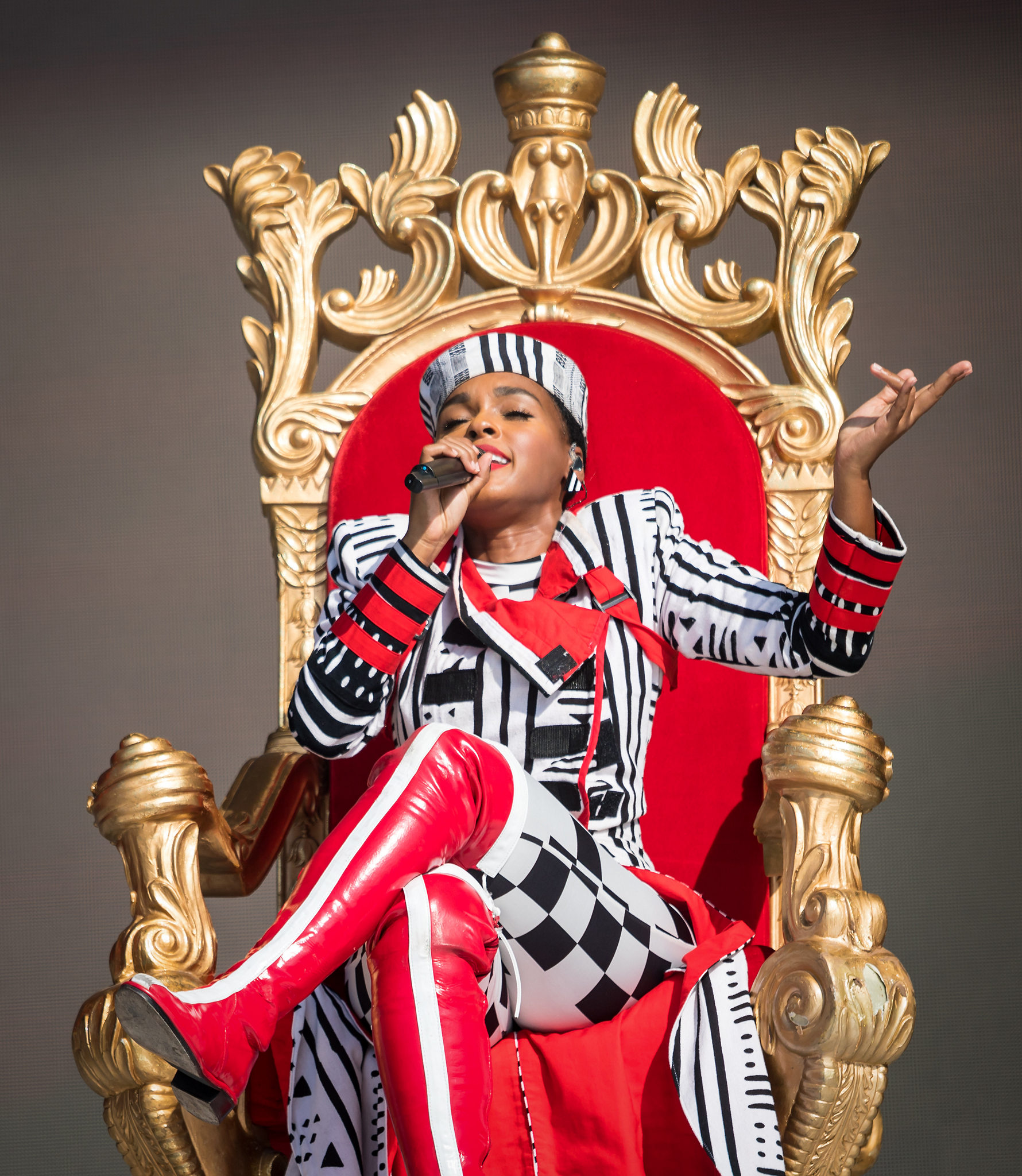 Check back later for a full gallery from across the entire weekend, featuring David Byrne, Odesza, Hozier and many more.