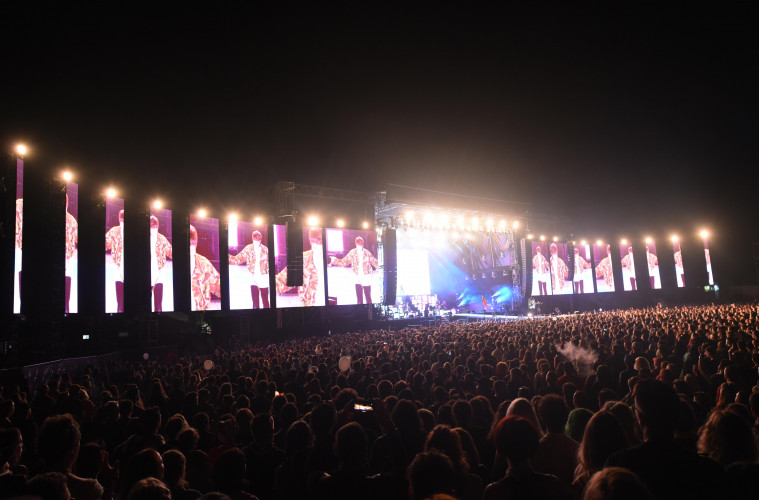 Have you ever heard of Electric Castle? Chances are that you haven’t quite been made aware of the Romanian bash, probably due to it being pretty far out from the Western-centric festival world. For some reason, Eastern European festivals often fall off the critical radar despite their ability to put on events which are just as good – if not, better – than their continental counterparts. The picturesque Electric Castle is one of the highlights in the European festival calendar, boasting its biggest line-up to date with names which make the sunny weekender all the more exciting. Shali Blok spent the week in Romania as part of our big European Interrail Adventure, and here are the 10 best performances.

World music is a big part of the festival landscape anno 2019, and nothing could have been more truer by the time Dutch outfit Jungle By Night‘s set came to a blistering end in Romania. The nine musicians are some of the most talented the Netherlands have to offer, turning each and every crowd they appear in front of into a frenzied mass of flailing limbs and shaking hips. New album Livingstone is their best release to date, and you didn’t have to look very far at Electric Castle to find out why. 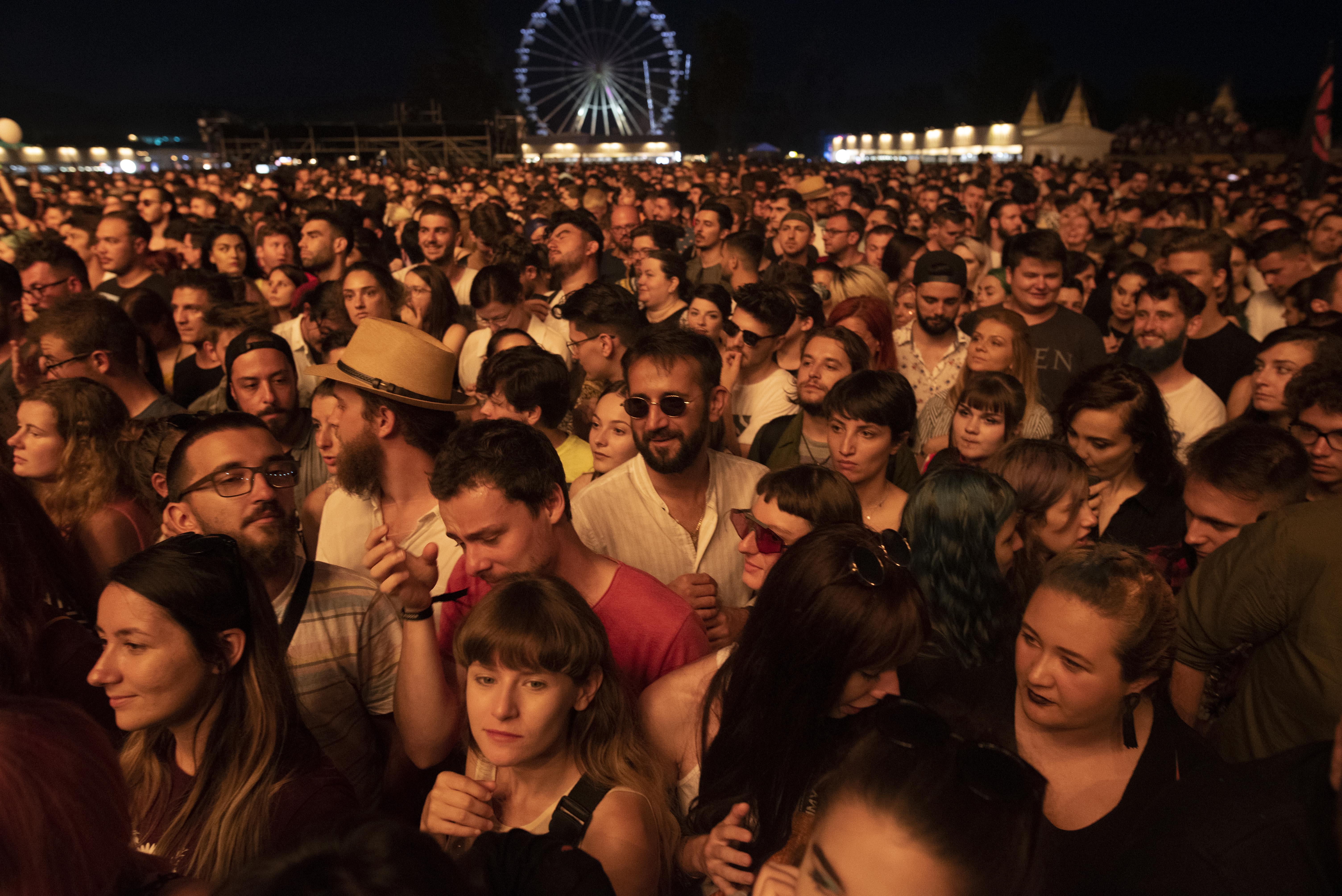 It’s been a while since Metric graced the stage in Europe, let alone Romania. In fact, it was the band’s first ever appearance in the Eastern country to date, upping the exclusivity factor over the course of their sixty minute show. The show was in support of latest release Art of Doubt, with a majority of the show centring on the powerful new album. Show finale Now Or Never Now marked the peak in the set, making Metric’s first appearance in Romania one to remember. 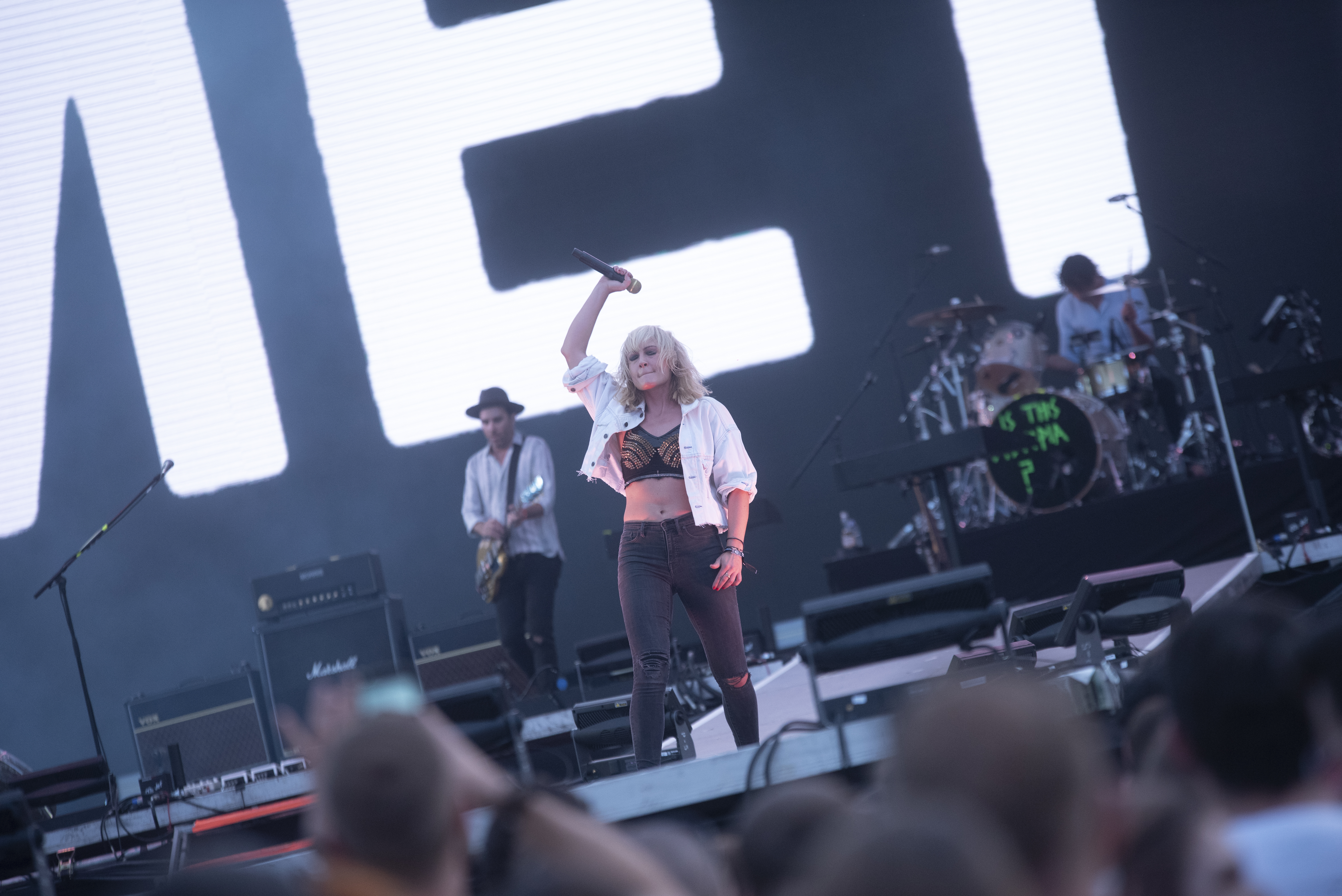 Didn’t Scottish trio Chvrches just deliver so well? Their set seemed to be strengthened greatly by an overpowering bass drone, something amplified with greater force to the ribcage during the band’s bass-heavy songs. Frontwoman Lauren Mayberry still possesses a killer voice – and she made good use of it –and everything just felt right. New album Love is Dead is filled to the brim with pop bangers, so combined with their existing back catalogue Romanian fans got a stellar performance. 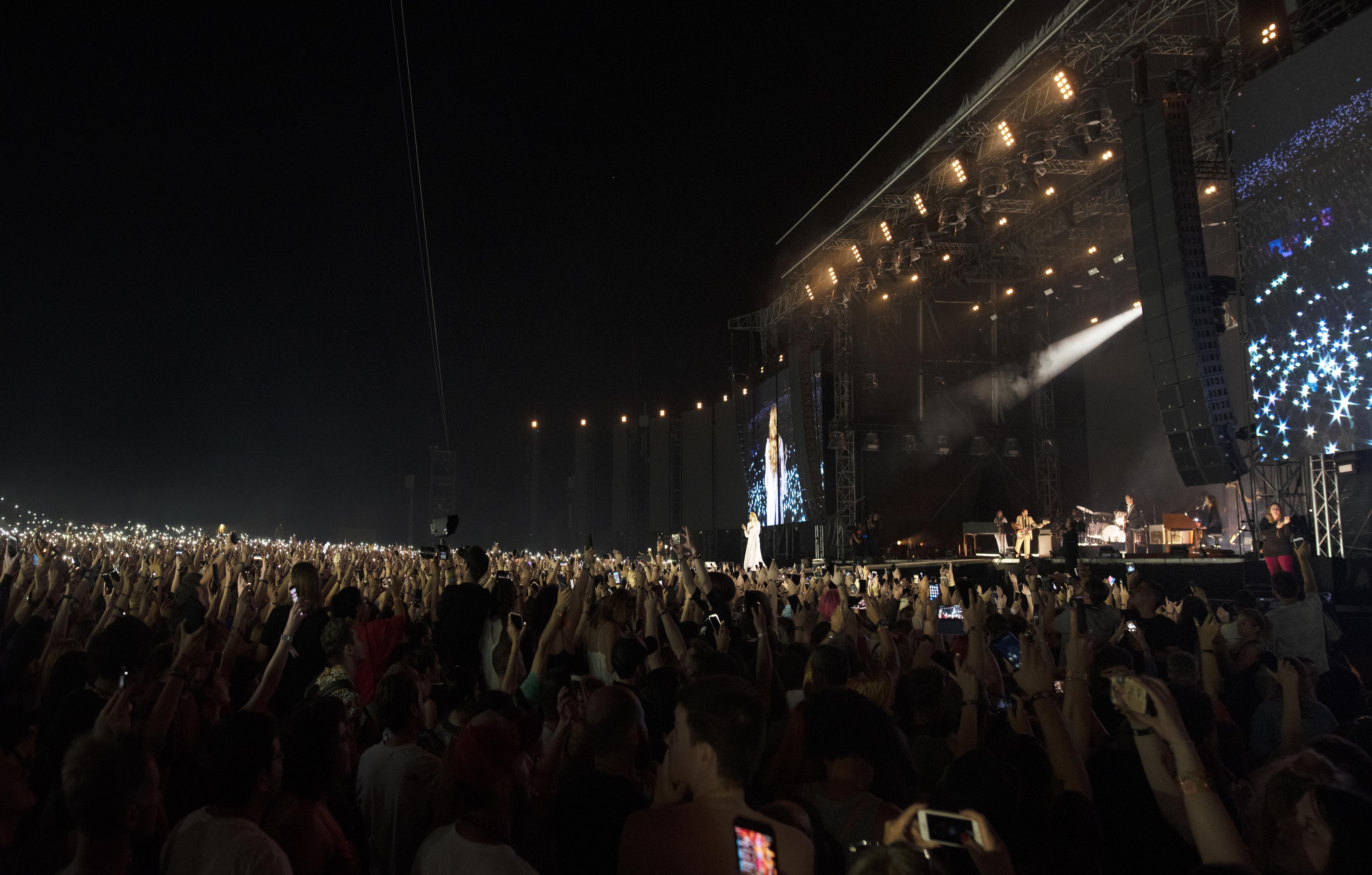 We all know Nils Frahm for his beautifully crafted, piano-led compositions. But were they going to work on the Electric Castle main stage? In short, yes – absolutely. With someone as talented, interesting and expressive as Nils Frahm, it’s no wonder that his reputation as a live performer is so strong. I doubt there was single person in the crowd who won’t be back the next time Nils is in town. 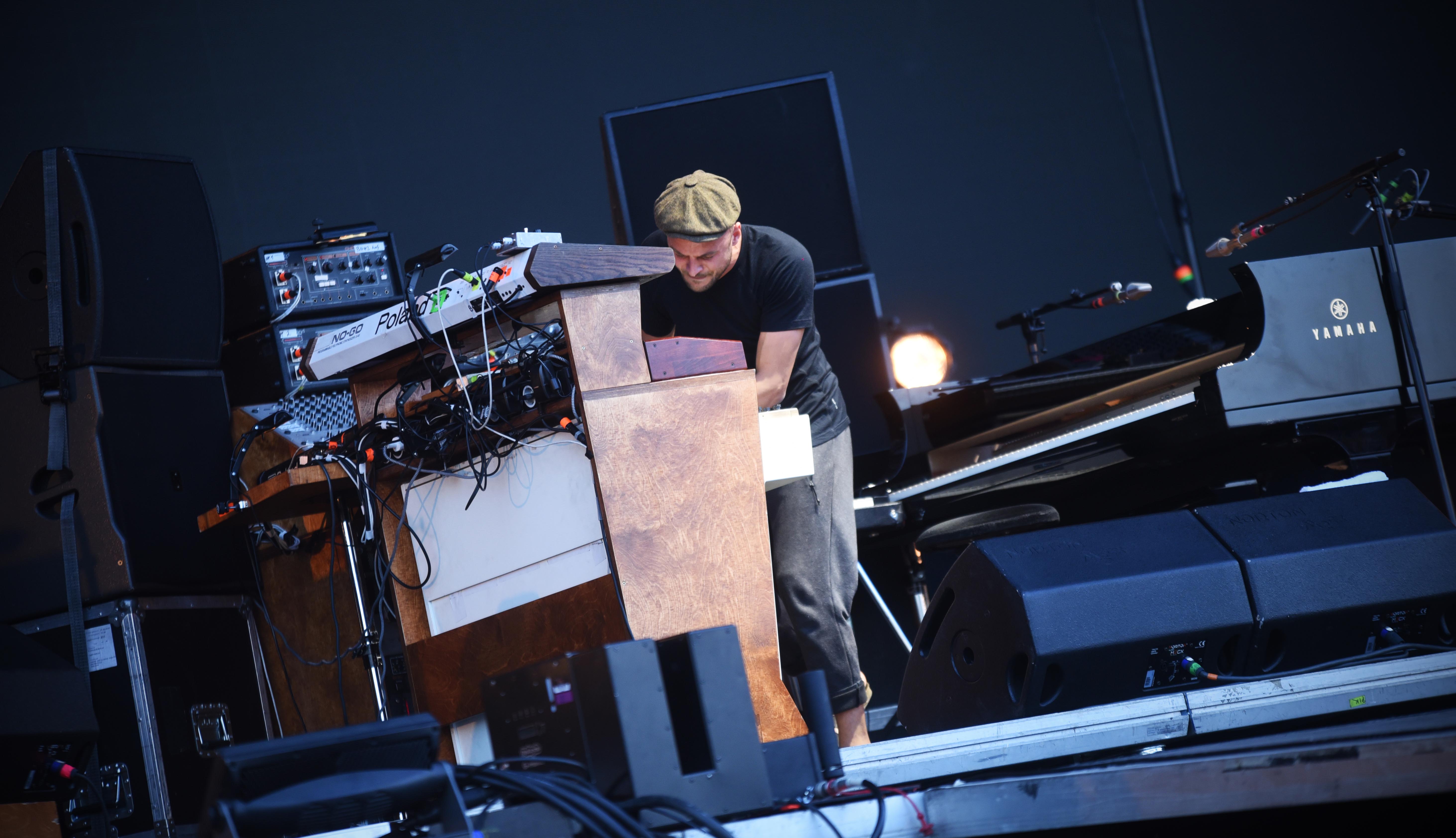 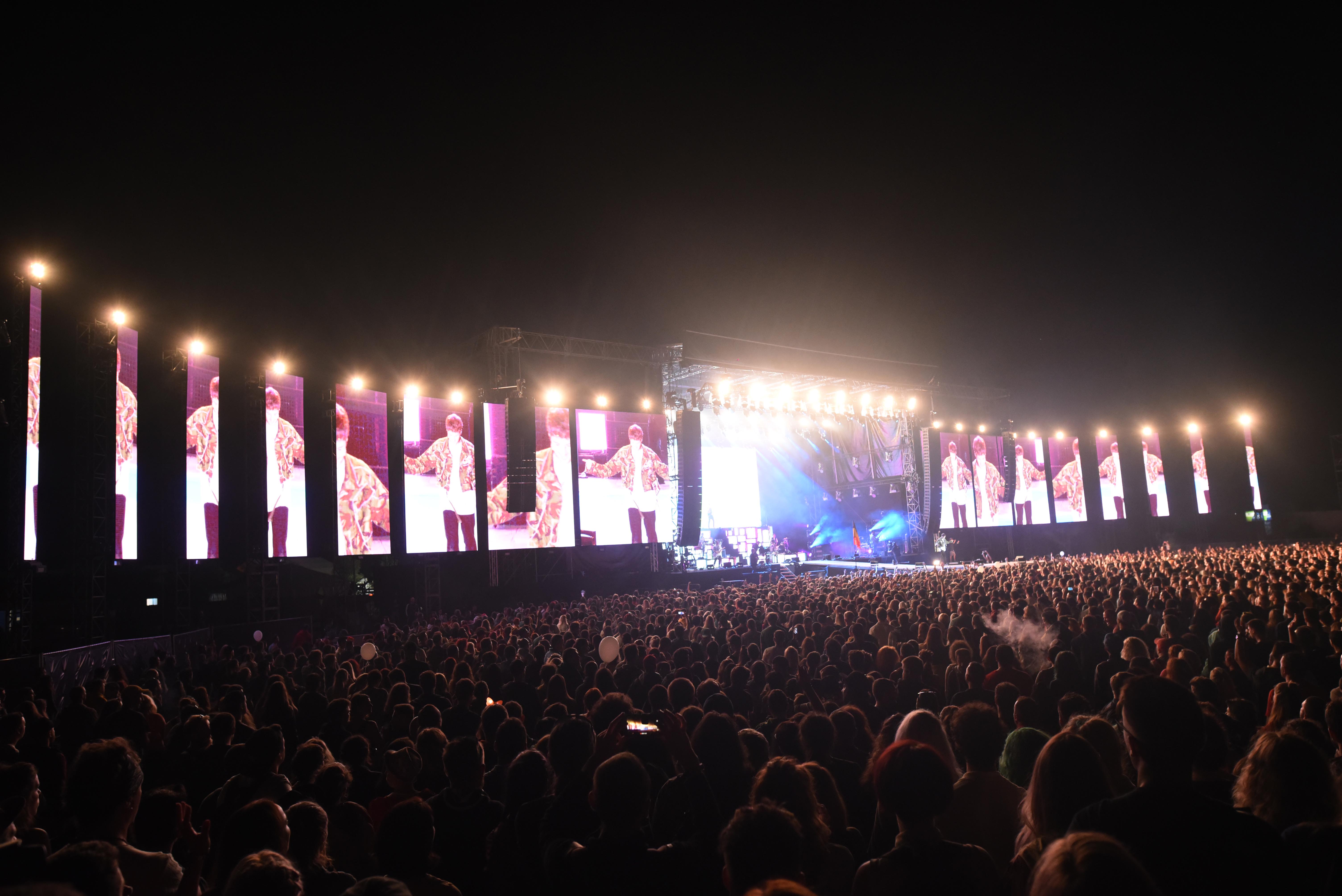 Headliners Thirty Seconds to Mars are the kind of band whose popularity in Eastern Europe knows no bounds, so the decision to book them as a bill topper was a surprise to absolutely no one. Jared Leto is the ideal showman, although you’ll only truly appreciate this if you get over the fact that Thirty Seconds to Mars have never been more of a Jared Leto project than they are today. He commandeers the stage like he was born on one, with his brother Shannon perched on the drums in front of the band’s sole item of production: a LED screen (together with balloons, confetti and a lot of fireworks). Then again, who needs production when you have Jared Leto? Set opener Up in the Air set the tone instantly, despite the band taking to the stage twenty minutes late and cutting the set down by two songs. It was on fan favourite The Kill that the show really hit its peak, before an impressive fireworks display following Closer to the Edge sent fans away with an enormous feeling of satisfaction. 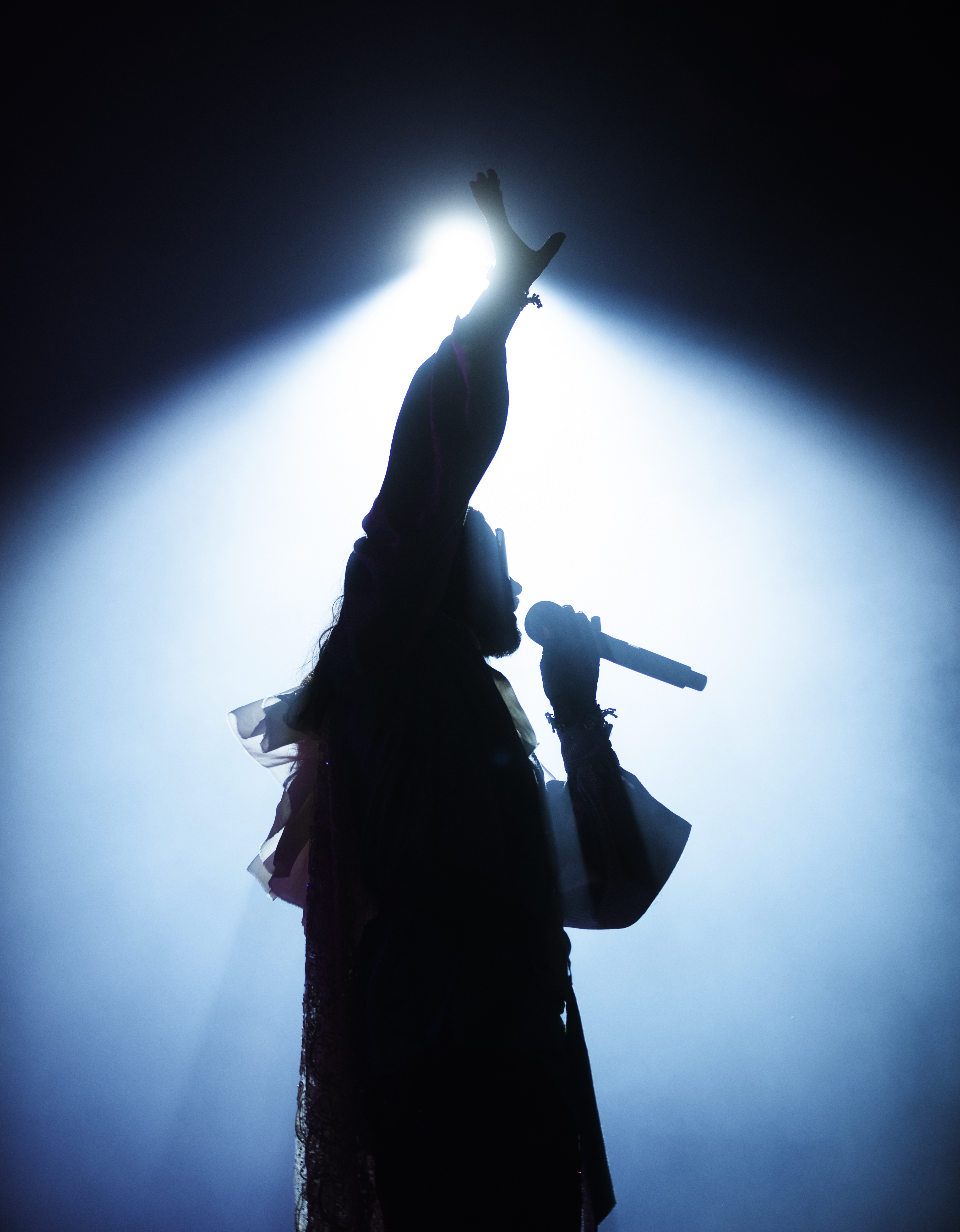 4 BRING ME THE HORIZON

Over on the sprawling main stage, Bring Me the Horizon marked the first massive crowd of the day. New album amo is a big departure from their previous output, serving as the perfect sonic progression for a band who have never been afraid to switch things up in the studio. This time round, they’ve also switched things up live, upping the production value with tons of TV screens, walkways, creepy dancers and the like. Frontman Oli Sykes wears a red suit emblazoned with newspaper cuttings of mass murder verdicts (including the Manson cult), his vocals a mix of snarling growls and serene cleans. People have given him shit in the past for not singing live, but he’s cleaned up his vocal act nowadays. Set opener MANTRA set the tone, hitting hard as co2 blew across the stage. House of Wolves followed, turning the intensity up by a few notches before the restrained medicine turned it down a touch too many. The set served as a perfect time capsule, focussing on everything the band has done so well in the past whilst also providing doubters with a glimpse of the future. Shadow Moses and wonderful life produced the pits, with Grimes collaboration nihilist blues starting a mini rave on the Volcano Stage. It wasn’t until set closer Throne that everything came together though, with the Sheffield quintet absolutely tearing the house down in what should serve as their best summer festival run. It’s a busy summer for the band, but at this rate it looks like it’s going to be one hell of a strong one. 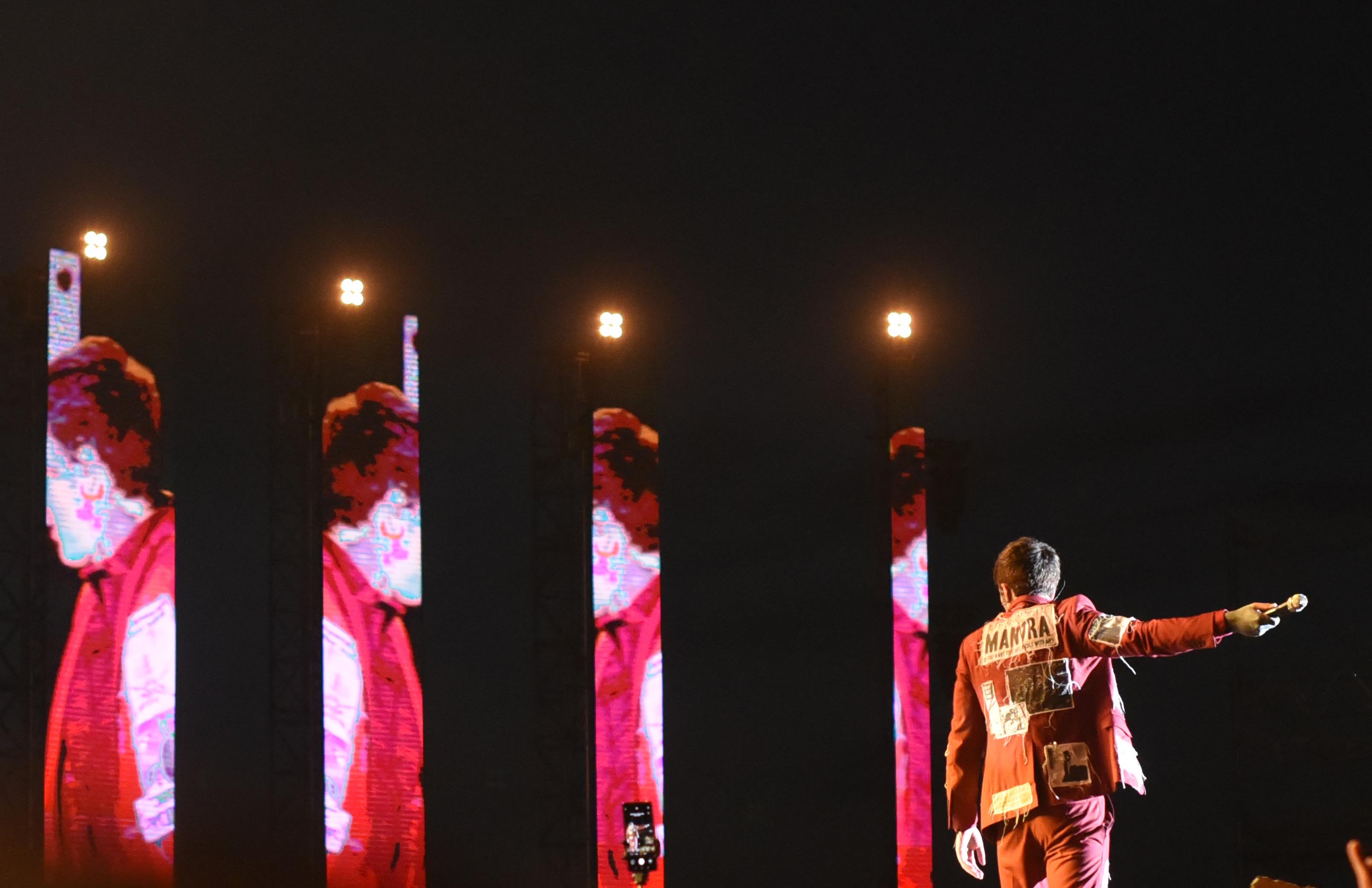 Who needs viagra when you can have Viagra Boys? The Swedish post-punk maniacs aroused a sweaty crowd at Electric Castle, tearing the house down with cuts from last year’s mad Street Worms. Nearly the entire set leans on this record, save for opener Research Chemicals. It’s already at this point when frontman Sebastian Murphy removes his top, allowing beer to drip out of his mouth and down onto his tattooed torso. He’s clearly out of his mind, but it generally goes unnoticed as the show is all the more weird and wonderful for it. Highlights Sports and Down in the Basement are manic exercises in post-punk brilliance, with a fifteen minute version of set closer Shrimp Stack serving as the absolute pinnacle of a Viagra Boys live experience. That’s right, not a live show, but a full-on experience. 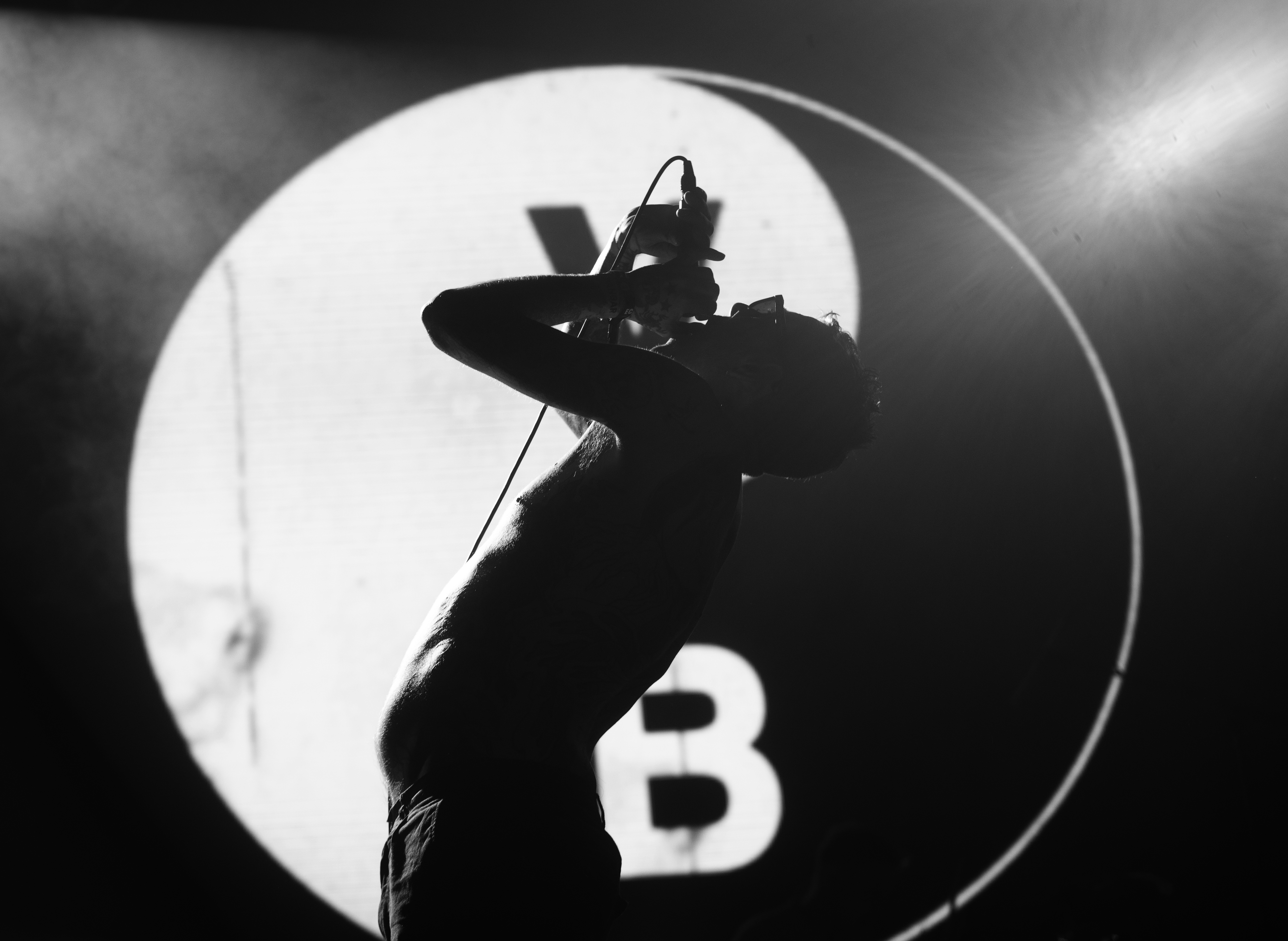 Grandmaster Flash is often hailed as the king of rap and hip hop, serving as one of the genre’s ultimate frontrunners and pioneers. He also doesn’t tour Europe very often, and like most of Electric Castle’s international bookings it was also his first appearance in the country. The result? A set packed to the rafters with hip hop classics of yesteryear, including – obviously – The Message. And in a time where the world is in turmoil, Flash’s boundless positivity was the message everyone needed. 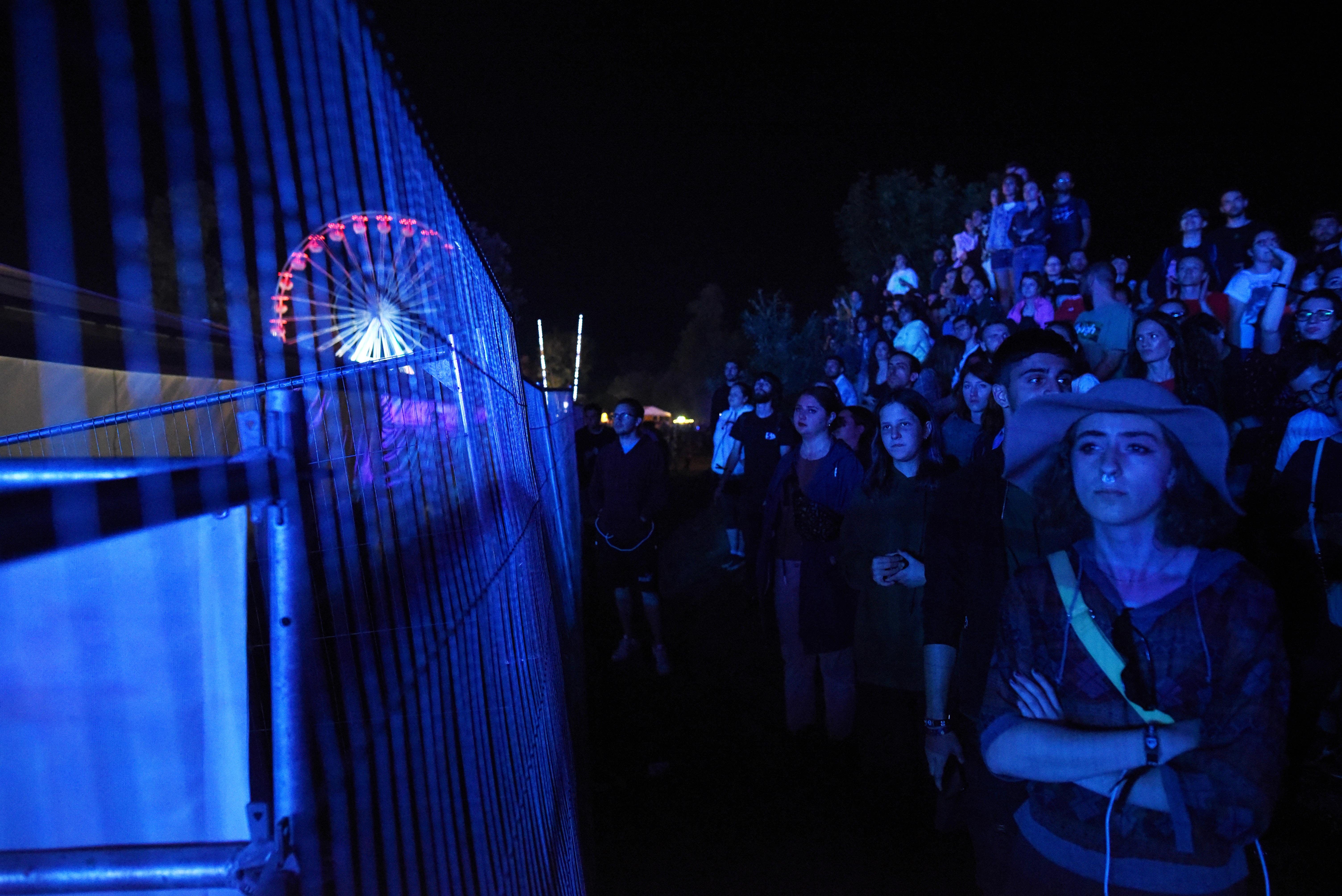 If there’s one thing which is clear about Florence + the Machine from the outset, then it’s that Florence Welch and co. have the ability to transport people to another dimension. This is by means of Welch’s incredible, soaring voice, one which she put on show during a momentous Electric Castle headline show. For tens of thousands of fans, her spectacle seemed to be incredibly cathartic, with Welch manifesting love, equality and freedom all the while prancing barefoot around the stage. The thirteen song set featured tracks from across Florence’s back catalogue, including most recent offering High as Hope. The serene June kicked things off, with Hunger demonstrating strength and Dog Days Are Over sparking huge excitement from within the entire arena. Patricia saw Welch speak about female empowerment, with Patricia, Delilah and No Choir all standing out alongside the likes of the intimate Big God and magical finale Shake it Out. The connection between Welch and her fans is something indescribable, and it culminated in an applause which almost felt like a supernatural rebirth. 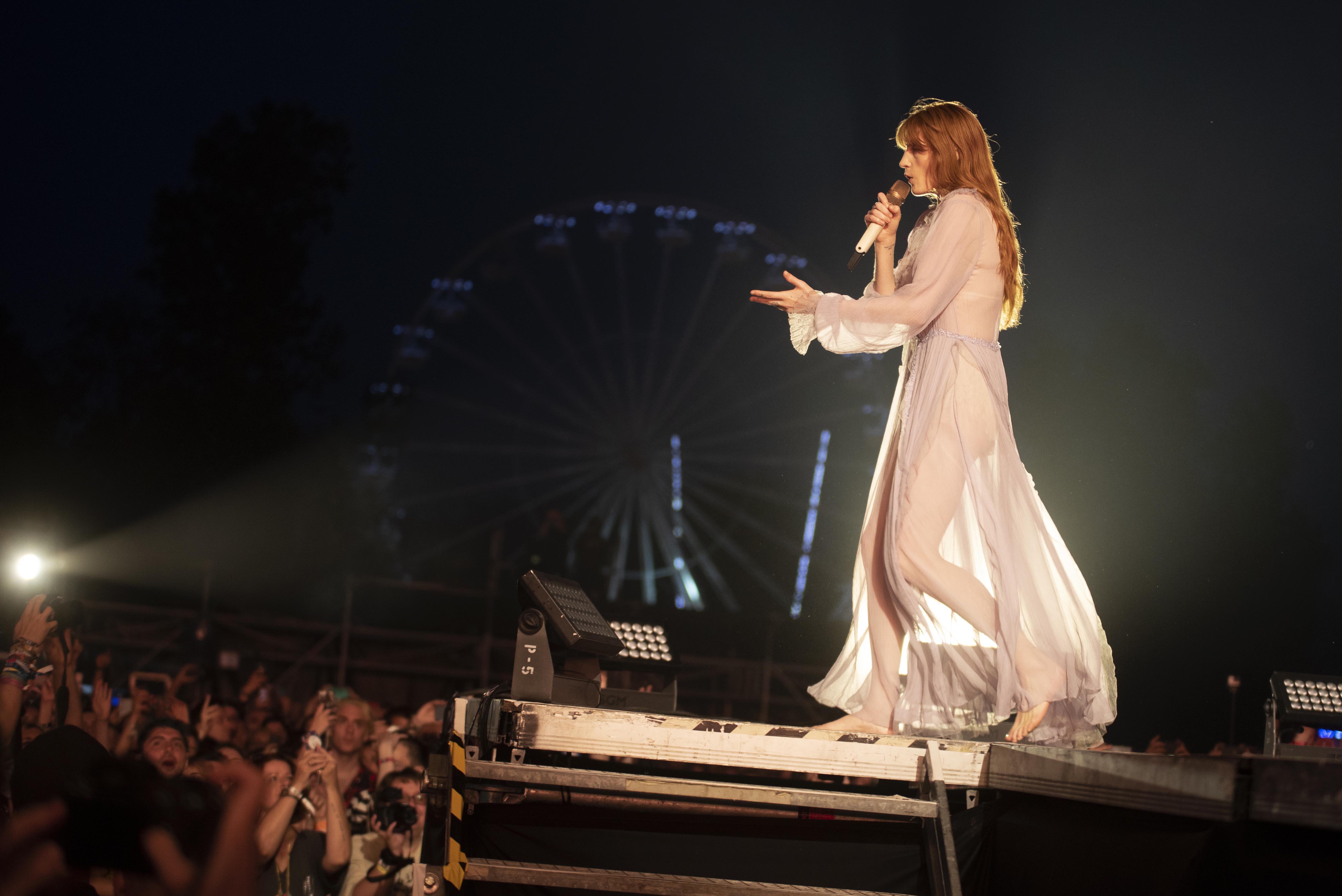