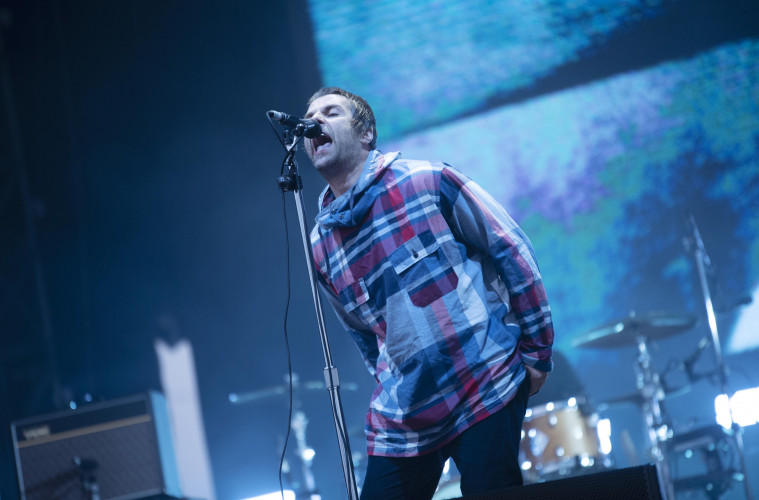 It’s been a while since Pohoda Festival came to an end, and although the dust has settled in Slovakia, it hasn’t quite settled in our minds. Despite the fact that Eastern European festivals often fall off the critical radar, their ability to put on large scale cultural spectacles is just as good, if not better, than their Western counterparts. We spent the weekend enjoying everything Pohoda had to offer, summarised in this list of the weekend’s ten best performances.

It doesn’t happen every day that The Mother of Calypso – Calypso Rose – shows up at your festival and absolutely steals the show. But then that’s exactly what she did during her memorable set at Pohoda. The 79 year old Trinidadian is an absolute vocal force to be reckoned with, and yet it was her smile which really claimed the throne. Since signing to Because Music and releasing under them since 2016, Rose has found herself back on the world music map. Pohoda fell in love with her music, that much is clear. 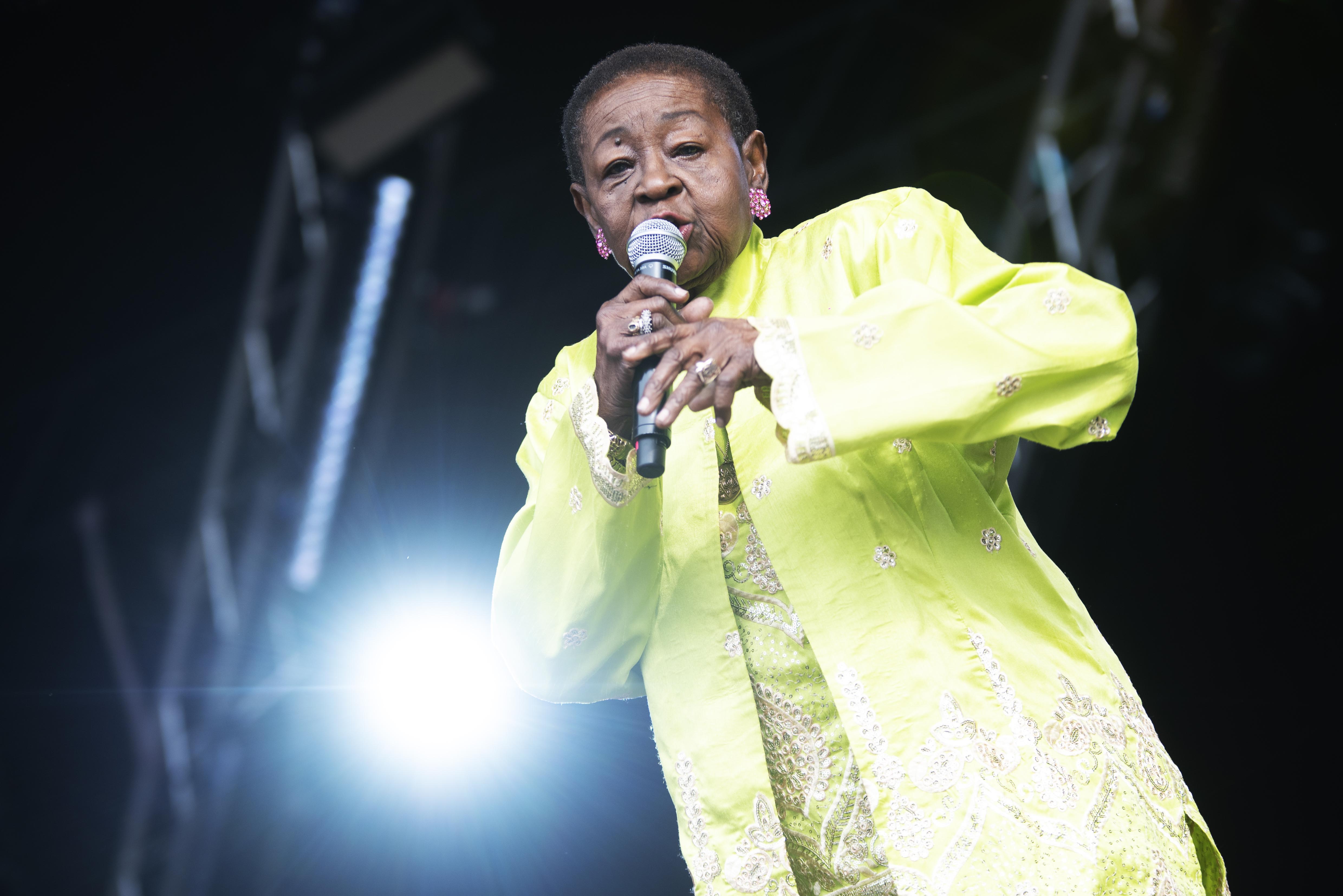 Just like you don’t often see artists playing shows in Slovakia, you also don’t see that many artists from Israel play shows in Western Europe. Lola Marsh was the only Israeli act on Pohoda’s line-up this year, and likely also one of very few to appear in Europe this summer at all. The indie dream pop duo pulled off a pristine show in front of enthusiastic new Slovakian fans, most of whom hadn’t properly heard of the pair before. That certainly changed after their set came to a close, having won offer plenty of excitable Slovakians. 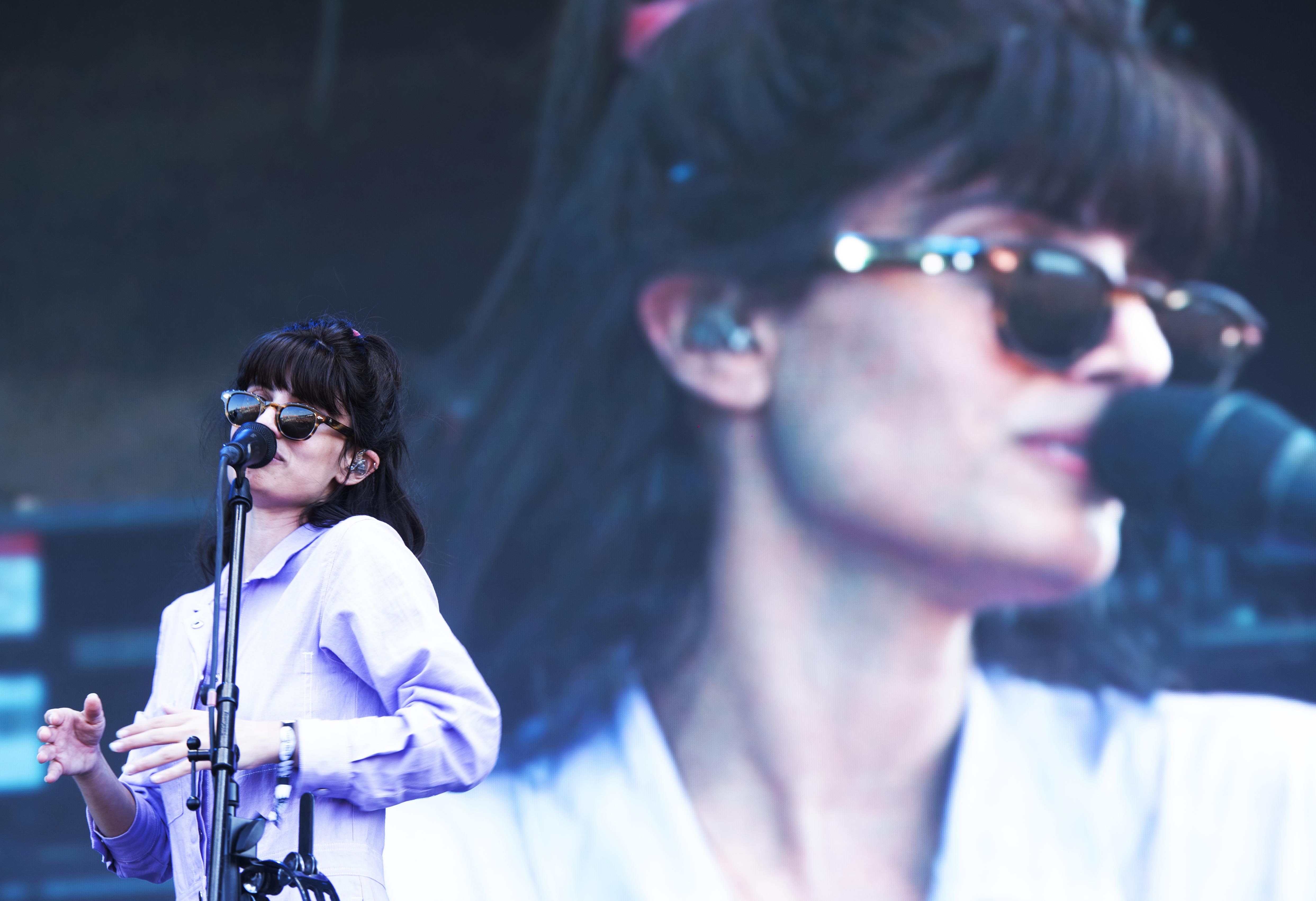 There’s only really one word which you need to sum up a show by Bazzookas: fun. The Dutch party band know exactly how to send a field into a frenzy with their manic tunes, most of which border on a decent mixture of disco’s relentless happiness and ska’s energetic outbursts. On paper they sound like the most ludicrous combination, but live it comes across like a thunderstorm of carefully crafted sound. It was the band’s third appearance at Pohoda in four years, something of a record for the Slovakian festival’s booking team. Whether or not they come back in 2020 probably shouldn’t even be a question… 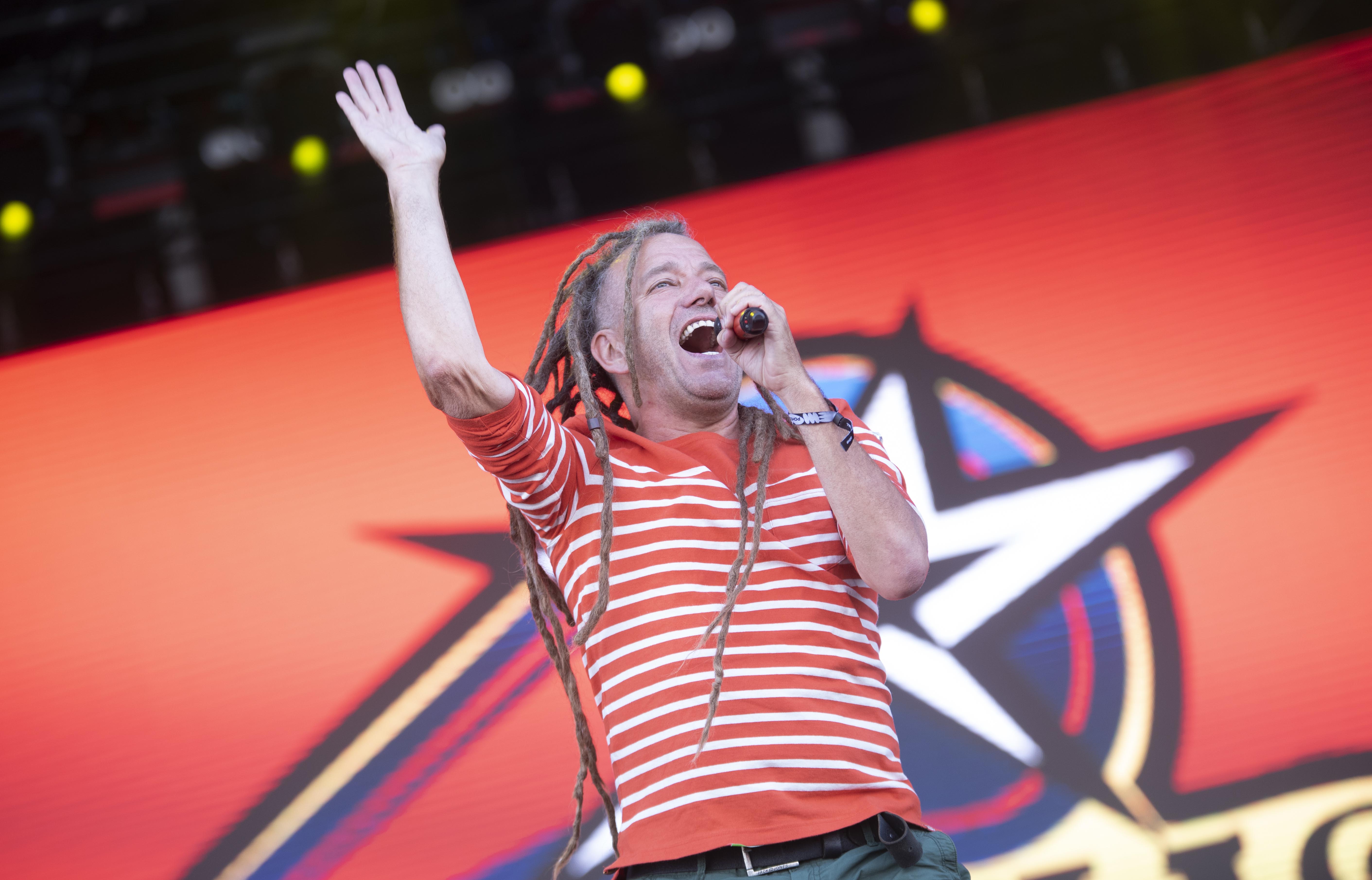 Indie folk isn’t always something which comes across as well at a festival as it does at an indoor event, but this wasn’t the case for Michael Kiwanuka. The British musician has a very special knack for combining silky smooth singer songwriter tunes with a heavier, dreamy edge that borders slightly on the psychedelic, yet not enough for you to dig out a joint. New single Money stood out far and wide above the rest of his set, setting the tone for an exciting new album (Kiwanuka) due later this year. 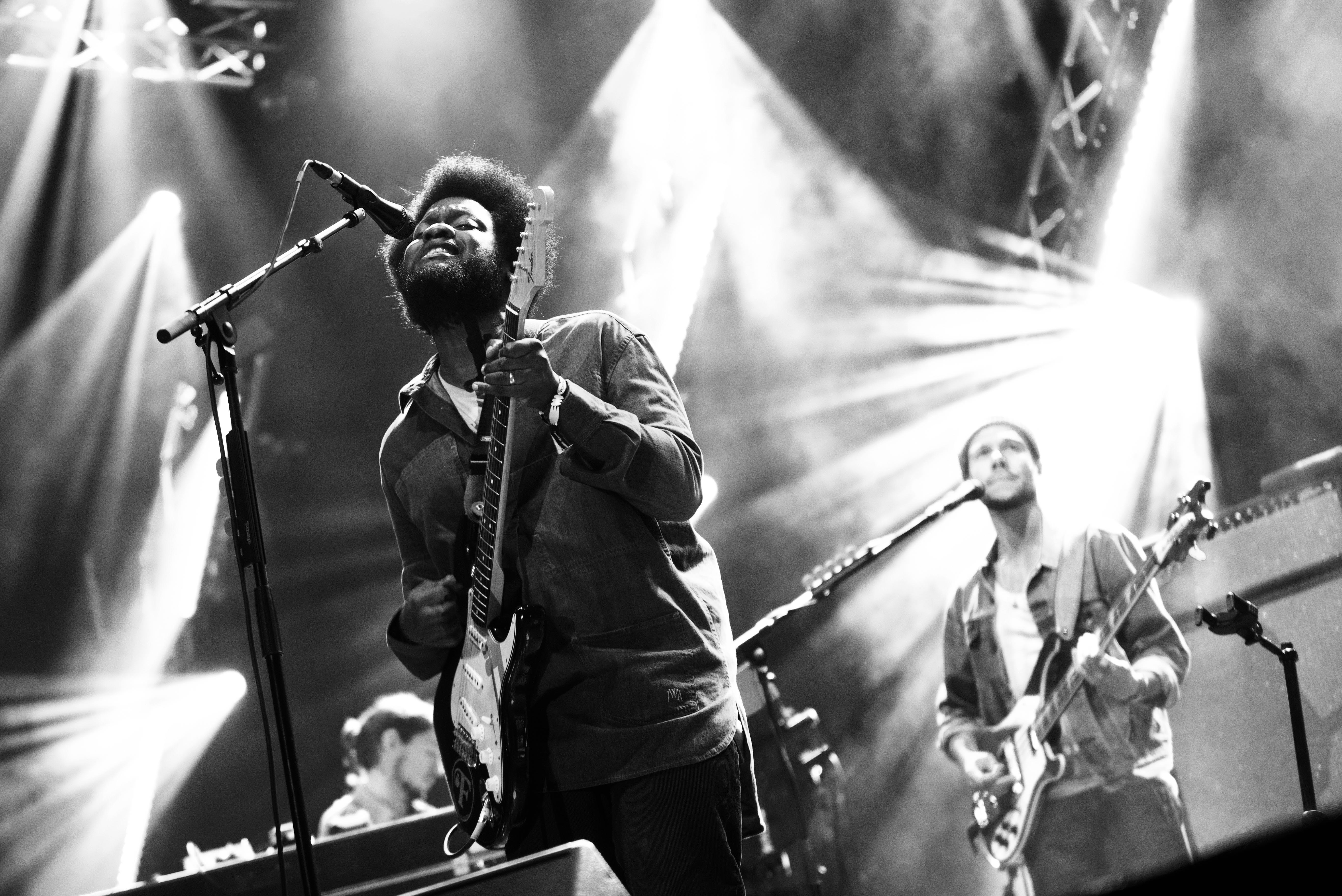 The Roots aren’t the kind of band who come to Slovakia – let alone Europe – very often at all, which meant that like most of Pohoda’s international acts it was quite the exclusive to have bagged. Even more so when living legend Questlove is part of the band, something which Pohoda’s cameramen made sure to point out multiple times on the towering big screens flanking the stage. The band’s eclectic and soulful fusion of funk, RnB and rap is far from unique, but what it lacks in that sense it certainly makes up for in energy. Why can’t more bands be like them? 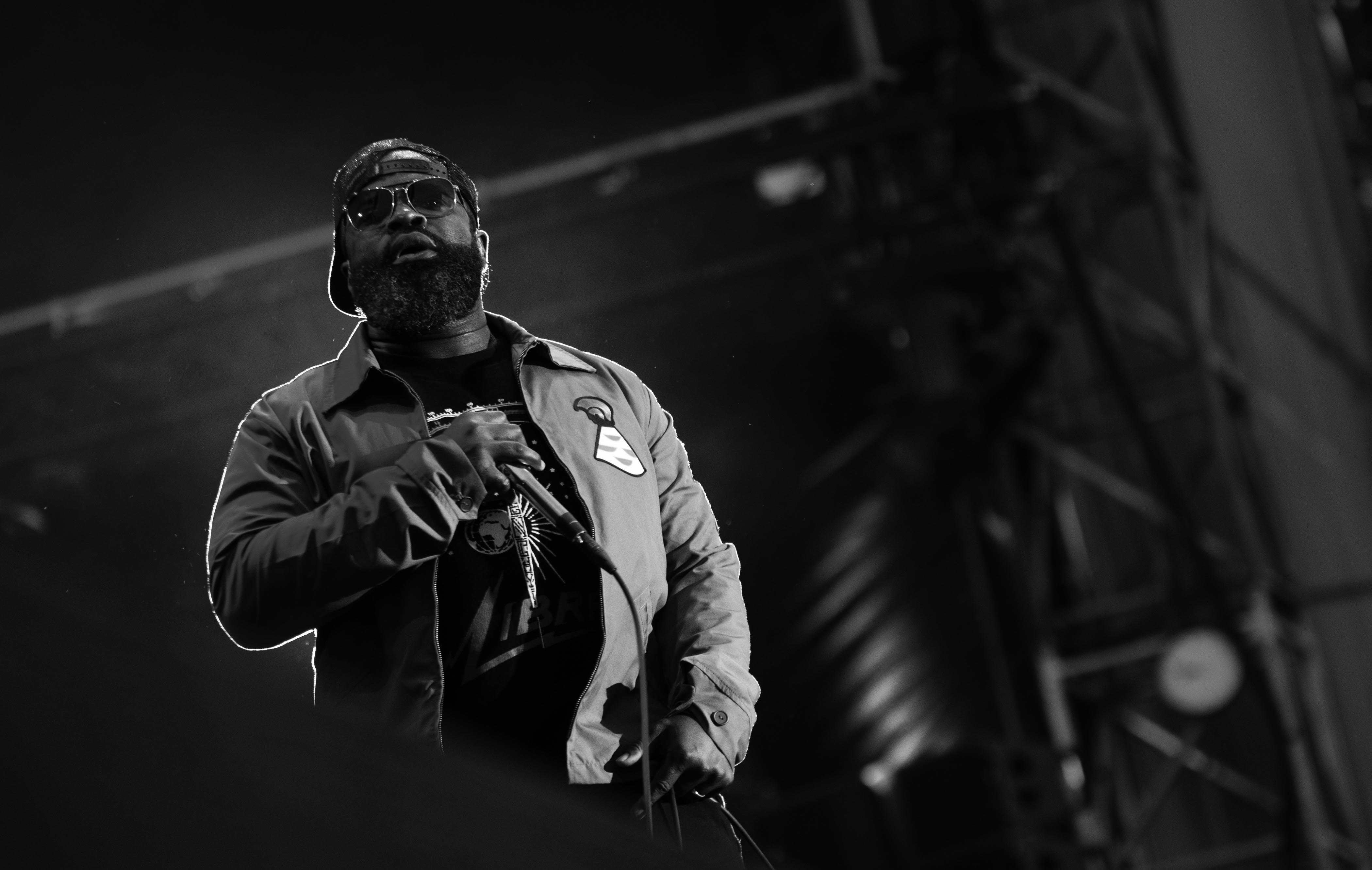 The 1975 were undoubtedly the most anticipated band of the entire Pohoda weekend. New album A Brief Inquiry Into Online Relationship is an intense and captivating piece of work, possibly their best. The accompanying live show on this run, for which Pohoda served as the group’s first ever Slovakian show, allowed Matt Healy and co. to incorporate shitloads of LED screens and two backing vocalists/dancers, all of which added to the millennial charm of The 1975 in 2019. Set opener Give Yourself A Try set the tone without little hesitation, and Healy was most definitely up for it. There aren’t many bands around right now who can pull off what The 1975 are capable of, and you really have to applaud them for that. Live, they’re an unbeatable force of nature, especially when you consider the likes of punchy single TOOTIMETOOTIMETOOTIME, stadium-ready Love It If We Made It and the classic The Sound. An all-round great set from an all-round great band. 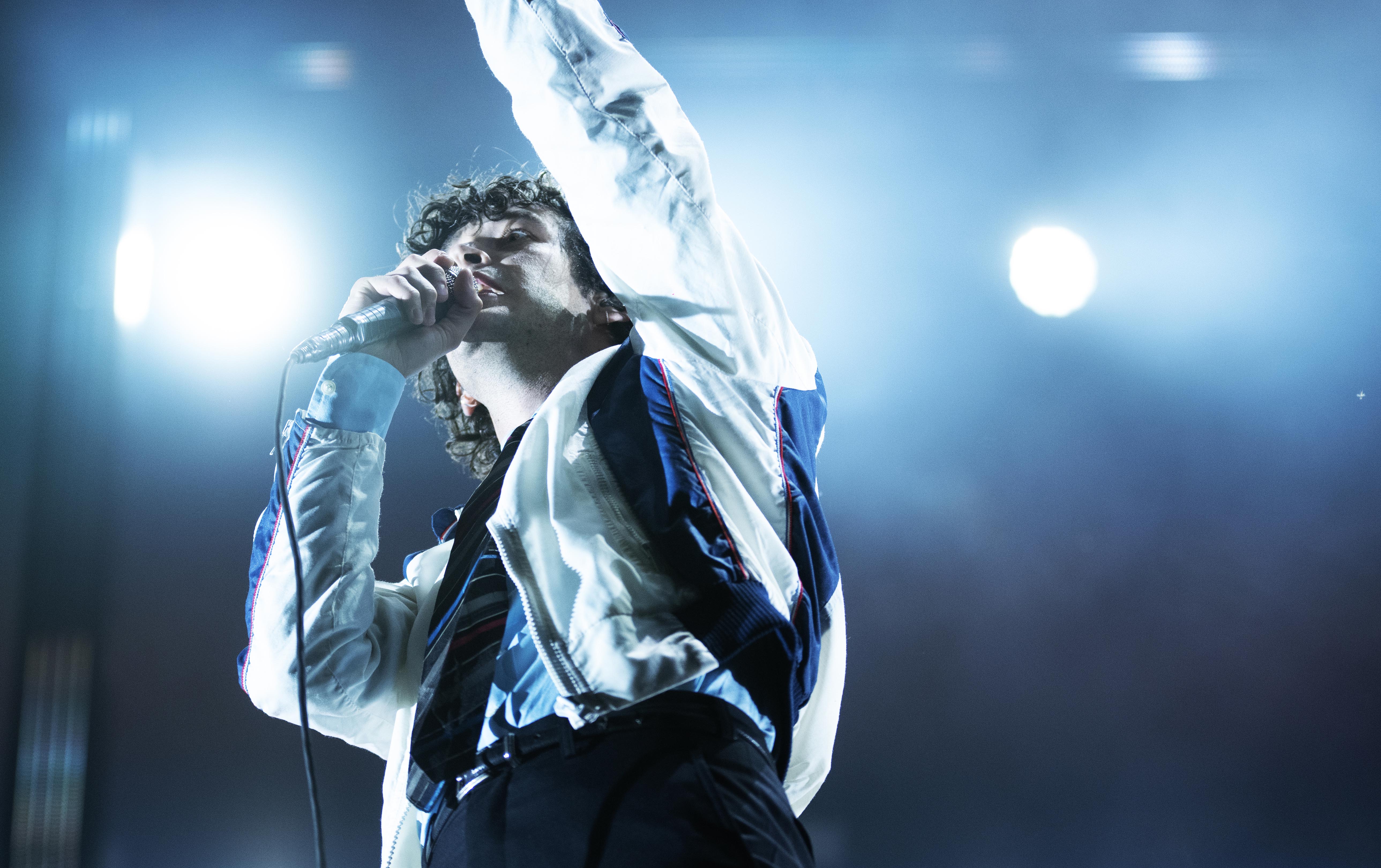 Skepta showed Slovakia stage exactly what a Shutdown was supposed to look like with his hyper energetic live set, once which tore the generally pretty busy field a new one over the course of a sweaty sixty minutes. The London grime rapper has slowly but surely become one of the most prominent names in the genre, leading the way for a brand new generation of rap and hip hop. And it shows, because traces of Skepta’s influence are littered throughout today’s emerging acts. 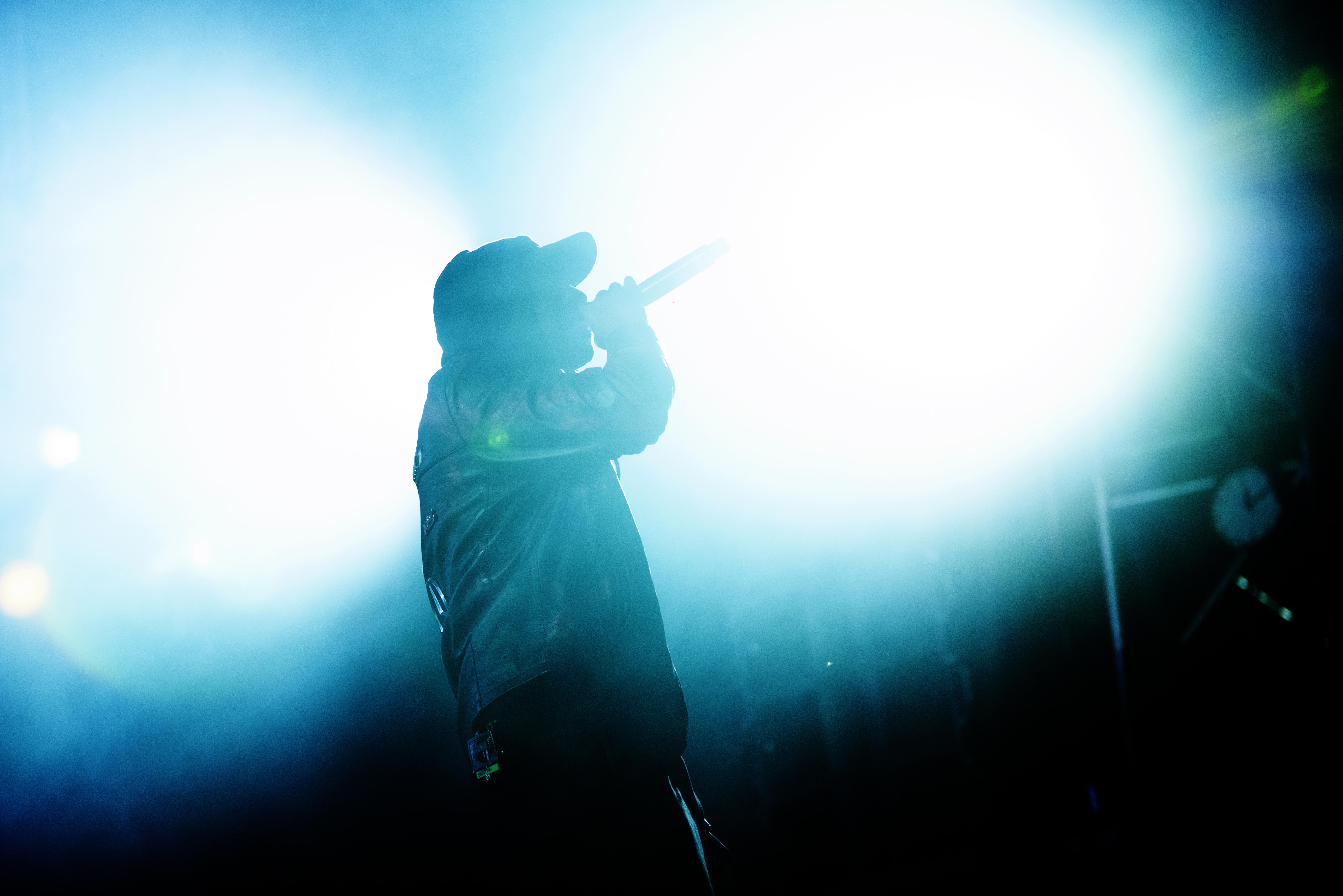 It is practically impossible to dislike anything Donny Benét does. The Australian funk and soul hero has carved out a nice little niche for himself over the last few years, breaking through worldwide on last year’s impeccably groovy The Don. Live, Benét is the ultimate showman, treating a busy field to only the very best cuts in his sprawling back catalogue. Accompanying the Aussie was his very own live band (The Donny Benét Show Band), their performances tight and groovy as ever. Early highlight Working Out set the tone wonderfully, incorporating airtight grooves alongside Benét’s soothing voice. There ain’t no party like a Donny Benét party. 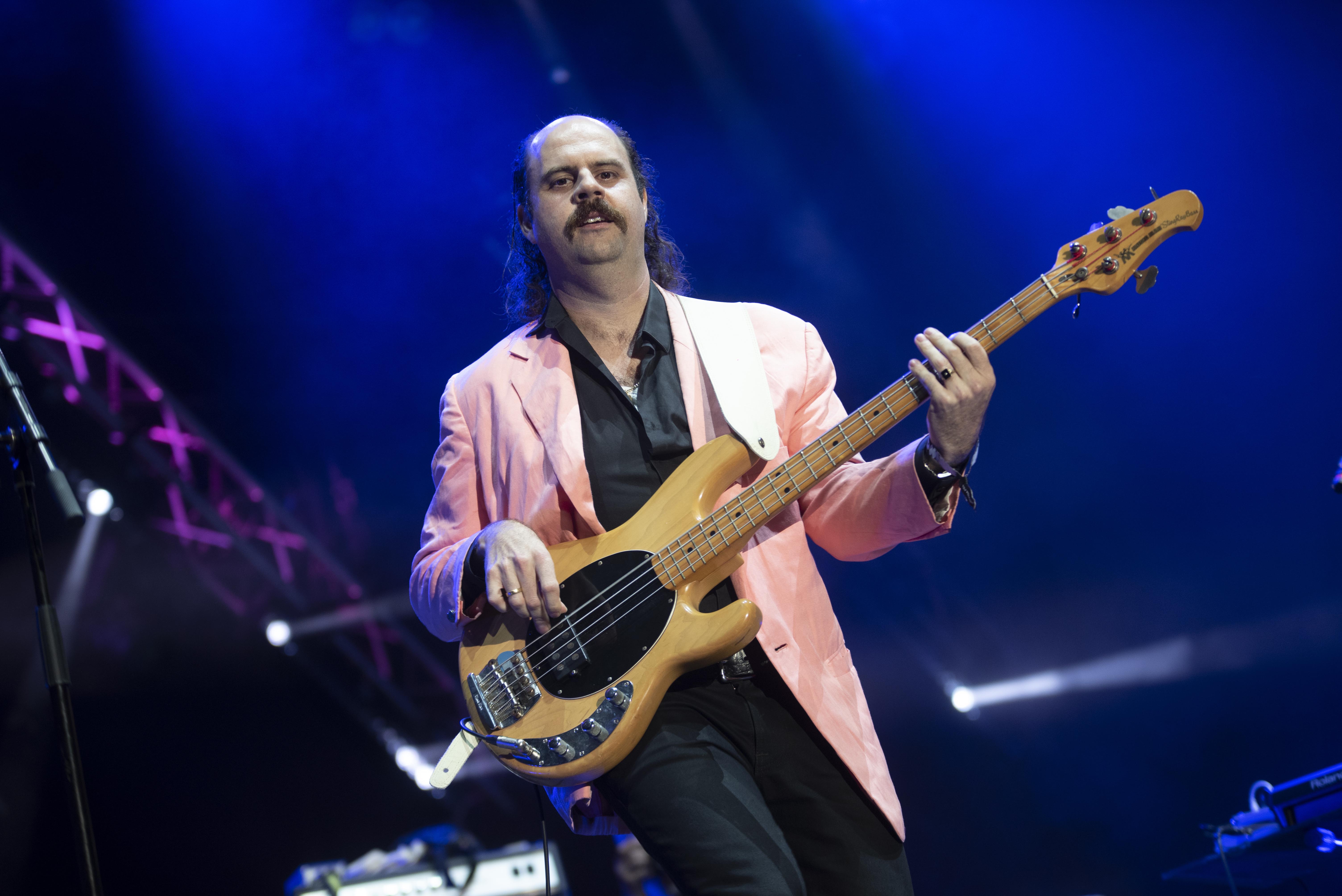 LIFE are quite literally a once in a lifetime band. The Hull punks give their all night after night, packing the set with a constant stream of high-octane garage punk. It’s very obvious that a recent stint on the road with IDLES has rubbed off on them well, because it’s allowed them to really grow into their own – they now possess the energy of a rabid wildebeest on speed. Pohoda experienced something very special, and that is nothing short of a fact. 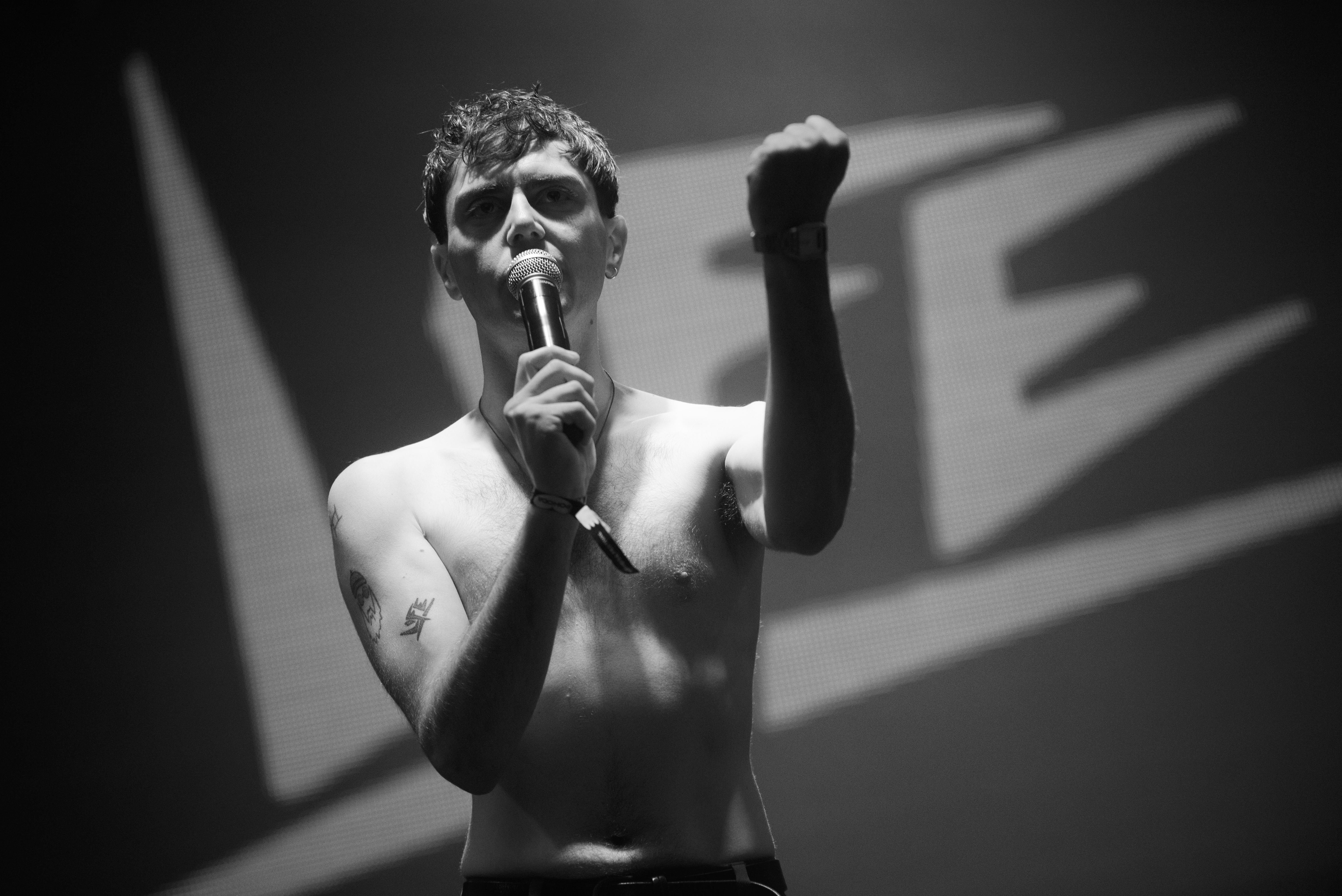 Manchester City have been experiencing an extended swansong of late, and the positive results of this expensive team are definitely rubbing off on Liam Gallagher‘s live show and overall attitude. During his show at Pohoda, he treated a baying crowd to a set which leant heavily towards his solo work (debut single Wall of Glass is a banger) whilst littering some of Oasis’ greatest hits into the mix. There’s nothing much else you can say about a legend like Gallagher, apart from that the Slovakian crowd had absolutely no difficulty getting into it. Just like this review, Liam Gallagher’s set was to the point. 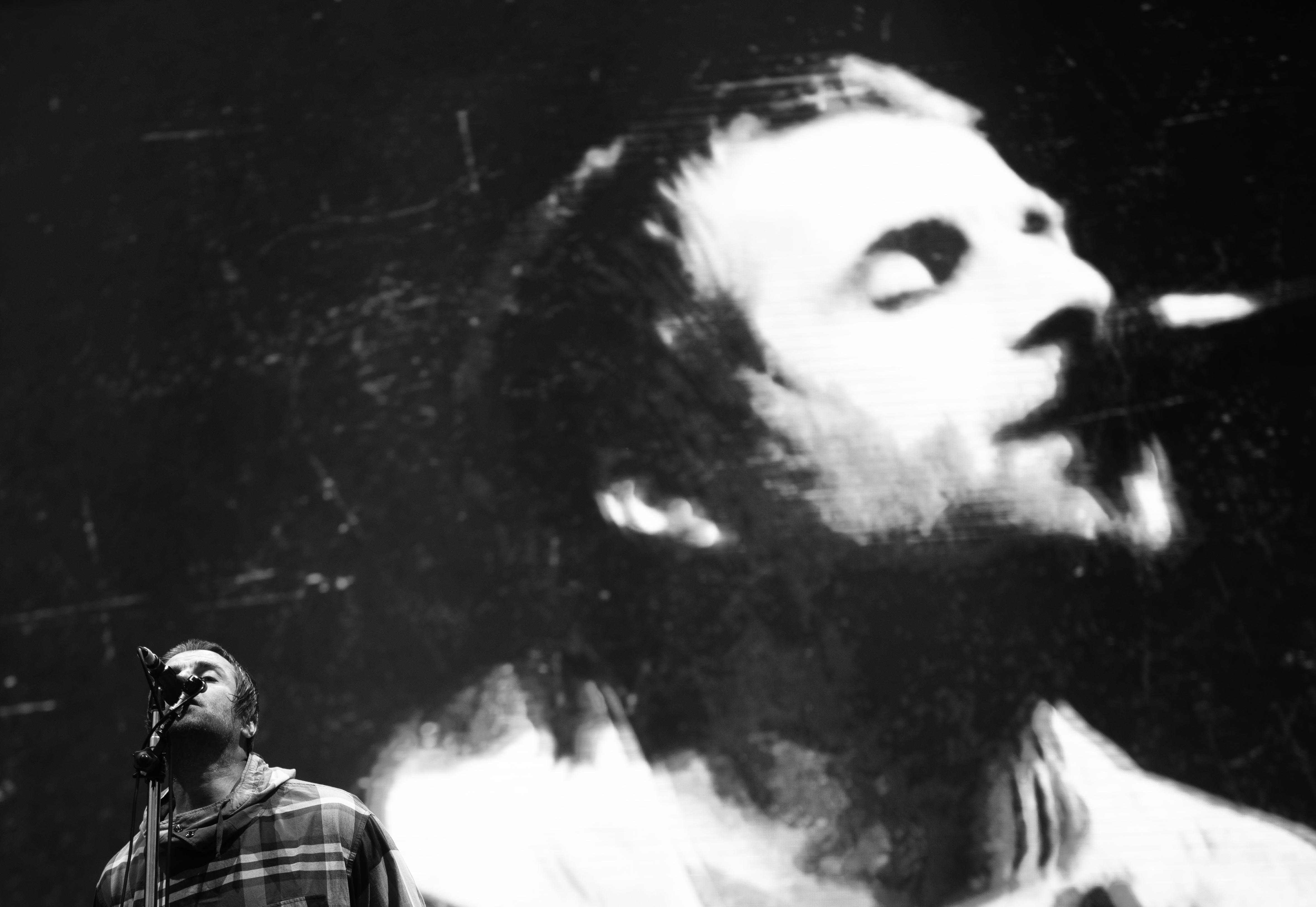