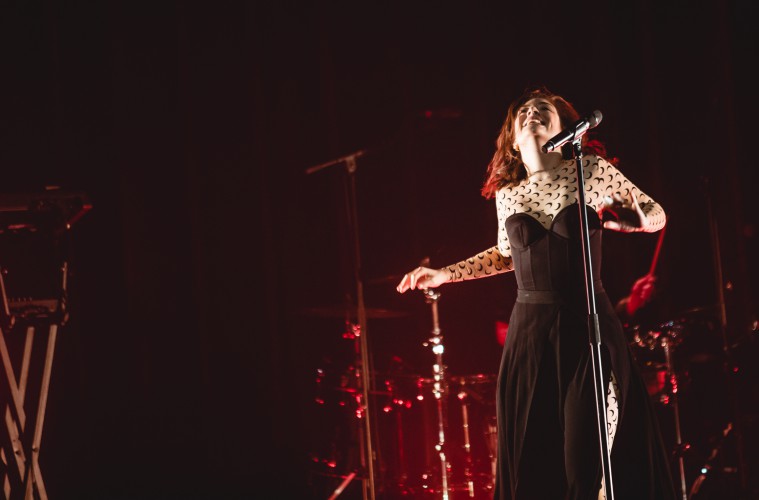 Lorde, Live in Tilburg: A Pop Masterclass of the Highest Order

Tonight saw New Zealand megastar Lorde take her captivating live show to a sold-out 013 in the heart of Tilburg. All 3,000 tickets for the night were snapped up in record time, which shouldn’t come as much of a surprise when you consider the songstress’ highly relatable songwriting, bold visual identity and top-notch live show. New album Melodrama, the follow-up to her 2014 debut, has enabled Lorde to elevate herself onto a whole new level; one which seems hard to attain for many of her contemporaries. RnB vocalist Khalid joined her on the night, and Natasja de Vries went down to capture every key moment. …and it charted at #4 in the Billboard charts. Pop songstress Lorde took to the stage just after 9pm… …kicking off the set with a blistering rendition of Homemade Dynamite. A cover of Magnets, her collaboration with Disclosure, followed soon after. …with fans certainly excited to have her back one more time. From a production point of the view, the show had everything you could expect from Lorde. There were dancers, video interludes, confetti… …as well as a cover of Phil Collins’ In the Air Tonight. If you’re a fan of solid, groundbreaking pop music, then Lorde’s new record Melodrama is certainly something worth investing your time into. She’s expected to return next year for a second run of headline shows, which are rumoured to be announced soon. For now, though, Lorde looks set to complete her European victory lap with plenty of elegance and vigour.

Melodrama is out now.