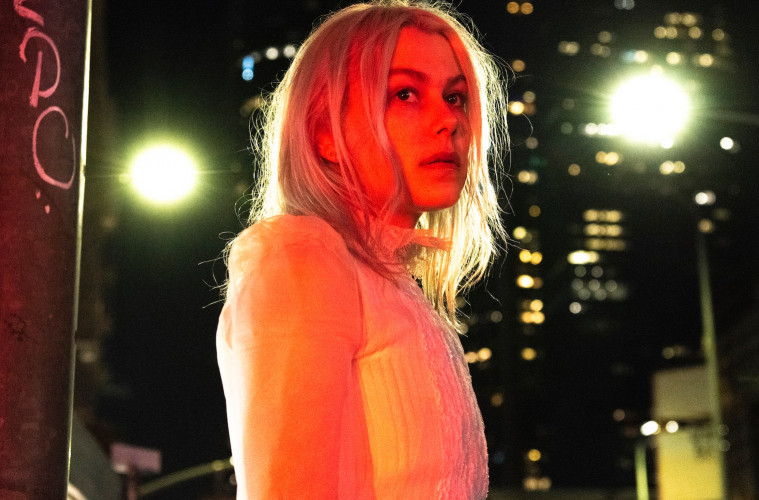 Love, Death & Aliens With Phoebe Bridgers: The Stories Behind Punisher

Later this month, Phoebe Bridgers will release her long-awaited second album, Punisher. In anticipation of its release, Jack Parker called up Bridgers to talk through each of the album’s songs and the stories which helped shape it. From believing in aliens to death in love, this is Punisher (excluding instrumental opener DVD Menu).

Garden Song is about natural realism and that kind of stuff. I started writing down my own dreams at some point last year, and this one is basically a love song to me with a lot of dreamy stuff going on. It could be a sex dream, a murder dream or something else slightly weird, but to me it was definitely a love song. It was one of the first songs we recorded, and I had the idea to let my tall, Dutch tour manager sing some backing vocals on it as he’s got quite a low voice. It really added to the surreal quality of the song.

Kyoto is about enabling myself to be more appreciative of my day to day life. We all have traumatic experiences which we build our own coping mechanisms for so that we feel nothing, but as an adult you come to realise that you also don’t feel much of the good stuff either. I thought a lot about that when I was in Japan, one of the best places I’d ever been to. I realised that I’m the same person I am at home as I am in Japan. It’s also a ballad.

This song is about someone who doesn’t know when to stop talking. I guess that it’s about if I’ve ever been that to somebody, which I probably have and which is definitely my nightmare. Americans aren’t that good at shutting down people who talk too much.

Halloween is about a dead relationship, but it’s also about death. I think that they are the same thing; it’s weird to be in a relationship which you’re already mourning even when you’re with them all the time. You get depressed and know that it’s over before it’s even over. I was thinking about that when I was in Los Angeles, where it’s so sunny, and then comparing it to Halloween which is dark and sad.

This song is about jogging and how much I hate jogging. It’s also about wanting to believe in aliens.

Moon Song is about being in a situation where your job is to pretend that you’re cool with everything when someone is treating you like shit. If you were to tell someone that they make you miserable they would just leave you, so I’m basically singing about trying to be cool in a situation where you’re not cool, but upset. It’s another love song.

This one is about falling in love with someone and feeling powerless about it because you wish you could be with them. It’s also about the reality of being with that person and how it’d feel if they treated you like shit.

I See You is about one of my exes and best friends, Marshall Vore. We were so codependent and close with one another, and in this song we talked about our feelings. He has a new girlfriend now, and although our break up was really hard this was a song I wrote about him and with him.

This song is about caring for somebody who hates themselves and how that can be really hard. There’s also a homage in there to friends in rehab or who are going through a tough time.

I KNOW THE END

I was very excited to do this one, as there’s a lot of things I really wanted to do on it. I Know the End has a trick start, and it’s about a sad relationship and being stuck in it. It’s also about the natural realism side, almost like a non-reality in which you’re driving away from a tornado at the end of the world. It felt cool to do that song in real life, as it’s so supernatural. The start of the song is so realistic to me, and it’s a style I constantly revisit. The end of the song, however, is almost like an alien universe to me, and that’s a big theme on this album. I wanted a big metal ending, and so we all had so much fun screaming on it. There are some crazy screeching guitars on it, and I got all my friends to be in the choir too. There’s all sorts of crazy shit going on. Punisher is due 19 June via Dead Oceans.