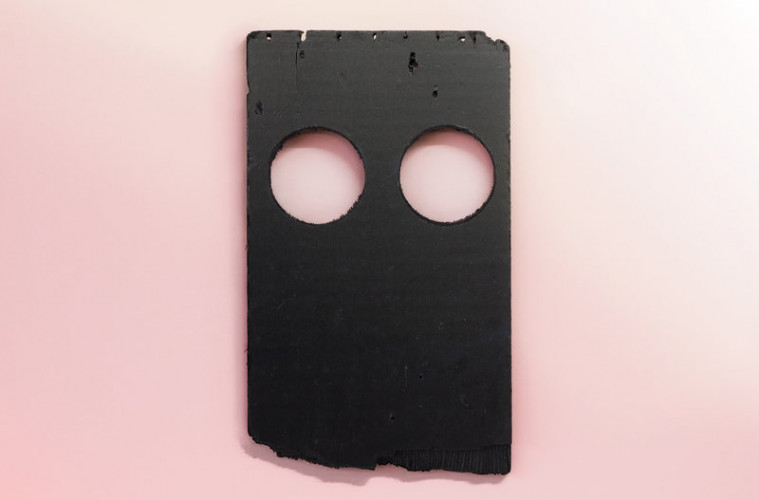 Low Have Had Enough Of Your Preconceptions

Low formed in 1993. Most bands who’re still going that formed in the early 90s have found their sound, settled into it, and release album after album to a loyal yet diminishing fanbase. The majority reach a point where innovation no longer seems important to them. They’ve found the sound that pleases those who like them already and have accepted the fact that their music won’t be listened to by anyone other than them. Magazines won’t write about them or will give them begrudging three or four-star reviews with phrases like “return to form” and “back to basics” thrown around with abandon. Yet the spark has gone, the returns are shrinking, and though there may still be embers of creativity, it’s not enough to reignite the fire. You know, bands like Pearl Jam.

On their eleventh album, 2015’s Ones And Sixes, Low employed BJ Burton as producer and recorded it at Justin Vernon’s (Bon Iver) April Base Studios. Most know Burton as the man who revolutionised the sound of Bon Iver in a polarising way. The producer behind his 2016 album 22, A Million which took a path unlike anything Vernon had done before. He took an artist whose music could happily soundtrack an episode of Greys Anatomy and chopped and edited the sound to create something completely different. Elements of Vernon’s melodic songwriting were still present but had been produced with a complete disregard of the sanctity of the original form. It created something challenging and showed that rather than descending down this path of beige that his 2011 self-titled album had shown hints of, there was still new life in this previously palatable artist. It was more Laurie Anderson than the Lumineers.

While Low’s initial collaboration with Burton on Ones And Sixes showed hints of the producer’s invasive style, it felt as though his touches were later additions, creating an edge to the tracks rather than anything more extreme. It created an interesting body of work that drew comparisons to the previous touchstone of Low’s experimental side, 2007’s Drums And Guns. A reminder that there was more to this band than some people realise. However, none of that could prepare you for Double Negative, the most abrasive and boundary-breaking album Low have released in their entire career. Would you have believed someone if they told you that the new Low album had more in common with Burial than She & Him? This is their 12th album, they’re supposed to be settling down at this point, right? Though the band have been responsible for some beautiful, melodic pop gems amplified by the beautiful harmonies of Alan Sparhawk and Mimi Parker, the fire still burns within them.

Double Negative opens with Quorum, and you wouldn’t be forgiven if you thought you were listening to a damaged audio file on first listen. A heavily distorted white noise rhythm is side-chained with slow release to create something that resembles a record needle playing over the dustiest vinyl ever created, more than an organic drum sound. It’s not until the pad synth line comes in that you realise that this is the song as it has been intended. Shortly after those familiar vocal harmonies appear, but in a way that sounds like a lost message in a storm. It’s a statement. This is not advert-music. This is Low through the lens of a horror film.

The entire album feels like a paranoid 5AM comedown as the first lights of dawn creep through a rapidly descending high. The rhythm is minimal and abstract, things feel like they’re falling apart, as though they’re trying to warn you of something. The heartbeat rhythm of Fly combined with the synthetic choral vocals sound like a soundtrack to a dystopian sci-fi film. Not even Parker’s pure and beautiful vocals can change that feeling, in fact adding to the nightmarish nature of the sound with their innocent contrast. The whole album feels designed as one piece that has been cut up into songs for convenience as opposed to more practical reasons. Almost no-one is going to listen to the ambient drone of The Son, The Sun in isolation, but as a precursor to one of the album’s most straightforward tracks Dancing and Fire, it serves a greater purpose.

Burton’s presence is clear throughout this entire album’s production, yet the underlying songs are unmistakeably Low. Album highlight Rome (Always In The Dark) is one of the most striking combinations of the strengths of both. The organic sounds of Low processed in a way so as to accentuate the grinding rhythm of the song. Not even Sparrowhawk’s trademark guitar interludes get treated any differently; they’re just another piece of the final puzzle. It’s weird enough already Alan.

The production techniques used, such as the extreme side-chaining, have more in common with dance music production than rock or indie music, and it’s one of the elements which makes the recording most unique. They feel like remixes of songs you’ve never heard before. All of this doesn’t take away from the fact that there’s a relatively straightforward Low album hidden just underneath the surface. It makes you wonder how exactly these compositions came to fruition, such is the unique and appealing manner in which they do so. On songs like Always Trying To Work It Out and Dancing and Blood the core is clearer, but in others (like Tempest) the lines are less clear to where the band begins and the producer ends. It’s an inherent trust in both performers and shows how well matched they are despite their differences in background. They’ve created something greater than the sum of its parts.

How the band will recreate these songs live feels like a mystery, but by not caring about that it’s allowed them to create something more profound. This is a performance piece realised with a surprising level of success. It’s an album you keep finding yourself coming back to for repeated listening, listening from start to finish as is surely intended. The pairing feels more natural than some of Burton’s previous work, reframing Low’s sound in a way that makes you wonder why this isn’t a genre in its own right. None of these tracks may make a Sunday chillout playlist, and some struggle to hold their strength outside of the context of the album, but as far as a challenging and original body of work goes, this is a success on an unexpected scale. Double Negative is due 14 September via Sub Pop. Stream it via NPR now.