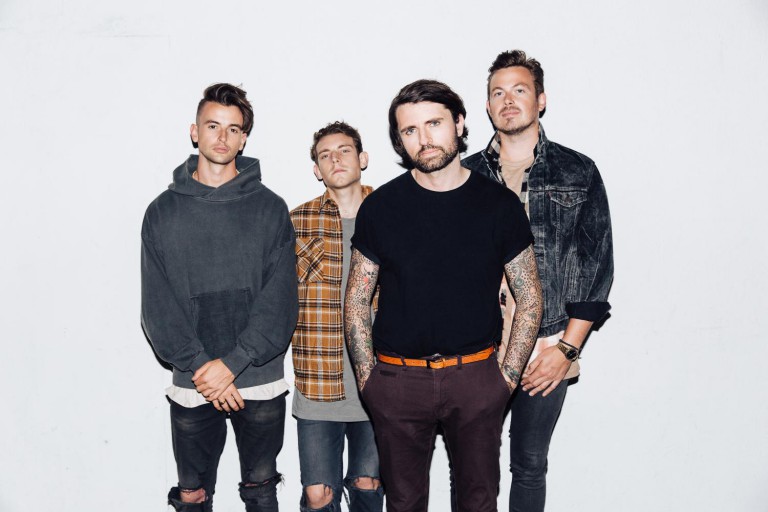 Lower than Atlantis have announced details of a new album.

Safe in Sound comes out on February 3, 2017 via Easy Life Records. Find the artwork and tracklisting below. Tracklisting for Safe in Sound:

Speaking of the record, frontman Mike Duce said: “Everything we achieved with the self titled completely surpassed our expectations and now it’s time to make an album that can really take us to the next level. We’re headlining the biggest shows we’ve ever played so we’ve written what we think is a record big enough to be played in those venues. We’ve spent a lot more time refining our sound as well as trying some new techniques, Ben has engineered a lot of the record and Eddy has designed the aesthetic so this project is definitely very close to our hearts. We just wanted ‘Safe In Sound’ to be a true representation of where this band is nearly ten years on.”

Watch the 360 video for lead single Dumb below. You can catch the band in Holland this week when they support You Me At Six in Tilburg (3 November) and Utrecht (4 November).