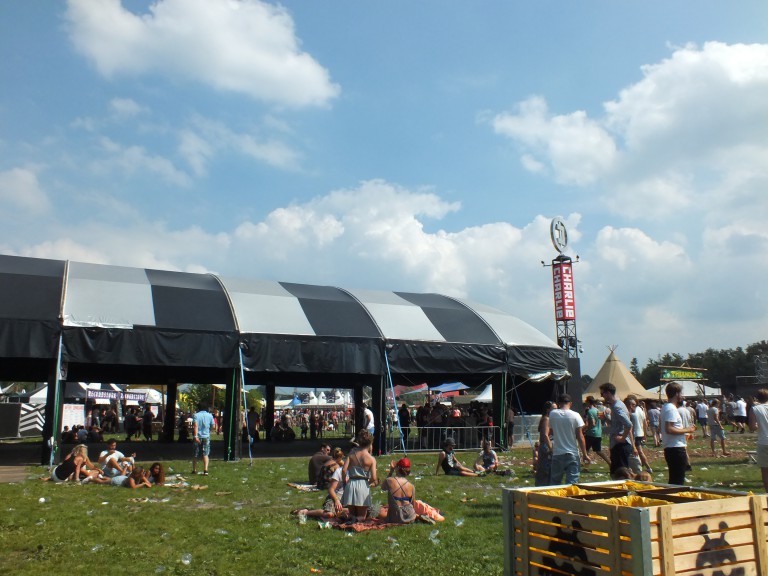 Lowlands 2016: The Five Most Tedious Clashes

Picture this: you wait and wait and wait until the festival you’re heading to announces its timetable, and then all of your favourite bands clash with one another in some way, shape or form. That’s a problem which Lowlands Festival visitors will be experiencing by the bucketload this year, with the weekender’s strongest line-up in years inevitably having been hit by the Curse of the Clash. We’ve examined the timetable and listed the five worst clashes and overlaps between two or more bands in Biddinghuizen.

MUSE vs BIFFY CLYRO vs CHVRCHES (Friday evening; Alpha, Bravo & Heineken respectively)
This one isn’t so much a direct clash as it is an unlucky overlapping period of 75 minutes. First, Scottish heavyweights Biffy Clyro and fellow countrymen Chvrches will perform respective headline sets on the Bravo and Heineken stages (which are on opposite ends of the festival site, some 15 minutes by foot), before behemoth rockers Muse will top the bill on the Alpha stage, which is again in a different direction to both other stages. What do you do? Do you go for the happy-go-lucky electro pop and then race to the Bravo to rock out with your shirt off, or do you catch a bit of the Biff and then race to the Alpha for what is undoubtedly going to be one of the weekend’s most electric sets? It’s definitely a painful decision to make, but it can be done. After all, you could just check out Espana Circo Este’s set on the Lima stage if worst comes to worst.
Our suggestion: Biffy Clyro & Muse

DISCLOSURE vs M83 (Saturday evening; Alpha & Heineken respectively)
This one is a little bit less painful than the previous clash, especially considering the amount of chances you’ll have to check out house brothers Disclosure. The sibling DJs only headlined Lowlands back in 2014, with the impact that their pummelling house beats left on the Alpha stage still echoing in some people’s heads. M83, on the other hand, haven’t appeared on Dutch soil since they played at the legendary Paradiso in 2012. New album Junk is an exercise in slick electro funk and soul, something which translates well enough to the live stage to keep you interested for a full hour. Pair that with the inevitable hit Midnight City appearing towards the end and you’ve got a good reason to stay on for the duration of the show.
Our suggestion: M83 NOEL GALLAGHER’S HIGH FLYING BIRDS vs KING GIZZARD & THE LIZARD WIZARD (Saturday evening; Bravo & Charlie respectively)
This is tough. Do you go for the Oasis hero-cum-solo legend Noel Gallagher, or do you get lost in King Gizzard & the Lizard Wizard’s immensely addictive retro psych’n’roll? New album Nonagon Infinity is a masterclass from start to finish (not that there is a clear beginning or end), even if it does lack anthems. Noel Gallagher has no issue with penning an anthem, something which the massive Chasing Yesterday backs up totally thanks to its abundance of huge tracks. In all honesty, you could go through the pain of only seeing bits of both, but you don’t want to do that. Noel Gallagher and King Gizzard & the Lizard Wizard are two acts who need to be seen integrally, without fail. Make the right choice here and you might have found the highlight of your weekend. Or not, but that’s not our problem.
Our suggestion: King Gizzard & the Lizard Wizard JAMES BLAKE vs THE NEIGHBOURHOOD vs THE LAST SHADOW PUPPETS (Sunday evening; Bravo, Heineken & Alpha respectively)
This overlap-meets-clash affects pretty much the same target audience for all three acts. James Blake pulls righteous electro-soul heads (and teenage girls), The Neighbourhood pulls black-clad Tumblr users (aka teenage girls) and The Last Shadow Puppets pulls Arctic Monkeys fans (lots of teenage girls). We’re not bashing the teenage fangirl here; rather, we’re just placing some focus on the fact that all three artists pull an audience which exists predominantly of the same types of people. Sure, you’ve got people who don’t fall under any of the above categories, but that’s also fine. Bands like The Last Shadow Puppets are great due to the fact their operatic swooshes and anthemic choruses pull people from all walks of life. The main problem with this clash is that, if you want to enjoy at least two whole sets, you have to let one slide. And that’s probably going to be The Neighbourhood, because they’re the unfortunate middle bit of the musical sandwich.
Our suggestion: James Blake & The Last Shadow Puppets FOALS vs PARKWAY DRIVE vs LCD SOUNDSYSTEM & THEE OH SEES (Sunday evening; Bravo, Heineken, Alpha & India respectively)
Are you ready for the mother of all disaster? All the walking you’ve been doing whilst playing Pokémon GO didn’t prepare you for this clash, so let’s take a look at the contenders. First of all, you’ve got colossal rockers Foals, who are headlining the Bravo stage with their manic stage show. New album What Went Down is a chaotic behemoth, one which shouldn’t be taken lightly. Clashing with them over on the Heineken stage (ten minutes away) is the Australian metal monster Parkway Drive, who bring so much more than just the music to their live show: fire, confetti, smoke, they’ve got it all. New album Ire is massive, as are older anthems like Carrion and Wild Eyes. Then you’ve got LCD Soundsystem, who are closing out the festival in what could be a slot too big for the James Murphy-fronted outfit. They’re back from the dead and willing to get everyone up on their feet for a solid ninety minutes. Finally, there’s Thee Oh Sees, the chaotic garage rockers who like to inject just enough fuzz into their rhythms to get you on the floor pushing and shoving your way out of a smoke-filled moshpit maze. What do you go for? Do you run the length and breadth of the festival one last time so that you can catch all of it, or do you act sensibly and walk from Foals across to LCD Soundsystem in your own time to close out the weekend in style? This looks like the kind of clash which you solve on the spot, so we’re going to leave it to you.
Our suggestion: Foals & LCD Soundsystem

Lowlands Festival takes place from 19-21 August at the Walibi World Evenemententerrein in Biddinghuizen, Holland. Also appearing are the likes of Warpaint, Wolfmother, Eagles of Death Metal and many more. Buy your tickets here, and listen to all the above bands below.