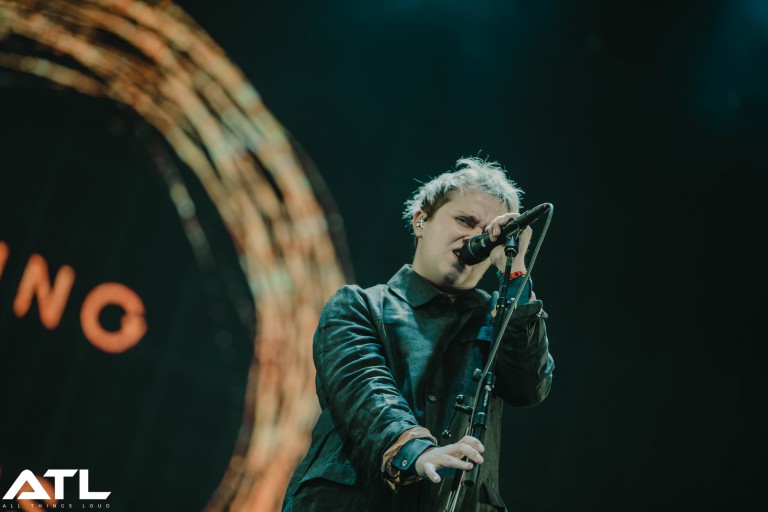 Over the course of the next four days, we’re going to be counting down the minutes ahead of Lowlands 2018‘s massive 26th edition. The festival will celebrate selling out once more in style, with the likes of Gorillaz, N.E.R.D., Kendrick Lamar and The War on Drugs atop the bill alongside a barrage of huge acts, among them Dua Lipa, Patti Smith and King Gizzard & the Lizard Wizard. For the first instalment of our countdown, we’re going to take a trip down memory lane and look at the five performances which topped our list during last year’s edition of Lowlands.

Cedric Bixler-Zavala and co. managed to turn the Bravo tent into one sweaty frenzy during their manic set on Sunday afternoon, treating the sparse crowd to cuts from brand new studio album interalia alongside a barrage of classic tracks from their frenetic early days. Set highlight One Armed Scissor served as the big highlight of their hour-long set, allowing frontman Cedric to gallop across stage like a brazen bull ready to pounce. There aren’t many things better than At the Drive-In in top form, which made their set at Lowlands all the more worth the wait. 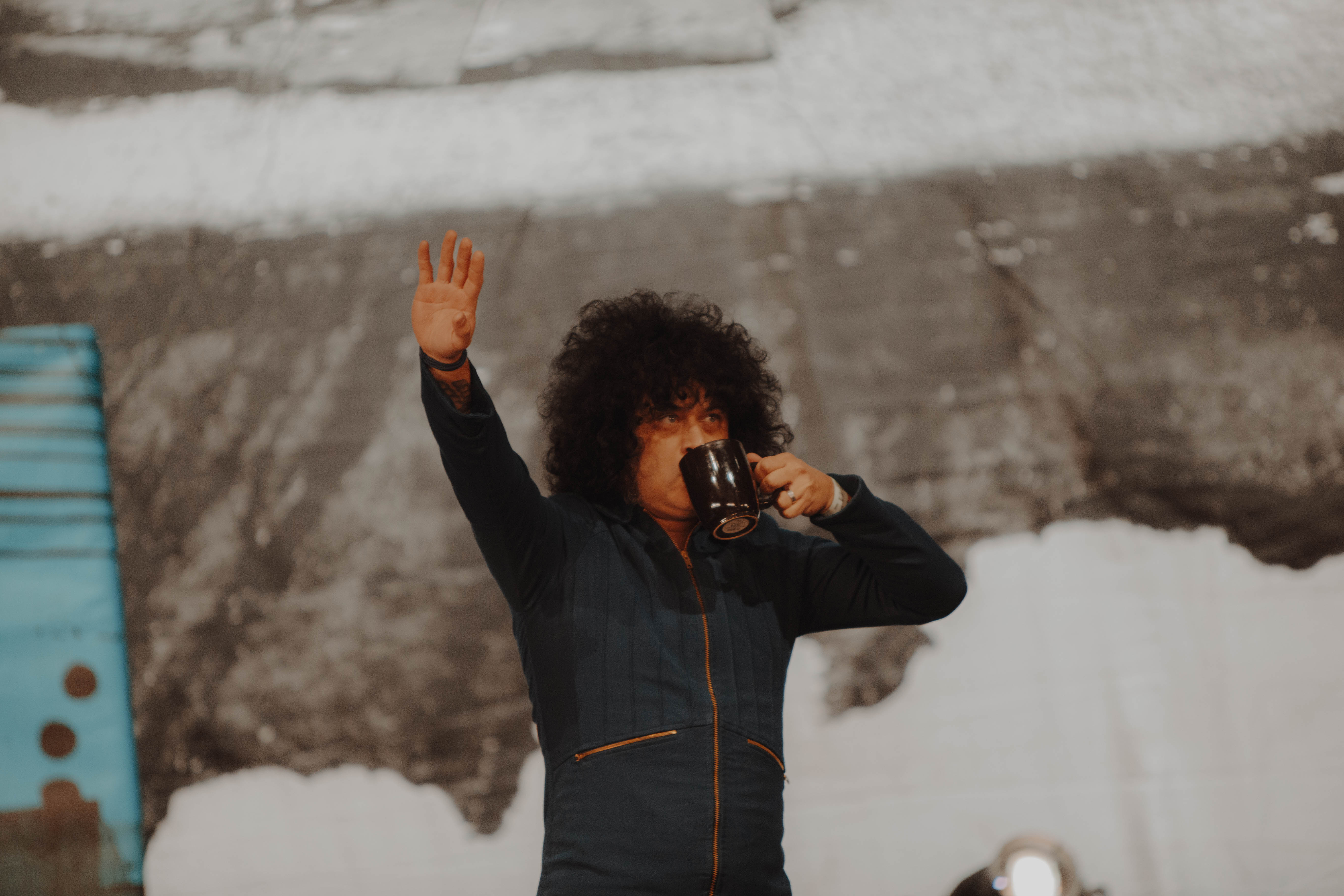 In and amongst the chaos of Sunday’s jam-packed timetable, HMLTD found themselves wedged between ultra producer Flume and the chaotic Death Grips. Despite this, though, the London outfit managed to pull a near-full tent with their quirky and obscure art rock-meets-every genre under the sun. Frontman Henry Spychalski and his crew possess a back catalogue of merely four songs (at time of writing), among them the Western-tinged To the Door and all-round mad Stained. Both songs serve as polar opposites of HMLTD’s small back catalogue, and live they demonstrate the band’s ability to put on a spine-tingling show which is equal parts raw, captivating and polished. 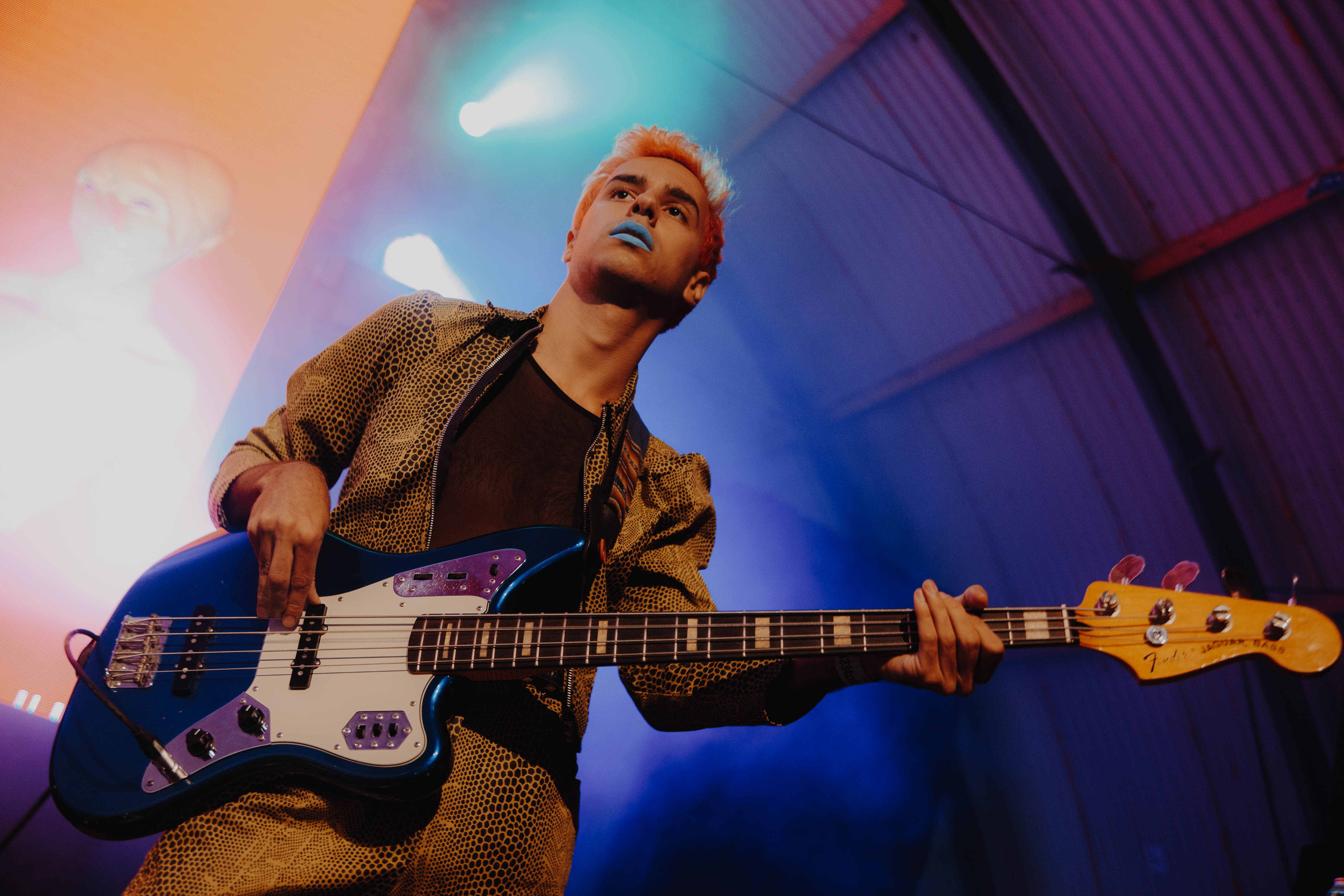 Frank Carter and his band The Rattlesnakes took no prisoners over on the India stage, making up for their cancellation in 2016 with a set which saw Carter in the crowd more than he was on the stage. Carter’s long been known to be a frontman who doesn’t let anything stop him, so when he was met by some 20 photographers in the tight India photo pit he did what any normal person would do: make it 21 people, all the while standing up atop the crowd with his legs outstretched and eyes filled with rage. A closing one-two of the brutal Devil Inside Me and gnarly I Hate You ensured that the entire tent found itself unified in the celebration of anger, with Carter even reserving one song for all the women in the crowd to crowdsurf safely. What a hero. 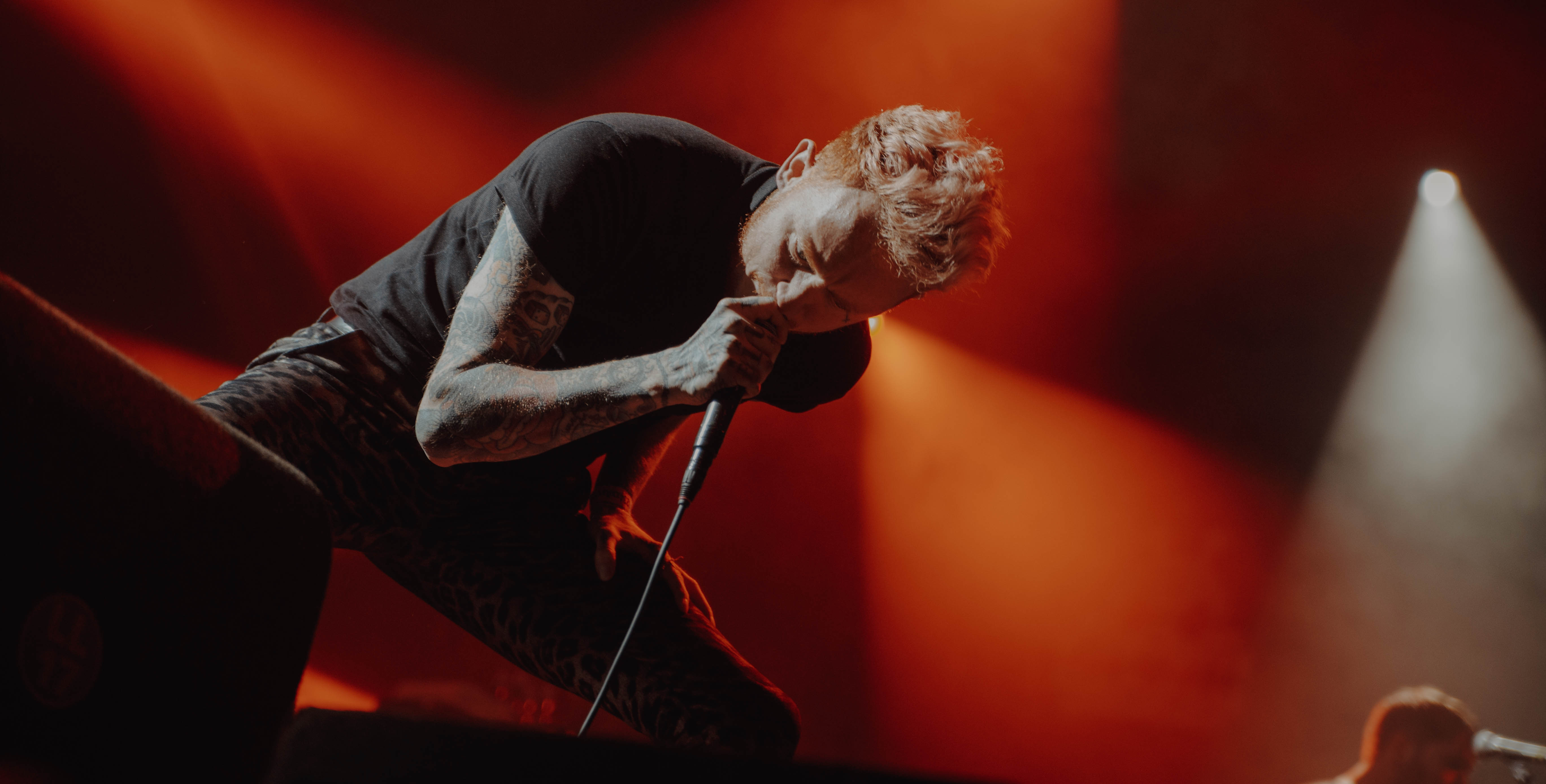 Southend-on-Sea’s Nothing But Thieves were gifted the biggest honour of the day when they opened the renewed Alpha stage in front of some 30,000 eager visitors. The band have become quite a success story of late, much down to their infectious alt rock and pint-sized frontman Conor Mason’s hugely impressive vocal range. New album Broken Machine will see the light of day in a few weeks, with the band taking out some time to premiere a few new cuts during their set. Radio hit Sorry and new single I’m Not Made By Design both featured early on, with the massive Amsterdam featuring and impressing later on. The rest of the set was filled with tracks from the band’s debut album, amongst them Trip Switch, a track which lit up the Dutch charts with little effort and maximum impact. 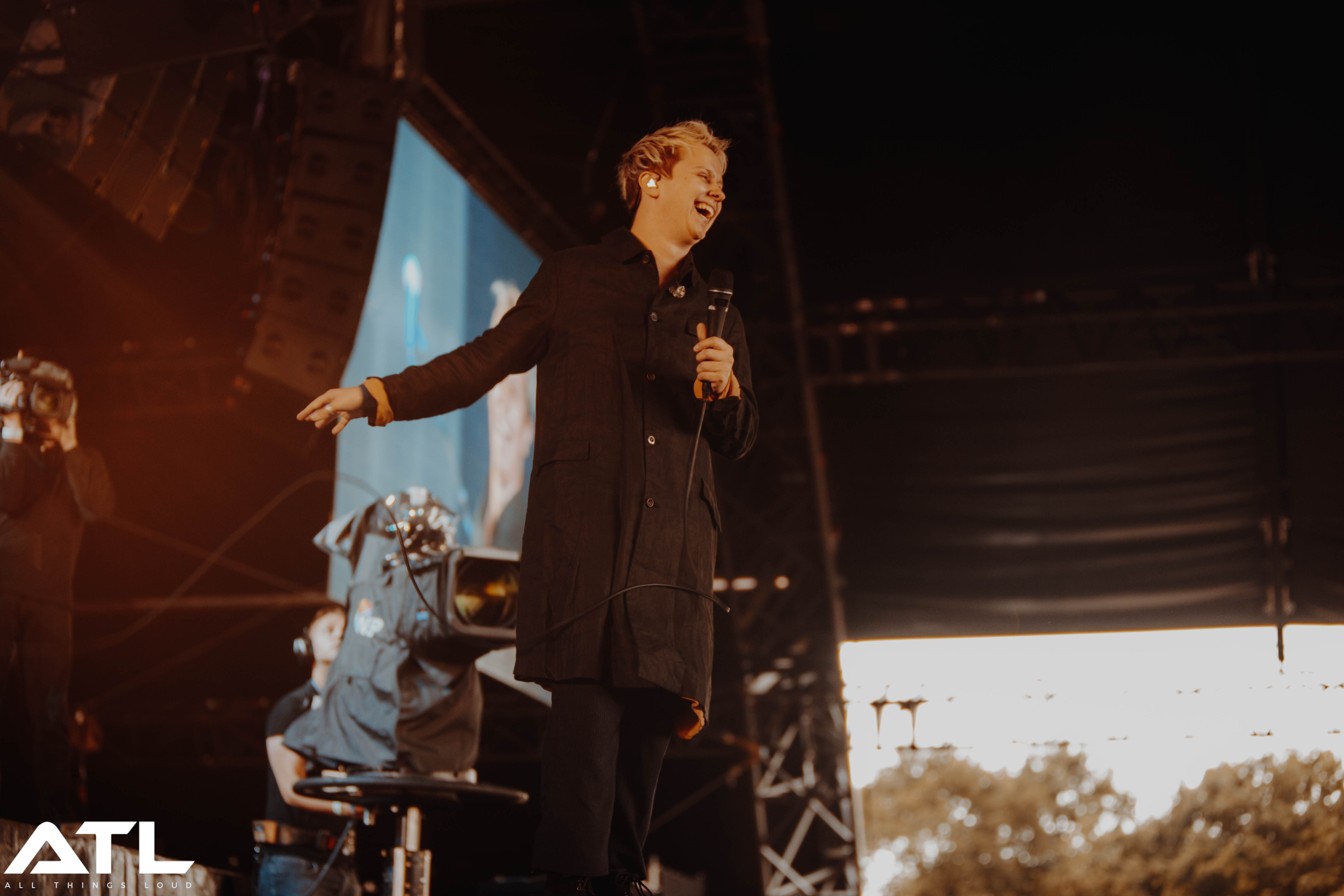 It was up to Editors to top the bill on Lowlands’ second day, and they did so with the utmost prowess, nothing less than what we’ve come to expect from a band whose popularity on Dutch ground seems to be boundless. Frontman Tom Smith is, as per usual, an absolute force to be reckoned with. New tracks Cold, Magazine and Hallelujah all featured throughout, sounding absolutely massive and promising for whatever the band have to offer next. They slotted in nicely alongside the fan favourites, amongst them early hit Eat Raw Meat = Blood Drool and The Racing Rats, the latter of which saw sparks descend onto the stage in true pompous fashion. Show closer Papillon reintroduced Editors’ love of pyrotechnics, with fire erupting out of the ground one last time as Smith and co. cemented their reputation as formidable live act, subsequently ending Lowlands’ second day in style. 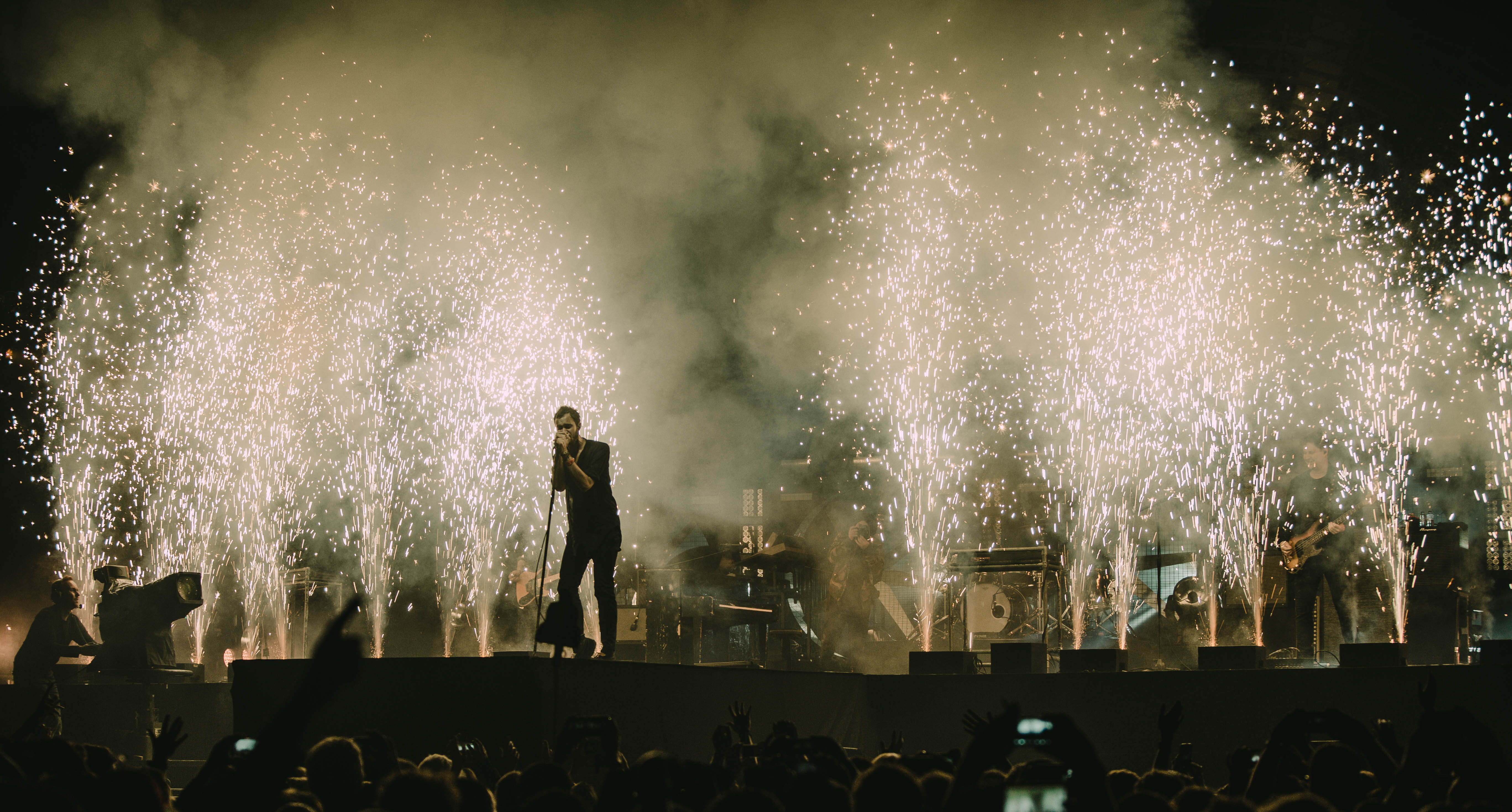 Check back tomorrow for the next instalment in our Lowlands countdown.