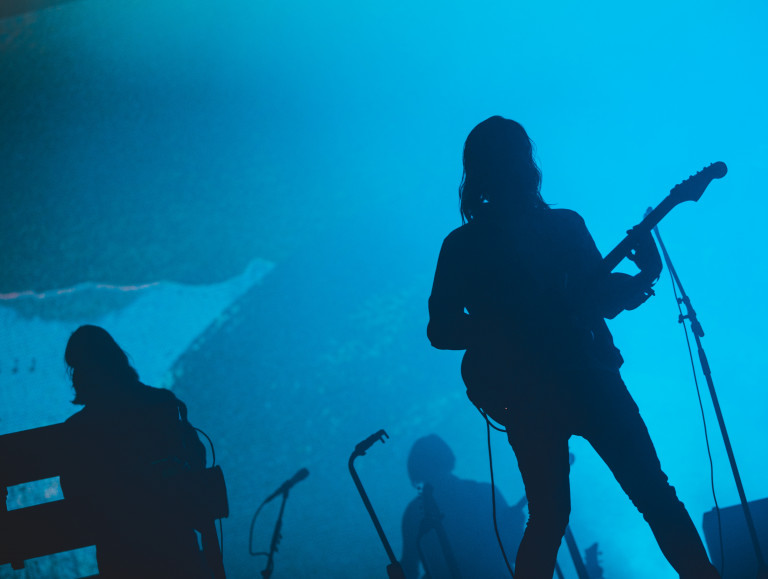 LOWLANDS 2019: A$AP Rocky and Tame Impala Are the Dream Duo

The last festival day can often be the best one for a multitude of reasons: the longing to go wild one last time, the realisation that real life is about to resume, or just that you need one more fix of fantastic live music and everything which comes with it. Luckily, and as per usual, the final day of Lowlands quite literally had it all, from Belgian rappers and gripping singer songwriters to a modern day rap legend and one band who trumped all else. Jack Parker and Marc Prodanovic were in Biddinghuizen once more to bring you all the best.

It’s safe to say that many a festivalgoer found themselves nursing a stupidly heavy hangover come Sunday morning, which turned out to be an absolutely perfect moment for Julia Jacklin‘s serene voice to echo through a sparsely filled Lima tent on the stroke of noon. Waking up never felt so good, and so if you were down for more of it all you had to do was wander across to the Heineken stage after Jacklin’s nice show to see Belgian cult hero Tamino wow a near full tent. With a voice that bears slight reminiscence to Muse frontman Matt Bellamy at his falsetto’d best, Tamino had the crowd in the palm of his hands. Then again, that’s just what he does best: listen to Habibi for example, its vocals soaring and guitar line so intricate that you have to pay close attention to every tiny detail. Louis Cole kicked things up a notch on the India stage whilst Allan Rayman sparked similarly enthusiastic crowd response in a densely packed and sweaty X Ray. Both performances served as good kickstarters for what was by far the most qualitatively top-heavy line-up of the weekend. Some things were better off missed, though; both Sea Girls and Bear’s Den failed to hit the mark during their respective sets, instead finding that shows by Willem and Zwangere Guy were exactly what the crowd was after to give their day a much needed energy boost. Whitney‘s stunning show on the India stage did impress, though, despite its twinkling intimacy. New album Forever Turned Around is due later this month, its contents a collection of serene indie folk which serves as a great logical progression from 2016’s debut album.

If you still hadn’t received an energy boost come mid-afternoon, then you had two ways of getting hold of it: either lose your shit during Turnstile‘s insane X Ray show (that mosh pit during Real Thing, anyone?), or get down to KOKOKO!‘s jangly African world music grooves. Either way, you were going to be up on your feet for a solid hour. POND took a more suave approach to their set in the India, drawing heavily from the poppier influences on recent albums Tasmania and The Weather. The real highlight, though, came at the very end in the form of sprawling psych banger Man It Feels Like Space Again. By far and large the best song in POND’s back catalogue, it allowed Nick Allbrook and co. to send the Lowlands crowd into a well-crafted daze. James Blake didn’t hit the same heights, his music becoming lost in the cavernous Bravo tent. Although Blake’s a fantastic musician with a back catalogue to match, his Bravo show proved that sometimes you shouldn’t smash through a glass ceiling. Flohio didn’t need to worry about this, treating a packed X Ray to her slick rhymes over the course of an energetic hour. Rap was most certainly of the highest order at Lowlands this year, with both Loyle Carner and Dave standing out later on in the Heineken tent. Just like at Glastonbury a few weeks back, Dave got a fan (a blonde teenager called Cas) up on stage to rap smash hit Thiago Silva with him. And once again, the fan in question knew every single word. Will it go viral again? Probably not. But was it fun? Most certainly, although it’s worth pointing out that the true highlight of the hour was when Dave seemed to have no idea where he was playing. “We’re outside of Amsterdam right? What’s this place called?” he asked the crowd, before spending a solid minute trying to pronounce Lowlands.

One band who are no strangers to Biddinghuizen are the one and only Franz Ferdinand. New album Always Ascending is a step in the disco-slash-funk direction, and it’s a very solid one at that. Title track Always Ascending made for a ton of energy both on and offstage, finding itself sandwiched between old hits Do You Want To?, The Dark of the Matinée and No You Girls. The bulk of the band’s sixty minute set may have focussed on new music, but there was also plenty of space reserved for the band’s expansive back catalogue, including an absolutely spectacular rendition of smash hit Take Me Out, a track which never fails to impress. Tirzah also impressed, bringing her solid tunes to the X Ray not too long after. Now, allow us to paint a picture for you: it’s Sunday afternoon, and it’s the final day of Lowlands. Revellers are either half awake and figuring what to do with their day, or they know full well that their time is ever so slowly running out. Usually, anyone who finds themselves performing during the early evening shift on a Sunday early will understand the familiar struggle of playing to a half-full tent of weary-eyed visitors. Unless your name is Parcels, though. The Australian funk outfit made a huge impression during their hour long exercise in exquisite disco grooves and soulful jams. Taking to a packed tent(!) and grabbing everyone’s attention in Holland is quite the achievement, something punctuated by the insanely catchy Tieduprightnow and smooth Comedown. Parcels are one of the best live bands around today, and so it comes as no surprise that their set was one of Sunday’s – and the weekend’s – best. Everything fell into its right place, just as we like it.

The last six weeks have been tense ones for anyone on the organisational side of Lowlands, because up until a few days back no one knew if A$AP Rocky would actually show up. After a fight in Sweden the rapper found himself incarcerated for a full month, with last week’s guilty verdict amounting to no jail time. Good news, basically. The even better news was that Rocky’s Alpha stage show went down like a storm, his energy boundless and crowd relentless. A successful homecoming of sorts, you could say. Thomas Azier operated on a similar wavelength of relentlessness, even if the India tent wasn’t as packed as you’d have hoped. Speaking of packed, if you found yourself near the Bravo tent around 8:30 then you wouldn’t have been able to avoid catching some New Order. The legendary new wave collective rose out of the ashes of Joy Division back in 1980 and are still going strong to this day. Frontman Bernard Sumner was on top form for the duration of the band’s hour on stage, one which obviously culminated on a sprawling Blue Monday. There aren’t many songs which stand the test of time as well as Blue Monday, and that’s a fact. black midi had the tough task of playing up against New Order in the X Ray. The quartet took absolutely no prisoners from the off as they kicked straight into the abrasive and almost violent Near DT, MI. It’s a surefire contender for one of the songs of the decade, its no-holds-barred intensity an outlet of pure chaos. It set the tone nicely for what followed on the in the intimate X Ray, with the likes of the intricate Ducter and Speedway serving as further highlights alongside 953, the opening track on massive debut album Schlagenheim. Although black midi are one of the most left field bands on Lowlands’ bill, they’re by far the best. And by far, we mean far.

Over on the Alpha stage, dream headliners Tame Impala served as the band who festivalgoers undoubtedly had been looking forward to the most (unless you found yourself in the X Ray for Ross From Friends). It’s been quite some time since Kevin Parker and consorts made themselves heard, having last released a studio album (Currents) in 2015. Their set at Lowlands served as the final show on the Australians’ big European comeback run, and all signs pointed towards it being just as magical as you could hope. Was it, though? In short: yes, absolutely. A cathartic rendition of the magistral Let it Happen kicked things off with seven minutes of epic disco psych which bears all the hallmarks of a festival classic. From hypnotic synths and fuzzed out guitars through to a spellbinding ending complete with colourful confetti, Tame Impala made for what was the moment of Lowlands. Or, to be precise, one of many moments: A$AP Rocky joined the band onstage halfway through the show, treating the crowd to renditions of his own tracks Sundress and L$D in what will go down as a legendary Lowlands collaboration. The set continually reached memorable heights throughout, particularly on a woozy Mind Mischief, laser-laden Elephant, groovy The Less I Know the Better and the drawn-out, proggy epic Apocalypse Dreams. All four tracks formed an integral part of Tame Impala’s visual-heavy live show, one which grabbed the audience by the throat and didn’t let go until the final notes New Person, Same Old Mistakes rang out. Tame Impala are the best live band in the world right now, and nothing anyone says can ever prove otherwise.