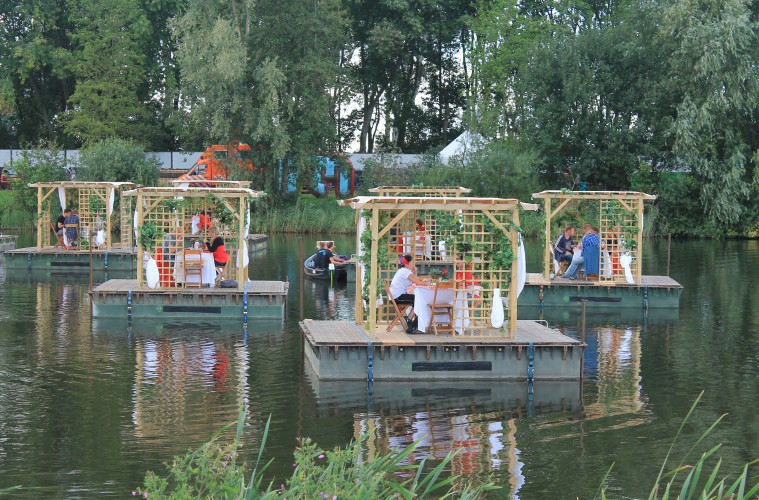 Lowlands Festival: Two Non-Musical Things You Can Do

With two days to go until all the action kicks off in Biddinghuizen for Lowlands’ 25th anniversary, we’ve opted to take a look at (and revisit) two things which you can get up alongside the music. One’s not for the faint-hearted, and the other is, but at the end of the day it’s up to you to decide what you’ll get up to.

HELGA’S HOUSE OF PAIN
This year, Cape Lowlands will once again play host to three nights filled with lust, danger and doom. Helga’s House of Pain takes absolutely no prisoners, with the scariest part being the fact that you’ll never know whether or not the infamous Helga is actually home. Last year’s reports are absolutely outrageous, so it’s safe to say that 2017 will be no different. It’s a final pitstop for all of Lowlands’ metalheads, with the house DJs specializing in nothing other than balls-to-the-wall metal, punk and hardcore. Don’t bow out, because then Helga will emerge and punish all non-believers. If you’re up for a no-holds-barred night of infamous raves, sex, drugs and rock’n’roll, then hit up Helga for your daily dose.
When? Every day. Where? Helga’s House of Pain, Cape Lowlands. What time? 23:00-05:00 GOEIEMORGEN LOWLANDS
Remember The Daily Paradise? It’s the daily talkshow which blessed Biddinghuizen throughout the last three years with its insightful discussions, debates and highlights all in the name of Lowlands Festival. This year, though, everything’s been switched up and altered as The Daily Paradise transforms itself into Goeiemorgen Lowlands. It’s basically the same, but now it’s a morning talkshow with Oscar Kocken, Daan Windhorst and Mark Kraan on hosting duties alongside live music from Jan and Keez Groenteman. Nurse your hangovers each day with a morning briefing from Biddinghuizen’s best presenting trio, and use it as a precursor to your inevitably busy days.
When? Every day. Where? Helga’s, Cape Lowlands. What time? 11:30-12:30. Check back tomorrow to see what we’ve got in store for the final day of our countdown.