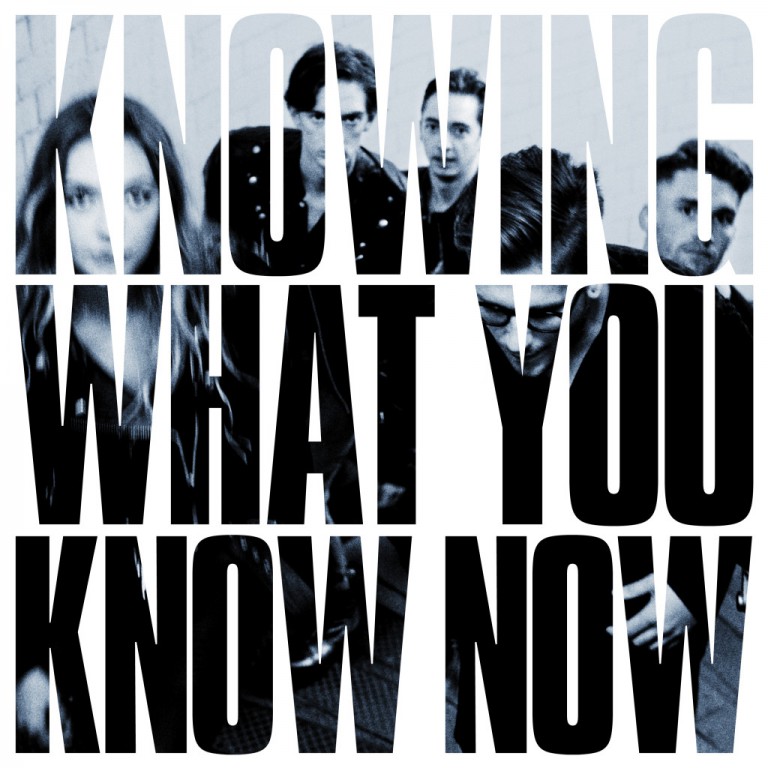 Marmozets Rise From the Ashes on Knowing What You Know Now

It’s been a while since we enjoyed some full-length magic from Yorkshire’s very own Marmozets. Becca Macintyre and her band slowly but surely bubbled up from within the British musical undergrowth, exploding on the critically acclaimed The Weird and Wonderful Marmozets back in 2014. It was a record which took their manic brand of alt rock and heavy metal around the world, from festival main stages to basement clubs all ready to preach Macintyre’s frantic gospel. Then, all of a sudden, it went quiet and the world moved on without even a peep from the quintet – completed by guitarists Jack Bottomley and Sam Macintyre, bassist Will Bottomley and drummer Josh Macintyre. Last year, all of that changed and like a sudden gust of wind the world was ready for new music from one of Britain’s most promising young bands. Knowing What You Know Now is the quintet’s second studio offering, and one which is made with the big stages and loud stereos in mind.

This much is evident from the moment Becca vocally rings in album opener Play. “One, two, three, PLAY!” she announces on the lead single, one which ditches Becca’s past history of unleashing manic screams. This is in favour of streamlined vocal harmonies and cleaner guitar tones, both of which combine on a cataclysmic chorus. “I don’t dance ‘cus I want to, I dance ‘cus I need to” declares Becca during said chorus, one which sets the tone for a wild ride the entire band are about to embark on. Follow-up single Habits sets the bar just that one step higher, allowing Becca to vocally go all out as her recognizable tone slots right back into the frame like an old friend dropping in for a coffee. “I get carried away” she sings dreamily, wistful synths accompanying this before the band get their time to shine. Despite being extremely tight on previous releases, 2018 really does sound like the year in which Marmozets’ rhythm section well and truly achieve levels of maximum tightness; the musicality on this record is nigh-on insane. The upbeat Meant to Be features a mixture of classic screamed vocals and brief call and response sections, both of which are co-signed by a dash of tambourine and hint of distortion. A Bottomley-meets-Macintyre closing riffs blows the rest of the song out of the water, so much so that mere feedback is all they need to signify some sort of ending. This is Marmozets-by-numbers, but in a good way.

Recent single Major System Error has already been out a while, but it’ll never fail to send chills down your spine the moment its ‘fuck everything’ chorus kicks in. There’s a blast of brass towards the end which elevates the band to Muse-like arena rock levels, which shouldn’t come as too much of a surprise considering that the Teignmouth trio invited Marmozets out on tour in 2015. “Don’t make me pick, don’t make me choose” proclaims Macintyre early on, adding that she doesn’t “need your advice” ahead of a suitably large chorus. It may well be one of the best songs Marmozets have ever put together, simply because it ticks all the boxes. Insomnia serves as the first slow moment on the record, incorporating jarring guitar chord combinations and a fuzzy melody line, both of which accompany Becca’s wispy vocals. “Ten steps forward, twenty steps back” she sings before alluding to the sleeping trouble which she may have experienced around the time of urgent knee operations she underwent ahead of recording. Its build-up is subtle, but once it climaxes you know exactly what’s up. This is the sound of Marmozets stripping things back, yet to an extent where the sound is still massive and fit for the biggest rooms and crowds full of lit-up phones and lighters.

Lost in Translation does what a fair few Marmozets songs do; namely, kick off by means of a simple drum beat courtesy of drummer Josh. Not that this initial simplicity should discredit him, though; Macintyre is a fantastic drummer, and his beats are often the driving force behind Marmozets’ fierce rhythm section. Like most of this album, Lost in Translation is a stadium-worthy rocker with killer riffs, tight percussive passages and captivating rhythms. You could argue that this by-numbers formula ends up becoming somewhat repetitive (which it can be, if not taken care of as well as the Bottomley and Macintyre’s do), but there’s something about the way in which Becca executes her vocals that really enables each song to stand out and sound totally different to the rest. Both Start Again and Not a Religion are good examples of this; the former allows Becca to experiment with vocal flexibility, whereas the latter encompasses grittily pulsating guitar riffs, some of Will Bottomley’s best bass work to date and splendid vocal acrobatics. “Keep your compliments to yourself” declares Becca, adding that she “don’t believe in keeping secrets” alongside in-your-face rhythms. The standout track on the second half of this record is Like a Battery, which powers onwards and upwards with unrivalled swagger and nasty guitar tones. It’s the kind of song which carries a radio-ready vibe, its attitude head and shoulders above other tracks on the album.

As the album heads towards a close, it’s up to the emotionally hard-hitting Me & You to carry the flame and slow proceedings down. A drum pad replaces Josh’s kit on this track, with lilting and almost shoegaze-y guitars enabling Becca to pour her heart out. She sings of such wonderful things, amongst them the hope of being in a “beautiful world where I hope to dance with you”. “We’ll be together, just me and you” she adds with utmost serenity, allowing her voice to wail, soar and echo in the night ahead of a slick guitar passage. Marmozets’ slow song repertoire isn’t huge, but Me & You is probably one of the best they’ve got from both a musical as well as lyrical standpoint. “Please don’t leave me” asks Macintyre towards the end of the track, before Suffocation takes control by means of an absolutely filthy guitar line and powerful riff section. If Suffocation were a person, then it’d be the school bully turned good – threatening and menacing at first, but pretty decent at its core and bearing little malicious intent. “I don’t want your sympathy, I tell you all the time” sings Becca, adding that she “feels suffocated”. “Stretched out, poisoned; it’s not that bad” is her counteracting manner of responding to suffocation, and one which makes way for album closer Run With the Rhythm. Its lilting opening guitars set the precedent for the rest of the track, allowing the band to once again slow things down on the album’s third slow cut. At least, you’d be inclined to think it was a slow cut until just over a minute in. That’s when the band all join proceedings and give the song a sense of hope which carries on through to the end of the record. It’s one of the most empowering songs in Marmozets’ repertoire, building up over its course to create a massive sense of euphoria unbeatable by any of their contemporaries. Marmozets have avoided ending on a ballad, which is the best decision they could’ve made considering the euphoric impact Run With the Rhythm possesses. A wailing falsetto helps ring out the track, before the curtain finally falls on the album.

Knowing What You Know Now might not feature frenetic and chaotic outbursts á la 2014’s Vibetech or early cut Skin (a true old-school banger, if anything), but that really does not matter in the slightest. This album is the sound of five of Britain’s best modern day musicians doing exactly what they’ve always done well, only bigger and better. From Play’s opening swagger to Run With the Rhythm’s enormous ending, and via some killer riffs (hello, Like a Battery) and thoughtful lyrics, Knowing What You Know Now does exactly what it says on the tin, and it leaves nobody disappointed. Welcome back, guys.

Knowing What You Know Now comes out tomorrow (26 January) via Roadrunner Records. Order your copy of the album here.