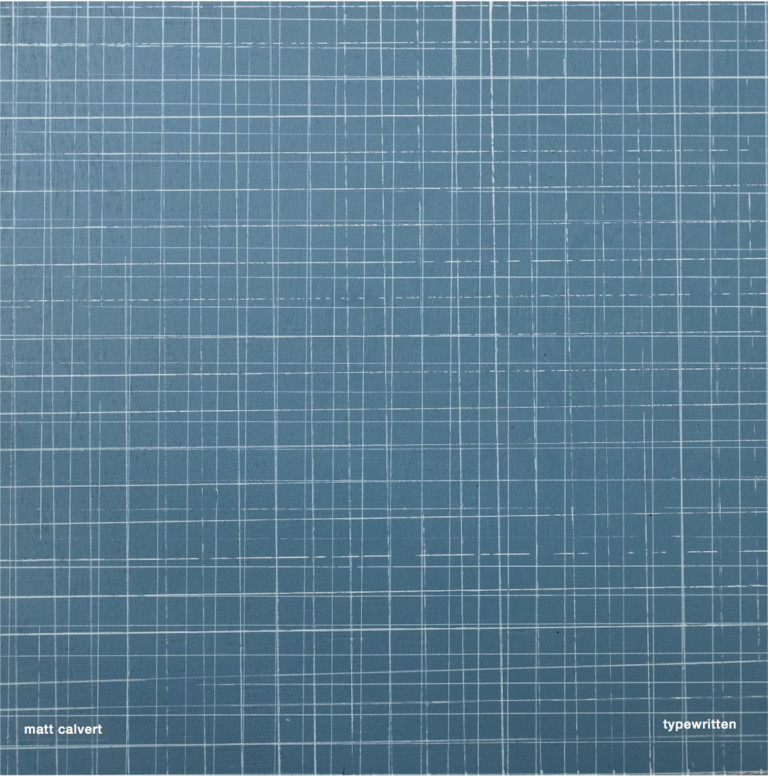 Matt Calvert is perhaps best known as one third of the modern electronic prog-rock behemoth Three Trapped Tigers. While TTT may not make the sort of music that suits all tastes, even the biggest sceptic would find it hard not to be impressed by the sheer musicianship of what they do. Most immediately striking is Adam Betts’s drumming, which is utterly mesmerising. The way that he can reproduce the sorts of inhuman rhythms that define artists like Squarepusher (which you would otherwise think physically impossible to be recreated by a human in real-time) is a feat of human achievement. While the drumming itself may be wildly impressive, it’s not particularly widely known that the writer of these parts is in fact Matt Calvert, with Adam rising to the challenge of recreating his programmed beats live. This core idea of reproducing an augmented, electronically written part in an acoustic environment has only been explored through the drums with Three Trapped Tigers, with the other instrumentation using synthesisers and guitars with abandon in order to create their signature sound. It’s allowed them to create a series of incredible albums which has resulted in legends like Brian Eno becoming a big fan.

Matt has been talking about his debut solo album Typewritten for quite some time. One of the songs een dates back to 2012. He’s not been being lazy since then, he’s a regular Heritage Orchestra collaborator, musical director for Goldie’s live band and is part of Strobes. However, the concept of this album has been strong enough that it’s remained on the backburner, and now it has finally been given the chance to be realised. When you hear it for the first time, you realise why it is that this album was not one which could be rushed.

The high-concept in question with this album is that it contains no electronic instruments. Every instrument that makes up the songs from Typewritten is acoustic. That’s not to say that it’s an ‘acoustic’ album, with the connotations that word implies however. The word often brings to mind lazy, faux-emotion used as a shortcut for emotional authenticity and advertising placements. Typewritten does not belong in that classification. In many ways, Typewritten sounds like it is an electronic album, composed using the tricks and tools of DAWs like Ableton to create the wealth of sounds which make up its tracks. The difference, however, is that rather than being comprised of synthesised glitches, samples and wave-based sounds, it’s instead made up of a variety of real world instruments from strings to saxophone. The acoustic realisation of electronic compositions was going 360.

Long before the album’s release the track 12501, named after Calvert’s postcode from back when he lived in Berlin, appeared on streaming services with relatively little fanfare. Gentle clicks, a variety of glitch sounding percussion amongst a number of other soft rhythmic instruments compliment a harmonic guitar line reminiscent of a music-box which the song hinges around. What the song makes clear from the outset is that while the concept behind the album may be interesting in and of itself, it isn’t really that important. The song is a beautiful triumph whose serenity feels like it’s massaging your mind as it plays. The gentle shuffling feels perfectly timed as the season turns to autumn, the restless light rhythmic elements like the footsteps of busy small animals across a forest floor. Sometimes you forget that there are no plugins or sound manipulations working on the rhythm section, its plethora of sounds sometimes hard to identify in the way that they’ve been made. A short time later, album opener Mute Heart was released revealing an entirely different side to the album. Less immediate than its predecessor, it glides along with a jazzy haze, slowly building throughout patience and subtlety, before taking a turn for the sombre in its closing phrases.

Perhaps because of the nature of the album having such a distinctive sound, Calvert has been able to get away with trying a wide-arching array of ideas without the album feeling disconnected from itself. S Waltz is almost straight up chamber jazz while Ren hinges squarely on its groove to create something outright danceable. Yu Or Me builds over a stumbling rhythm reminiscent of Flying Lotus at his most disjointed, somehow sounding even more perverse knowing that its elements are being played by actual instruments. Under other circumstances these elements might sound token and unfocussed when combined together, but the sound manages to ensure that this is not the case.

With the sheer complexity of how hard this album must have been to put together, you can understand why it took so long to materialise. Only the closing track Ghost Ship has a semblance of relative simplicity, coincidentally being the only track on the album lasting longer than five minutes, allowing its gentle melodies to flow. Though a tender moment, the album never feels as distinct as when it’s at its most rhythmic. The unusual methods in which the percussion instruments sit under the tracks is its defining signature. The beats may not be as fast as those Adam Betts is challenged to reproduce, but the idiosyncrasies and sudden changes are striking and feel unfamiliar in their delivery.

The brevity of the album, in some ways, works as a strength, never allowing the tracks to outstay their welcome preferring repeated listens to dwelling on ideas in order to get the point across. However, it does mean there’s a certain impatience still to these tracks, with ideas piled on top of ideas which can become exhausting on occasion. Suffer feels as though every piece is fighting for attention, with ideas progressing at a mind-melting rate. There’s a lack of grandiosity to it all, but then again, that’s not a huge surprise when considering Calvert’s other musical projects. While Ghost Ship may lack some of the originality of some of the other tracks, at least it’s given space to let things develop naturally.

Calvert has created a gem of an album in Typewritten, where the concept’s premise has been realised in a way that makes you want to hear more of this sort of thing. Infusing tropes from dance music into these genres where it’s unusual to hear them combine in an organic way is an achievement in itself, but it’d be easy to get wrong. It shows the deep understanding Calvert has for jazz, classical, rock and dance music that he has found a way to combine these elements without obvious tokenism. As a result, he’s created something unique and rewards multiple listens as you begin to untangle the sounds within. With the sheer wealth of talent and effort that must have gone into making it though, it’s hard to imagine this paving the way for more to follow in this path and it’s hard to imagine its sequel will be on the way any time soon. Typewritten is out this week Friday (12 October).