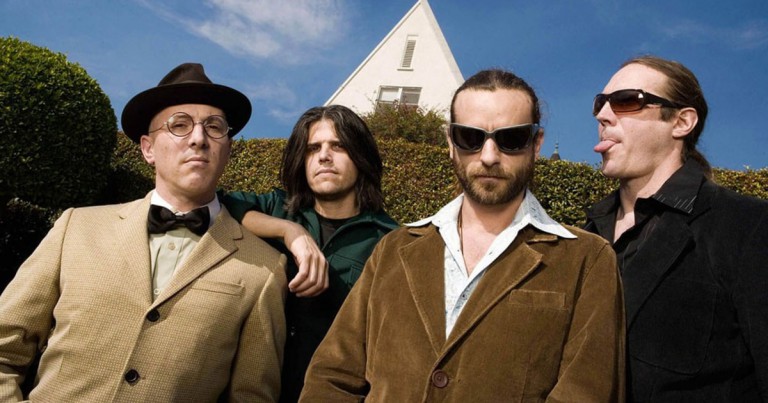 UPDATE 20:39 CET: A previous version of this article incorrectly used the term ‘sexual misconduct’ in the headline. This has been amended.

Tool and A Perfect Circle frontman Maynard James Keenan has been accused of rape by multiple women.

In an anonymous Twitter thread started by one alleged victim, Keenan is claimed to have selected fans out of the crowd during the early 2000s before committing acts of sexual misconduct and – in some cases – rape. The entire thread describes the victim’s account in great detail, with a separate Reddit topic further featuring multiple recounts of similar events which back up the initial Twitter thread.

The Twitter thread goes to great lengths over the course of twenty messages, and below we’ve inserted a handful of key quotes. You can read the full thread here.

Deep breath. I have to anonymously tell this story because I tried to tell it from my real account and couldn't name him directly out of fear, so I deleted the tweets. Here goes: I was 17 and he was 36. 1/

I went to see A Perfect Circle and NIN in the year 2000 with my high school boyfriend. I will leave out the city in an attempt to protect myself. We were looking forward to this all year as both of us were really huge fans, teenagers obsessed with great music. 2/

I said, “Can my boyfriend come with me?” The heavyset woman said “I only have one pass. You can meet them now if you want.” I told my bf that I’d see him in a few minutes, and then I followed her backstage. She lead me back to the VIP area, and I never saw her again. /5

I was ready to go back with my bf. NIN was starting and I didn’t want to miss it. But Maynard kept chatting. He asked me how old I was. I said, “I’m 17.” Then he said, “I can’t talk to you here, let’s go watch a movie” and he pulled me away from everyone and onto a tour bus. /7

I froze so he had to move my body into a missionary position. He pulled off my cargo pants. He forced himself in- there was no attempt at "warming up". I mention this because this wasn't about sex. This was about raping me as fast as he could. /10

There was no consent made. I was not high. I was clean. He did not seduce me, he forced me, quickly taking advantage of my paralyzed state. It took me years to process his actions. He came all over my torso and didn’t wipe me off. There were stains on my tank top when I left. /12

It has been 18 years and I’m still working through the trauma of that assault. #MeToo and #TimesUp has been an eye opener. I hope that everyone gets a chance to heal. I hope I can heal. Maybe telling your story is part of the healing process for victims of sexual assault. /15

The aforementioned Reddit topic also features a handful of users recounting their experiences with Maynard James Keenan’s “proclivity for hooking up” with girls. Below are a number of excerpts from that thread, which you can read in its entirety here.

Also from Tool's subreddit. Just adding to the pot of claims, not stating anything. pic.twitter.com/bdGqeFlxlY

Neither Maynard James Keenan or his management have responded to these allegations.