James Hetfield and co. will spend the best part of three months on the road next summer in support of most recent studio album Hardwired…to Self-Destruct. News of the tour comes mere months after the quartet last took on Europe, having treated crowds throughout the continent to an enthralling 360 degrees live production earlier this year.

The new dates, which kick off in Portugal on 1 May and end in Mannheim on 25 August, feature special guests Ghost and Bokassa. Check out all of the dates below, which also include huge nights at London’s Twickenham Stadium and Amsterdam’s Johan Cruijff Arena. 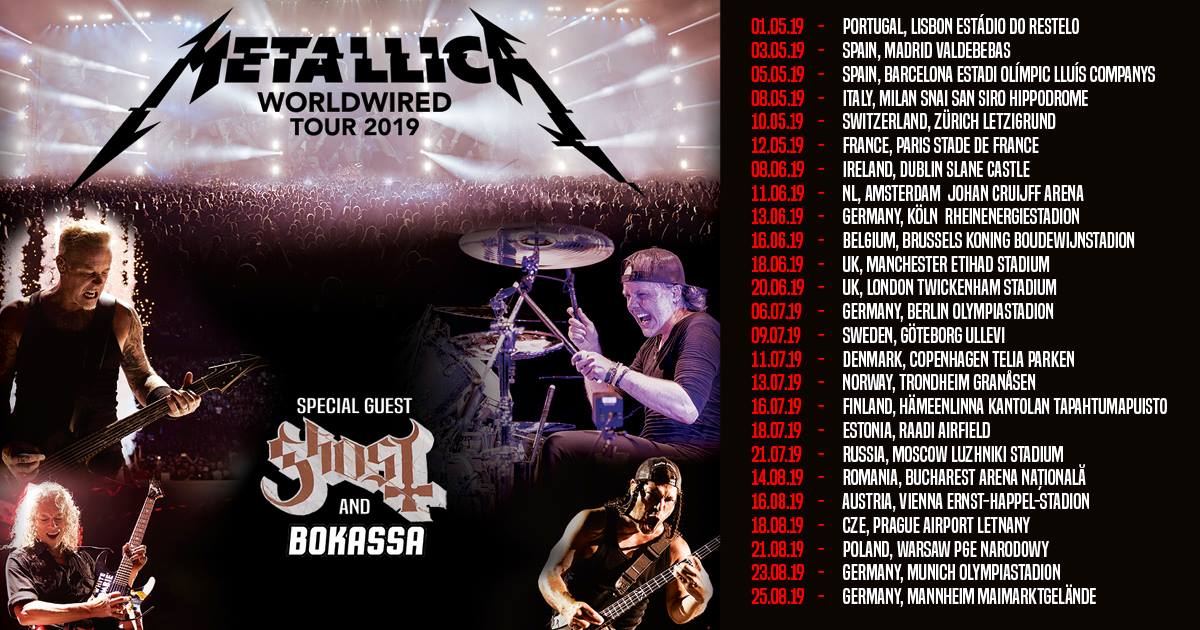 Tickets for all the shows go on sale this week Friday (28 September) at 10am local time. Fan Club pre-sales take place tomorrow (25 September). For more details you can head to the Metallica website.