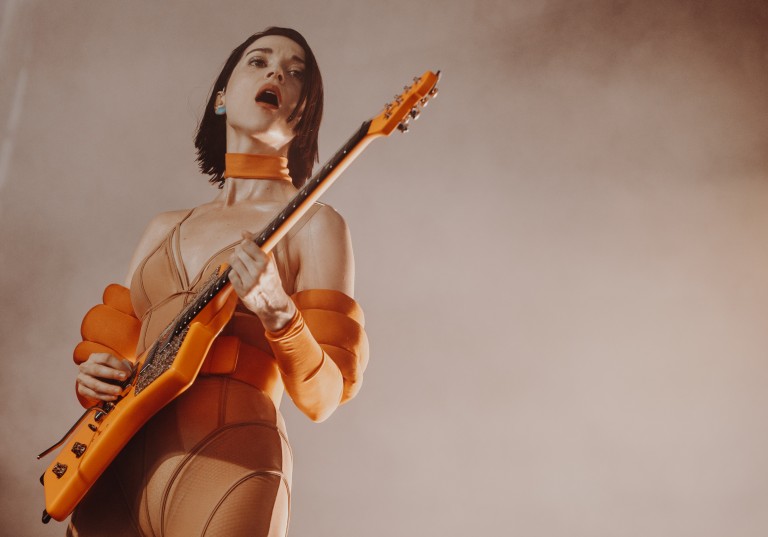 It’s been nearly a week since metal icons Metallica released a comprehensive reworking of their classic Black Album in honour of its 30th anniversary. The compilation album featured some fifty odd covers and unique interpretations of the songs on perhaps James Hetfield and co.’s most revered release by artists far and wide, plenty of whom you’d never think to mention in the same sentence as Metallica. Today we take a look at the best versions, ranked from ten to one.

10 CAGE THE ELEPHANT – THE UNFORGIVEN

Cage the Elephant‘s reimagining of The Unforgiven strips the song to its bare essentials, with Matt Shultz’s soothing vocals standing out.

9 PHOEBE BRIDGERS – NOTHING ELSE MATTERS

While Nothing Else Matters is a brooding hard rock classic, Phoebe Bridgers has managed to turn it into a sad indie ballad which relies just as much on the original version as it does on Bridgers’ own ethereal voice.

8 CHERRY GLAZERR – MY FRIEND OF MISERY

For My Friend of Misery, Cherry Glazerr removed everything which made the song a metal powerhouse, replacing it with all the core essentials of a great Glazerr song: Clementine Creevy’s hypnotic vocals, glitchy instrumental passages and effortless sense of cool.

7 IDLES – THE GOD THAT FAILED

The God That Failed is one of the best songs on The Black Album, but that didn’t matter to IDLES when they took it apart entirely and put it in their own sonic jacket. If you were never very familiar with The Black Album and heard this, you’d be forgiven for thinking it was one of IDLES’ own bangers.

6 RODRIGO Y GABRIELA – THE STRUGGLE WITHIN

Everything Rodrigo, Gabriela and their acoustic guitars touch turns to gold. So too The Struggle Within.

Rina Sawayama didn’t stray far from the path on her cover of Enter Sandman, the main difference being an absolutely monstrous percussion section and Rina’s own behemoth vocals. It’s got a flair for the industrial, turning Enter Sandman into a beat-driven beauty.

4 BIFFY CLYRO – HOLIER THAN THOU

With Biffy Clyro you never quite know what to expect. However, their version of Holier Than Thou sounds exactly how you think Biffy Clyro doing Metallica would sound. And it’s brilliant.

3 KAMASI WASHINGTON – MY FRIEND OF MISERY

This is perhaps the biggest curveball on the entire compilation. Jazzmaster Kamasi Washington has managed to transform My Friend of Misery into a sprawling fusion jazz epic complete with spoken word vocals, scurrying percussive sections and a general sense of sonic beauty. A mini epic, basically.

It’s almost as though Enter Sandman was made for Ghost to do this. It bears all the hallmarks of a perfectly haunting song by the Swedes, squeezing perfect chord progressions, eerie harmonies and hallmark solos into four short minutes. Papa’s back.

When sonic chameleon St Vincent‘s name appeared on the Blacklist tracklist, expectations were high. And they were met. Her reworking of Sad But True is a swaggering alt rock cut, with Annie Clark’s vocals underpinned by brooding synths, a chugging guitar and drum machines. It’s just as haunting as the original, but somehow 100 times more danceable than James Hetfield and co. ever managed. This is undoubtedly the best reworking on The Blacklist.

Honourable mentions go to The Chats’ pub-rock restyling of Holier Than Thou, Royal Blood‘s bass-driven Sad But True and Weezer for adding a little bit of Buddy Holly to Enter Sandman. And of course to Miley Cyrus and Elton John, the latter of whom made James Hetfield cry.

Listen to The Blacklist below.