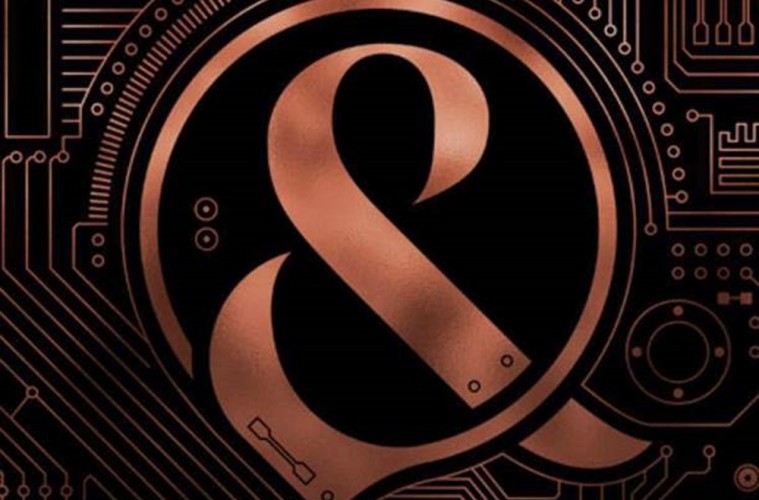 Of Mice & Men Spring Back to Life on Defy

Progression can be an interesting, albeit challenging, concept to grasp. The sonic evolution which artists undergo over the course of their careers is one which can play host to just as much praise as it can scrutiny, with little room for error in the process. Sometimes, when a period of brief experimentalism fails, there’s nothing better than to just say, “fuck it” and go back to the formula which enabled you to carve out a niche in the first place? Although not to an extreme extent, you could suggest that this scenario applies to California’s Of Mice & Men, who have essentially returned to their roots on Defy, the first collection of new music since the departure of former frontman Austin Carlile. Their last record with Carlile, 2016s Cold World, fell victim to too many moments of sonic sparsity and a distinct lack of lyrical depth and direction, both of which suddenly saw Of Mice & Men fall out of favour in a scene which they once conquered. When bassist Aaron Pauley took vocal duties upon himself, as opposed to finding a new member, people asked questions as to whether or not any new Of Mice & Men music would live up to the high expectations set on past releases. With a handful of new singles under their belt since Carlile’s departure, they now return on an album which has done well in re-cementing their status as a force to be reckoned with. The quartet’s newest chapter, on which they worked with producer Howard Benson, opens on the in-your-face title track, Defy. Chugging riffs find themselves well back in the frame, with guitarists Alan Ashby and Phil Manansala having both found back the shine which Cold World lacked oh so drastically. There’s a certain formula on this album which seems to work for Pauley as frontman, who has managed to find the perfect balance between clean and unclean vocals. He even makes room for a hefty dose of low grunts and gutturals, something which had been lacking in Of Mice & Men’s music for quite some time. As album openers go, Defy certainly packs a punch and comfortably sets the tone for a record which doesn’t stray too much from the path it initially heads down. Drummer Valentino Arteaga definitely shines bright on Instincts, which is one of the heaviest and grittiest tracks on the album. The pace it operates at and intensity it beholds bears similarity to 2014’s Bones Exposed, which managed to balance an anthemic chorus with brutal verses in the same way as Instinct does. Pauley sings of leaving your instincts behind and breaking down “the barriers of fear and superstition”. Carlile’s shoes were big ones to fill purely from a vocal perspective, so it’s reassuring to see that Pauley has not only filled them, but that he’s also had to buy bigger shoes altogether.

Early single Back to Me tones it down ever so slightly, following the same formula which is lathered across the whole of Defy. It’s one of the more generic tracks on the record, although you should probably take the term ‘generic’ with a pinch of salt in places as it’s definitely something which Of Mice & Men anno 2018 are attempting to avoid as much as possible. The gritty Sunflower contrasts Pauley’s cleans and uncleans well, underpinning them with more 0000-guitars and Arteaga’s sublime drumming. The sticksman does a great job on Defy, having even been allowed to let his drum fills take the helm at particular moments throughout. Comeback single Unbreakable, the first to have come out with Pauley on vocals, is one we all know well and one which has firmly made its way into the band’s well-renowned repertoire. It doesn’t pack the same punch as previous lead singles (think You’re Not Alone’s stadium-ready chorus and Pain’s Slipknot-esque grittiness), but it certainly does something to stay in your head for days on end. “I’m unbreakable, I’ll never break” declares Pauley during the chorus, adopting a lyrical standpoint which he makes plenty of use of throughout the album. It is an album of songs which concern themselves with defiance and proving doubters wrong, after all.

Vertigo is one of the slower, and subsequently weaker, moments on the record, which goes to show that Of Mice & Men really thrive when they go all-out and ramp up the tempo tenfold. This isn’t to say that their slower songs are of a lesser quality, though; on the contrary, Of Mice & Men have plenty of great slow-burners (think When You Can’t Sleep at Night), but they just don’t get it right on the stale Vertigo. Thankfully they’re able to follow this up with a true surprise – a cover of Pink Floyd classic Money. Their take on the psychedelic classic is bold, brash and unapologetic in both its musical and vocal deliveries. They take the dreamy essence of the track and transform it into a hard rock classic, one which bears some resemblance to 80s hair metal giants Steel Panther, Def Leppard and Boston. This is the kind of wacky creative choice which would never have happened during Of Mice & Men’s formative years, nor when they were well on top a couple of years ago. It goes to show that some risks are worth taking, even if they make very little sense on paper. How Will You Live packs a good amount of punch, but it’s on tracks like this where the aforementioned formula sounds a little too polished and thought out. On the Inside is similair to Back to Me in its musical approach, bearing some resemblance to 2014’s Restoring Force. “Can’t you see that this is killing me, but only on the inside?” asks Pauley at one point, following it up with an absolutely brutal grunt and destructive breakdown, both of which are underpinned by a lilting synth melody which throws necessary eerie vibes into the mix.

Warzone is yet another moment on the album where Pauley and his men absolutely thrash the fuck out of their instruments, providing the listener with a bout of organized chaos that looks set to start huge pits once they take it to the live stage. It follows an unapologetic and ferocious path, allowing to Pauley to unleash his doubts and worries alongside a spacing chorus. “Breathe in tranquility, breathe in serenity” declares the bassist, before he riles his band up for a crushing finale which sees the vocalist declare his intent to “fight back“. Penultimate track Forever YDG’n bears one of the album’s strongest opening lines: “you thought I was dead, and now you can’t get me out of year head“. There’s a sense of unhinged madness surrounding this opening line which not only sets a solid precedent for how the rest of the track should pan out, but also for how Pauley should approach songwriting on future albums. If he keeps it up as well as he’s done on Defy, then you’re looking at one of metalcore’s finest lyricists. Forever YDG’n comes to a predictably fierce ending, making way for Defy’s curtain call – If We Were Ghosts. For all its meticulously crafted instrumentation, sonic serenity and generally stripped back intentions, If We Were Ghosts does close out the album on a slightly weak note. Had it been placed elsewhere on the record, with a heavier track in its original place, then it would have probably made a whole lot more sense. As album closers go, it’s probably the wrong choice. Before we get carried away, it’s important to note that Of Mice & Men’s peak will always be defined by the gigantic Restoring Force, one of the best metalcore albums of the decade. It’s the kind of album which raises the bar extremely high, and one which the rest of Of Mice & Men’s discography will likely be pitted up against. Is Defy better than Restoring Force? No. Is Defy a good album? Absolutely. Defy is the sound of a band who have regained their confidence and come out fighting with a collection of music which certainly doesn’t hold back in the slightest. From the bizarrely brilliant Money and thrilling Instinct through to the destructive Warzone and stadium-ready Unbreakable, Defy is an album which Aaron Pauley and co. can be proud of, and one which they should definitely use in their power as a building block for the rest of their (now rejuvenated) careers. Of Mice & Men have sprung back to life, and they’re not afraid to let everyone know.

Defy comes out this week Friday, 19 January via Rise Records. Watch the video for Back to Me below, and pre-order the album here.