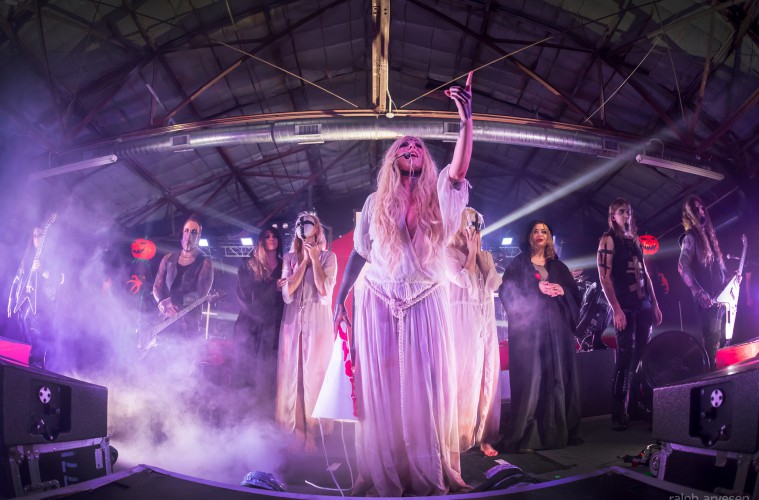 IN THIS MOMENT in Texas, by Ralph Arvesen

Shock rockers In This Moment have announced details of their first live shows on Dutch soil since 2015.

Maria Brink and co. will take to the 013 in Tilburg on Monday, 18 June before they also stop off at the Melkweg in Amsterdam a day later. Both shows form out part of their expansive summer festival tour.

The tour is in support of last year’s well-received Ritual, their most commercially successful record to date and also their latest in conjunction with Roadrunner Records.

Tickets for the band’s Tilburg show will set you back 20 euros, with Melkweg tickets setting you back a few cents less. Get your 013 tickets here, and head here if you’d rather see them at the Melkweg. Tickets for both shows go onsale this coming Monday (26 February) at 10am.