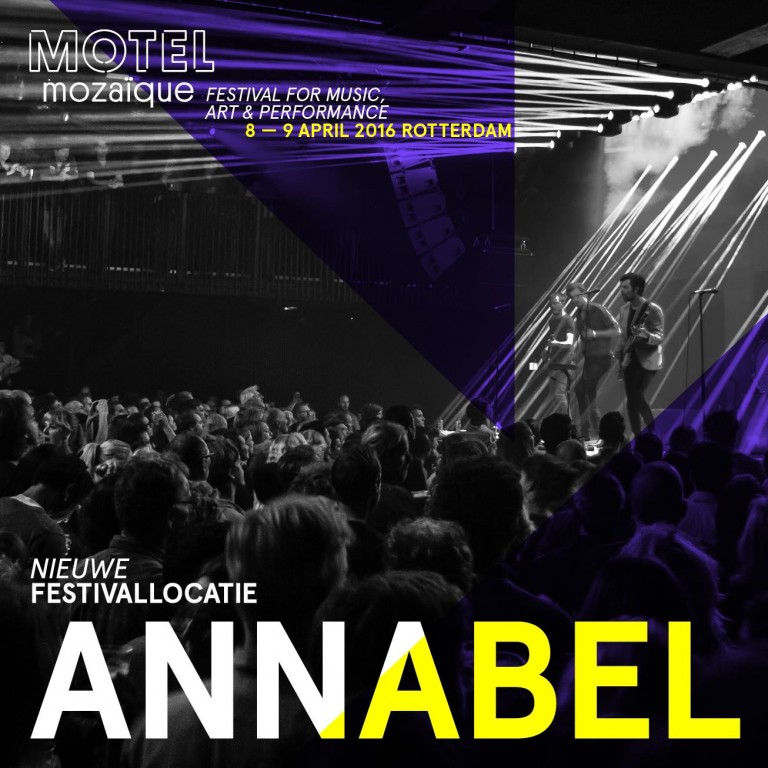 Every year, Motel Mozaique takes over the Dutch city of Rotterdam for two days of cutting edge music, art and dance. The festival’s central hub is the city’s Schouwburgplein, with various venues around the centre also taking part and hosting events.

For 2016’s edition, the organization have added a brand new venue to the festival, namely the 1,500-capacity Annabel, located near the city’s Central Station. The venue opened at the end of 2015 and has already seen the likes of Balthazar appear. The inclusion of a venue as big as Annabel is a good sign for Motel Mozaique, as it means that the festival can finally have a big-scale venue at their disposal.

Motel Mozaique 2016 takes place on 8 and 9 April throughout various venues in Rotterdam. So far, the likes of Protomartyr, Formation and Damien Jurado have been announced to play the festival. Listen to a full line-up playlist below.