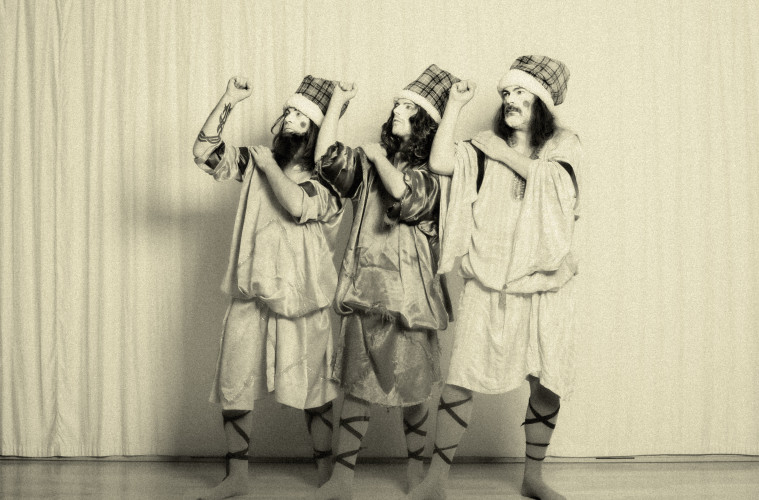 Motorpsycho: “We can’t run from ourselves”

For a band like Motorpsycho, touring is a way of life and the main constant of a career which has lasted nearly thirty years. With a global pandemic stopping the Norwegians dead in their tracks earlier this year, it makes you wonder how a band whose touring reputation is so prolific will make it out the other end. Add to that new album The All Is One – their 22nd release – which came out last month and you have a tricky situation. Jack Parker called up frontman Hans Magnus Ryan to talk about the new album, remaining fresh and how the industry can learn from the current pandemic.

Hi Hans. How have you been staying sane during the pandemic?
During the first couple of months, I had to take care of my two boys. They’re 5 and 7, so all of a sudden kindergarten and schools were closed. My woman works in the health system so she has to work all the time; I stayed home with the boys and had a homeschooling situation. It’s real strange, because I didn’t play any guitar or do anything with music for two months.

I can imagine that’s the longest you’ve ever gone without doing anything musical.
Yeah. It’s completely strange, but it made me really long for making music, rehearsing and touring again. I’m so happy that we are now back to work, even though we are unable to tour. We’ve done so much preparation for other kinds of music and we’ve kept very busy, but sadly we just cannot tour. You can do smaller shows in Norway, which we’re going to do. It’s for 150 people.

And they all sit distanced from each other.
Yeah!

Your 22nd album, The All Is One, is the final chapter of a loosely connected trilogy. Tell me some more about the Gullvåg Trilogy.
This trilogy goes all the way back to an album called The Tower which we made in Los Angeles. The artwork features a painting by Hakon Gullvåg, an artist who really liked our music. We loved his paintings too, so it was quite a wow moment to be able to work with him. We were so lucky to do that, and also so privileged. When he made the artworks for The Tower and The Crucible we noticed a connection. There was also a connection, for us, in the music and the lyrics; they felt interrelated. We didn’t know it at the time but all these albums had a trilogy-like feeling to it. It was not a conscious plan three years ago that these records would be a trilogy, because that’s something you don’t really know until you’re in the middle of working on it.

How much did other forms of art and culture inform your songwriting on this album?
We are culturally omnivorous. We read, we cook, we go to art museums on off days and we listen to any kind of music in any genre. We are really interested in what the world has to offer, because sometimes we get very bored with the same stuff that we do all the time. We seek inspiration in everything from art to science, and I think a lot of people do that these days. Everyone has the tools to reach out and learn about really far out stuff easily; stuff like astronomy and chemistry. I think everything subliminally influences you, and it comes out in your work as something as small as a vibe, a hint of lyrics or just melodic things. We don’t know how we are capable of writing such melodies, but it comes from somewhere. We’re exposed to lots of music, but we just let it flow and not think too much about it. It comes out in different configurations.

This is an album which, perhaps like no other of your releases, begs for big rooms and sprawling live shows. Did you have big plans?
Yeah. We were working on something for a 40-minute track on the album called N.O.X. and we’d been starting to plan a layout for a new tour which included Swedish guitarist Reine Fiske. We planned on touring this fall and also next spring; we had a couple of big long haul tours planned. There is nothing we can do about it, though. We don’t have that income anymore either, and we’ve lost a lot of money. It’s really hard now as we earn a lot of money from live shows and we use this money to invest back into the albums. We have to pay all the guys who work with us in the studio and the people who make the artwork. Now we have to figure out how to go about all of this in a new fashion because we don’t have any monetary resources anymore. Everyone is on the dole and we’re experiencing an extreme economic downtime, but this doesn’t affect our writing. This is the most important aspect, I think – you shouldn’t go into hibernation, you should keep doing the same things you’re doing.

I can imagine this period has given you more time than usual to keep writing. Is album #23 in the making?
It’s a good thing, you know? Now we’ve got so much time to dig in and see what comes of it. It’s different, though, because we’re so used to this ebb and flow of the touring lifestyle and recording, rehearsing and repeating that. Motorpsycho is slowly becoming a studio project, haha. It’s kind of scary because so much of our development comes from the inspiration we get when we play on stage in front of people, and the level of energy it brings us. Then again, we’ve toured so much during the last thirty years. This experience is going to expand our communicable consciousness and we’ll find something new.

The 40-minute N.O.X. suite in the middle of the album is sprawling and fascinating. How did this come to life?
We had parts of a skeletal version of it lying about for a couple of years, and then back in 2018 we were asked to do a 60th anniversary jubilee concert in our hometown of Trondheim. That was the starting point of trying to piece this track together, and at this concert we performed a preliminary version of it. We continued to work on it and then recorded it last November in Alesund. I guess we’d just been working on it on and off for a couple of years; it’s a long piece. We have some experience with longer stretches of music, for instance a record called The Death Defying Unicorn which is also a longer conceptual piece. We’ve got some ways of doing this and sometimes we like doing it simply because it’s a different angle to the songwriting process. Especially compared to writing three to five minute pop songs! You want to find riffs which you can play for hours and hours, so you collect as many of those as you can and then you try to juxtapose them. It’s really fun, but also frustrating because it takes a lot of time. It’s a completely different piece of work compared to the more standard pop-style songwriting, which is all about instant gratification. Sometimes you can write pop songs really fast, but that doesn’t mean it’s any good. This is a different kind of work; you have to wait, and every now and then you make this enormous progression. Then you go into limbo and something big happens. It’s like developing a photograph or painting a picture.

22 albums in and you still manage to find ways to stay fresh and change things up whilst retaining that Motorpsycho sound. How?
Something is automatically there. It’s the backbone, or the little brain, of the Motorpsycho psyche. We can’t run from ourselves, it’s the voice of the band. We don’t have to struggle to sound like this, and we don’t even know what that might be. It’s some kind of signature voice and of course some of it comes from thirty years of bad musical habits. You can try to run from yourself and make new stuff, but you’ll end up sounding like yourself anyway.

It’s clear that, to a great extent, the music industry will not be the same when normality resumes. Do you think the industry can learn any lessons from this shutdown?
I think this is all really problematic for independent labels, distribution networks and bands. We don’t have lots of funding or a big company who we can survive under. It becomes really nasty and it will be a survival of the fittest situation where the biggest companies with the most money will survive and run off with a lot of the assets that belong to the underground. It could be a very nuclear winter and there will be a long fallout. I also fear the worst for the European club scene. A lot of venues don’t own the buildings they’re in and everyone is paying shitloads of rent every month. Indies are easily run into bankruptcy, so I really fear the worst for the club circuit. One other thing is that digital media and the streaming bullshit will continue to grow. It will probably affect the music in the end as well. Something will be there for the future, but for bands right now trying to survive it’s really hard. In Norway you can get money from the government, but for my friends in the United States or Italy it’s fucking impossible these days to survive as an artist. Compared to the 1970s you just cannot survive; there is nowhere to go and this is a reality I fear is only getting worse. Of course I hope for the best, but we’re just trying to brace ourselves for a nuclear winter and war times. I’m a pessimistic realist about this whole situation, and I just hope we can get back to touring in the next couple of years. The All Is One is out now.