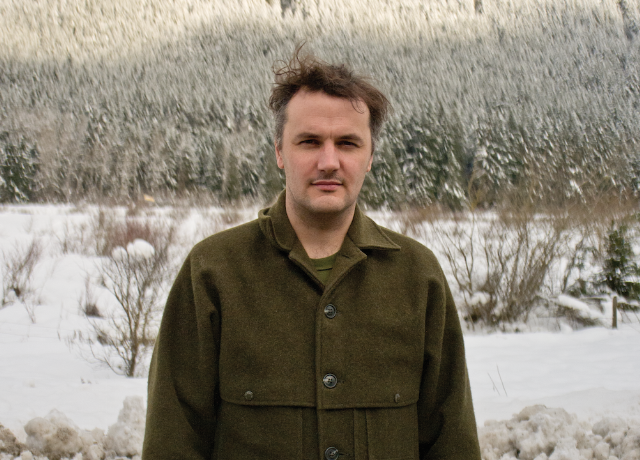 Mount Eerie Creates Another Raw Masterpiece Cut From His Own Grief

Grief is a very personal thing. It affects different people in different ways. Its symptoms are not always immediately obvious and can come out in ways that don’t fit the archetype. It’s a universal experience that defines us as humans who care about things. That much we have in common, but it’s otherwise one of the most intimate experiences you can have. It’s not always immediate, sometimes it can seem from a distance that the person didn’t feel anything at all. It’s easy to judge another person’s grief, set timelines on the various steps towards acceptance, deciding whether or not the response is proportional. None of that changes anything though. If we were sophisticated enough to control our subconscious actions then they’d no longer be subconscious. Instead, our experiences are our own.

In 2016, Phil Elverum’s wife Geneviève Castrée died of pancreatic cancer. Phil suddenly faced the situation of being a single parent, making sense of his new reality. It’s the sort of tragedy you wouldn’t wish on your worst enemy, and cannot begin to pretend that I could empathise with how it would feel. I have no idea how I’d even deal with a close friend going through a similar situation, clueless as to what you could do or say to try and help. Throughout Elverum’s musical back catalogue, his lyrics have always been a key part. So honest, so open, so sincere, and with many references to the contentment of life with his wife. She became part of the music, which reflected both the life and art of Phil. Shortly after Geneviève’s passing, Phil recorded the album A Crow Looked At Me, which documented those days after the death in brutally honest detail as he came to terms with what had happened.

Not since my hormonal teenage years have I experienced such raw, unapologetic emotion when listening to music. The first few times I tried to listen I couldn’t get past the opening track. Gone were the lush arrangements, just a stripped back pained Phil talking about these experiences with the sort of honesty that feels uncomfortably voyeuristic to hear from someone who is essentially a stranger. It’s one of the few albums that has literally reduced me to tears and compelled me to tell my wife how much I love her while she remained oblivious to the reasons. It had no answers, it asked for no sympathy, just documented the events in a way that could make no sense of it all. I’d never heard anything like it before, and in many ways, I’m glad of that. The instrumentation was simple and gentle, a vessel to get the message across, barely held together itself.

Now Only follows that album documenting the weeks which followed as life went on in the next weeks and then months. Where A Crow Looked At Me opened with the haunting “Death is real”, Now Only begins with the gentle “I sing to you, I sing to you Geneviève. You don’t exist, I sing to you though” delivered in a similar gentle manner. Though there is this overlap, Now Only feels more fleshed out than its predecessor, perhaps with a more controlled approach to how it all sits together. There are more of the traits which make Phil such a unique voice in what he does. He doesn’t so much create songs as create soundtracks to his lyrics. He’s comfortable leaving ambient noise and space to punctuate a particular point. He references himself, creates worlds and experiences through sounds that encapsulates a confidence and uniqueness that makes him such an accomplished artist. The self-referential elements draw comparisons to artists like Mark Kozelek, but with higher concepts and themes than just the stream-of-consciousness. Phil still has no answers, but now deals with the distance between himself and his wife as the time between now and her death increases. He struggles to find ways to remember her but also to move on. Tintin in Tibet recalls their first meeting fondly looking back on the memories with vivid recollection. He sounds almost as though he’s singing through a smile as he recalls the highlights of their early courtship, the whole experience documented in meticulous detail. The switch from this memory to the time she died is sudden, yet feels as though it’s filled with more purpose than what came before. Remembering these events gives him the justification to sing to her because, as he says in the opening to the following track Distortion, ”I don’t believe in ghosts or anything, but I know that it’s some sort of version of you that I’m carrying around”. He goes on to wonder about immortality, considering what does and doesn’t matter in his life, trying to find out what any of it really means.

There are still no definitive answers in Now Only, but the thought process feels less raw and with another level of creative abstraction. He describes his grandfather’s dead body, dwelling on past memories interspersed with unexpected memories of his dead wife and the effects that has over the slightest of things. There’s a scattering between the present day responsibilities of being a single father, the memories of significant events from his life’s past, and dealing with the events that come from being a touring musician. Life goes on whether he likes it or not, and he’s not sure what he’s supposed to feel. Earth sums it up with its opening line “I don’t want to live with this feeling any longer than I have to but also I don’t want you to be gone”. With such intensity continuing from the last album, it comes as quite a surprise when the major key change happens on Now Only as the music takes on childlike quality, making the line “People get cancer and die, people get hit by trucks and die” almost sing-a-long in nature. I’ll confess it actually made me laugh the first time I listened its unexpected dark humour. It’s short-lived though as the song’s mood reflects the changes and sudden reminders that come at inopportune moments and the overwhelming effect they have.

The subject of grief is relatively taboo in our society. We are expected to behave in certain ways, and to comply with a certain narrative when dealing with loss. There’s even a legal amount of leave that someone can have when getting over a government approved mourning. Much like how new parents say that anyone who has a child older than two cannot truly empathise with the difficulties of a new parent, the reflections on grief are too often looked at with a distance of retrospect. I don’t know how Phil found the strength to create these two albums in the aftermath of his wife’s death, but I think we are lucky to be privileged with its results. The journey through the positives, the negatives, the emotion and the numbness, all delivered through real time reflections is a document like no other. No-one should have to go through an experience like this, but it also shouldn’t be something that’s ignored or unspoken. These are things that could happen to anyone, and they’re the loneliest times in our life. The experiences may not be identical for everyone, but sharing in the moment can help. In the hands of anyone less capable, this project would have been a huge risk, but it’s a testament to Phil Elverum’s gift that he has created the perfect second part to this tragic masterpiece.