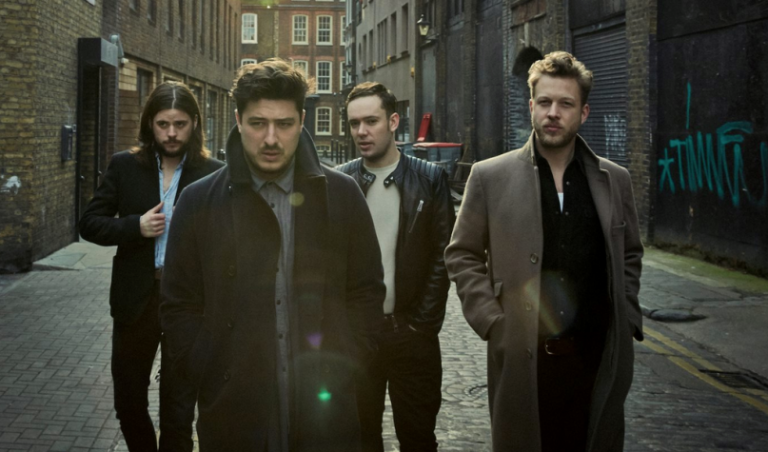 Johannesburg was recorded during the band’s South African tour earlier this year together with various other musicians, amongst them Baaba Maal, Beatenberg and The Very Best.

The blurb for the mini-album reads: “The South African Broadcasting Corporation had a room. It had two. Literally, two rooms. A few corridors away, and around the corner. It was a magnificent building though, all imposing wood panelling and endless corridors leading to more corridors. It had something a bit brutalist about it. It had a vibe.”

“The song which opens Johannesburg, ‘There Will Be Time’, is a belter. Tender but not shackled by any sense of restraint. It has that special inference of yearning that Mumford & Sons do so incredibly well, and when combining that with the musicianship of Baaba Maal’s glorious crew and his vocals which interweave mesmerisingly with that yearning thing, you’ve got something really quite otherworldly.”

“Otherworldly indeed. When the musicians amassed on stage in Pretoria to perform it together, a terrific storm raged overhead and the thunder seemed to crack with percussionist Mamadou Saar’s every other beat. It was quite something to behold. Pathetic fallacy, of sorts. In the rain the good people of Pretoria and its surrounding villages danced and embraced the moment. This one was theirs to embrace.”

The album comes out on June 17, and you can watch the trailer below.