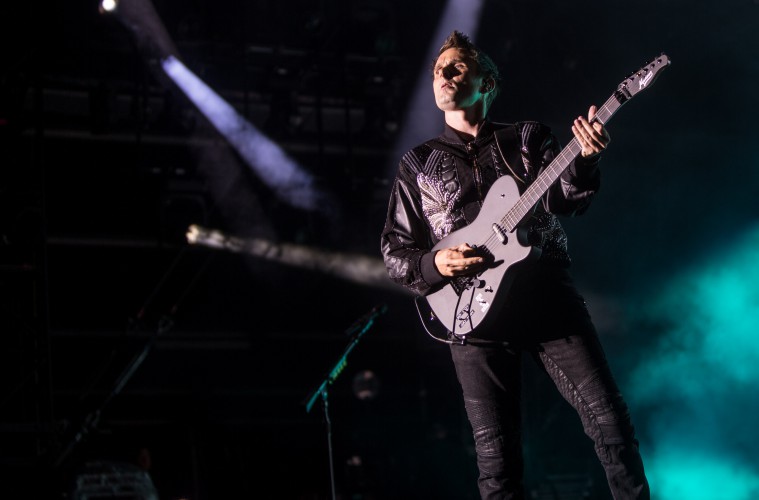 Something Human is the latest standalone single set to be taken from Matt Bellamy and co.’s upcoming untitled album, which is due in November.

It follows on from February’s Thought Contagion and last year’s Dig Down, both of which are expected to feature on the new album. Speaking of the new track, Bellamy said: “Life on the road can bring out your inner beast, this song and video is about taming that beast, desiring a return to something human. Plus, Teen Wolf is cool”. It’s accompanied by a Lance Drake-directed video, with Drake himself having the following to say: “Our aim with Something Human was to continue the journey that began in Dig Down and Thought Contagion. Pulling further into a simulated world we follow Matt, Dom, and, Chris on the chase of a lifetime – where something as simple as returning some video tapes becomes an epic journey.”