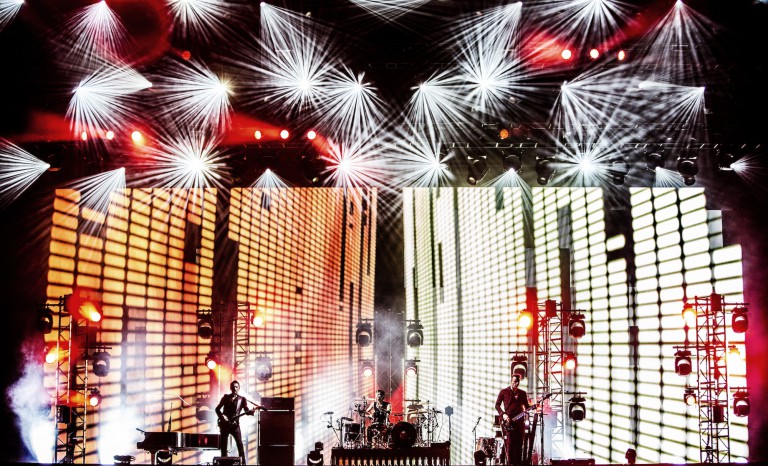 In a post to Facebook, Muse have confirmed that they will be headlining the first day of Glastonbury Festival this year. The Teignmouth trio will bring 2015’s Drones to Pilton on Friday, 24 June.

Playing a little show at home…

This announcement follows the confirmation that Coldplay will headline the final day of the festival (26 June), with PJ Harvey and Jeff Lynne’s ELO also set to appear across the weekend.

Glastonbury Festival takes place from 22-26 June in Pilton, Somerset. Watch the video for Revolt by Muse below.