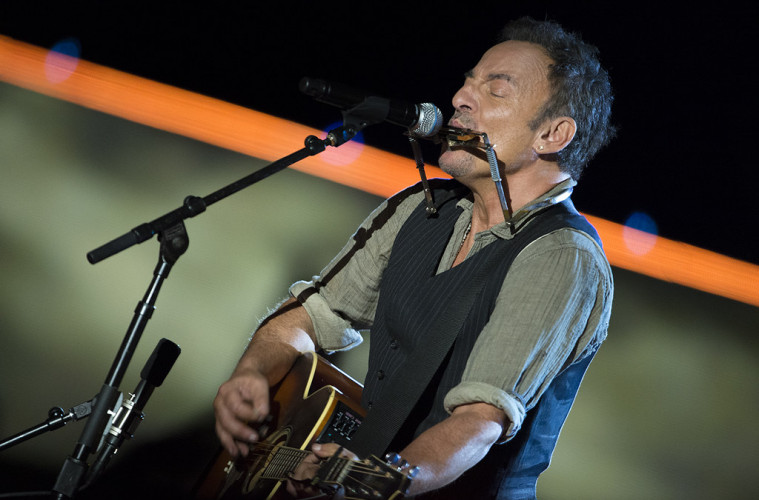 It’s The Music Movie Era – Which Rockers Should Be Up Next?

For music fans who like to go to the movies, it’s been a fun 12 months. Last year brought us two of the most popular music-related movies in a long time. One, A Star Is Born, was a Hollywood remake about fictional musicians, and an eventual Oscar winner for the original song “Shallow” (performed by Bradley Cooper and Lady Gaga). The other, however, was Bohemian Rhapsody, a Freddie Mercury biopic that took some generous liberties with history but still gave us all an excuse to get back into Queen. Critics had their issues with the film, but there was something pretty spectacular about seeing the band’s greatest hits played out in recording studios and on stages – and Rami Malek’s frame-for-frame imitation of Mercury’s iconic Live Aid performance was extraordinary.

So far in 2019, Hollywood has kept right on rolling with the rock star-centric films. Rocketman, about the rise and struggles of Sir Elton John, was a late-spring hit and continues to rack up impressive totals at the box office. And Yesterday, a movie that will take a bizarre approach to re-upping Beatles hits, seems poised to become one of the first hits of the summer (and is already scoring some intriguing reviews).

Add that all up and we’ve gotten an Oscar-winning original rock song, homages to Queen and Elton John, and a Beatles fantasy in the span of less than a year. And in different ways, all of these projects have been (or in the case of Yesterday figure to be) successful. If you’re much of a fan of the movie industry, you likely know that Hollywood doesn’t let trends like this die for no reason, which means right now there are undoubtedly other scripts for as-yet-unmade rock star dramas making the rounds – and some of them are bound to be produced in short time.

We can’t speak to the specific scripts out there, but to speculate that there’s probably at least one for just about every major musician who ever lived. What we can do, however, is list some preferences as to which artists and groups would best keep the trend alive.

There is no definitive best rock band of all time, but most conversations on this front that include The Beatles tend to include The Rolling Stones as well. It’s a group that’s been active for decades, had more than its fair share of dramatic highs, and produced timeless music. Throw in larger-than-life characters like Mick Jagger and Keith Richards at the center of the action, and a modern Stones flick seems both inevitable and irresistible. The barrier here might just be that The Rolling Stones are still so active – certainly much more so than Queen (which does still play), Elton John (who’s wrapping up his touring days), or The Beatles. Still, we’re betting Hollywood won’t keep away from this option for too long.

Guns N’ Roses may have the same issue as The Rolling Stones. More or less on its way out a handful of years ago, the group has come roaring back in full force. It started with a few teases, such as a mystery movie trailer and a licensed casino game that appeared among the free slots on offer in the U.S. The slot game actually remains quite popular as part of a broader rock series, but for GNR it was indeed a tease, released just before a massive 2016 reunion and subsequent worldwide tour. There’s now talk of new albums on the way, so perhaps the film industry will wait until the story’s complete to portray it on screen. Regardless though, this has become one of the most enduring and beloved rock groups of all time, and here too there are massive characters to form a story with.

This could just be the most inevitable idea of the bunch. Bruce Springsteen may not be quite as iconic as The Beatles or The Rolling Stones, but he’s every bit as beloved by his fans – and very few people dislike him. Springsteen is the rare artist who’s inspiring and transcendent for true fans, but also perfectly enjoyable to people who don’t care one way or the other about him. That would seem to make him ideal for a Hollywood blockbuster. The right actor depicting Springsteen’s rise to stardom (and a few fun characters playing out the E Street Band) could bring fans to their feet cheering in crowded theaters, and make new fans of more casual moviegoers.

Billy Joel rounds out the list, and really we can say a lot of the same things we just said for Springsteen here. Joel may not make a fan of everybody, but few people have an issue with him, and most everyone seems to be able to get into a few of the hits. In fact, one could specifically compare him to Elton John in that his mix of high-energy rock songs and soulful piano melodies seems, above all else, accessible. Now, Joel has actually gone on record saying he’s not interesting enough for a biopic – but we’re going to go out on a limb and say he’s underestimating himself. Besides, the music’s what matters most, and his is certainly “interesting enough” to support a fun film.