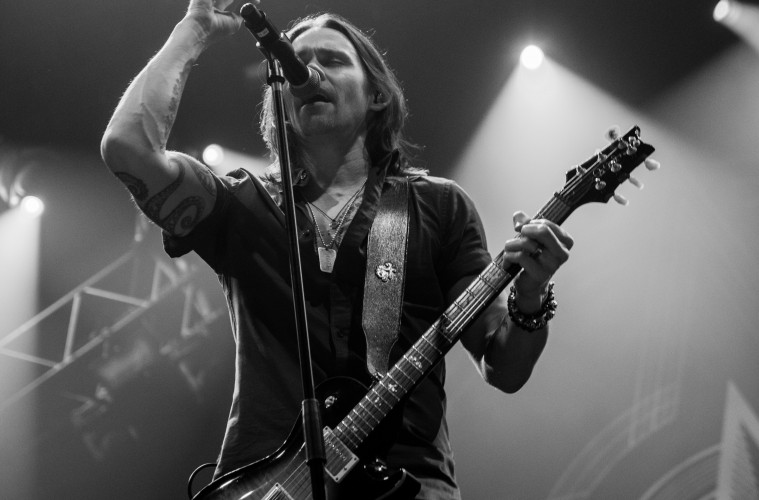 The American vocalist yesterday announced his signing to Napalm Records, who will bring out the full-length Year of the Tiger in the spring of 2018.

In a statement, the Austrian label further discussed the new deal: “He is the distinctive voice of Alter Bridge. He as well gained incredible recognition with being the voice of Slash‘s back band Myles Kennedy and the Conspirators. He jammed with members of Led Zeppelin, he worked with the best of the best… he is undeniably one of the greatest rock singers of our time. After the successful collaboration between Alter Bridge and Napalm Records, Myles Kennedy as well decided to sign with the Austrian label to release his long awaited first solo album.”

Kennedy himself added: “I’m excited to announce I’m teaming up with Napalm Records for the release of my first solo record YEAR OF THE TIGER. This record is something I’ve always wanted to make and I’m grateful to Napalm for believing in me enough to get behind it.”

More news surrounding the record is expected soon, but for now you can watch a recent Alter Bridge festival performance below.