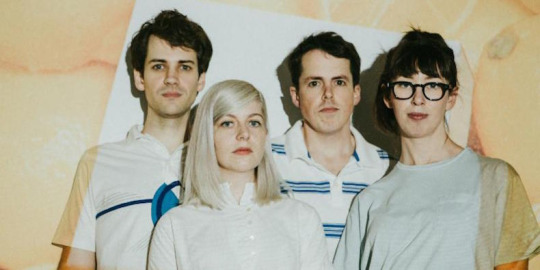 In Undertow is taken from the outfit’s new album Antisocialites, which comes out 8 September and looks set to kick off another era of summery, heartbreak-infused dream pop anthems from Molly Rankin and co.

Alvvays emerged in 2014 with their self-titled debut album, which set indie hearts alight thanks to the likes of the twinkling Archie, Marry Me, scuzzy Adult Diversion and upbeat party-starter Next of Kin.

Check out the new single below, and make sure to catch the quartet live when they appear at Amsterdam’s Bitterzoet (18 September) and Utrecht’s EKKO (17 September).