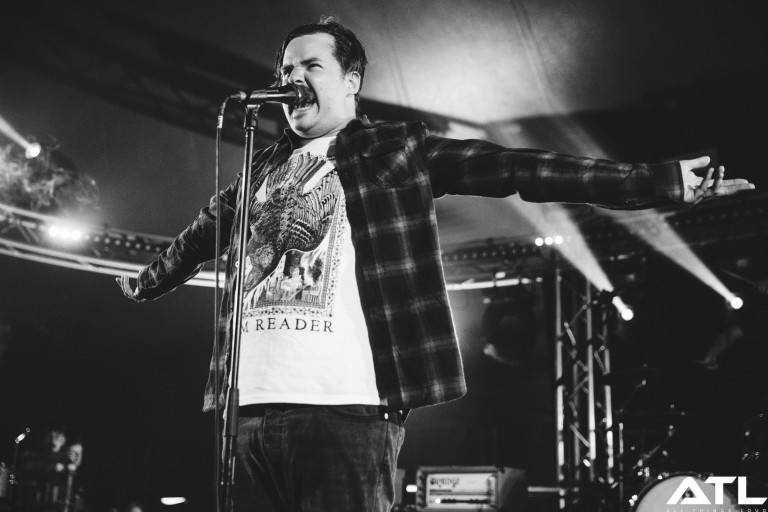 NEW MUSIC FRIDAY: You Me At Six, EUT & Black Peaks

As we slowly but surely approach the end of the year, time starts running out for artists to really make that chart impact before Michael Buble inevitably rears his head with another Christmas album in tow. Today (5 October) we’ve got three great new records for you from bands who have reinvented themselves, hit the ground running and maintained a solid formula.

Let’s get straight to the point: 2017 was a rubbish year for You Me At Six. January’s Night People faltered, they were management and label-less and things seemed to be going in the total opposite direction to what they’d initially hoped for. They needed a reinvention, a sonic rebirth of sorts, and now they have one: VI. This is the You Me At Six record the band have been needing to make for quite some time now, and today it finally sees the light of day. Its ten songs and 33 minutes are a short but sweet slice of victory for Josh Franceschi and co., and from the off you can hear their outright determination to be right back on top of their game. Do they succeed? Most certainly. Just look at album opener Fast Forward. It’s a ferocious slice of modern grunge with visceral undertones, setting the tone for the rest of the album. Straight To My Head is more of what we were used to from You Me At Six, encompassing gritty rhythms and pensive guitar lines alongside stadium-ready vocals, with Back Again serving as the ultimate radio hit. There’s something irresistibly appealing about its jangly guitars, making for an early highlight. The first half of VI is filled with hit-worthy tracks (3AM is another notable cut), with the second half focussing ever so slightly more on the little details. The dark Predictable is a highlight, with Franceschi on top vocal form, as is album closer Losing You. It’s not got the big explosive finish that you might have hoped for, instead centring on an intimate, multi-layered a capella closing which strips the band right to their core. VI is You Me At Six back on top form, and its release couldn’t have come at a more convenient time for a band who were at risk of fading into obscurity like confused night people (punintended). 8/10

EUT – FOOL FOR THE VIBES

“Sometimes I wish I were dead and gone” sings EUT frontwoman Megan de Klerk on Look (Who Has Decided After All), the catchy opening track on their long-awaited debut album Fool For the Vibes. For a band who have always thrived on positivity via their happy-go-lucky image and early singles, it’s quite the dark introduction to what’s turned out to be a brilliant debut. Over the course of thirteen songs and exactly 45 minutes, De Klerk and co. demonstrate precisely why they’re one of the most sought after Dutch bands of the year. Fool For the Vibes is filled to the brim with upbeat and jangly indie rock which relies as much on Megan’s powerful vocals (and witty lyrics) as it does on an incredibly tight and all-encompassing instrumental backing. Older singles Bad Sweet Pony and Supplies are still clear standouts (the latter even more so), but it’s on slow-burner The Buggs (Part 1) where everything really comes together. This track in particular is a culmination of everything EUT do well, and it only goes on to further demonstrate why they are so in-demand. It thus shouldn’t come as a surprise that their show at Eurosonic Noorderslag in January ended up as one of the best praised sets of the weekend. 2018 might be heading for the home strait, but we’d be damned if 2019 isn’t the Year of the EUT. 8.5/10

BLACK PEAKS – ALL THAT DIVIDES

Wow. That’s one word which you could use to describe Black Peaks‘ absolutely destructive sophomore record, All That Divides. The follow-up to their acclaimed debut Statues isn’t too much of a world away sonically, but it still packs just as much punch. Frontman Will Gardner may oftentimes be at his most brutal on All That Divides, but there’s also far more room for vocal experimentation during the album’s calmer moments. Where Statues aimed to sound like the musical equivalent of a punch in the face, All That Divides is the equivalent of a soaring atmospheric journey littered with stabbing guitars, pulsating rhythms and ethereal moments. Opener Can’t Sleep hits like a battering ram as The Midnight Sun effortlessly flitters between dreamy soundscapes (punctuated by Joe Gosney’s whirlingly intricate guitar lines) and ferocious verses. Electric Fires cuts out the bullshit and gets straight to the point in an almost grunge-like manner, with Gardner taking no prisoners. He’s definitely one of the strongest heavy music vocalists around today, something only demonstrated further on both rupturing album highlight Home and magistral finale Fate I & II. There’s something very special about Black Peaks (and it’s difficult to pinpoint), but if one thing’s for certain then it’s that All That Divides is one of the best heavy albums of 2018. In a world where one out of every dozens of new bands ‘makes it’, Black Peaks sound exactly like the kind of band who are here to stay. 8.5/10