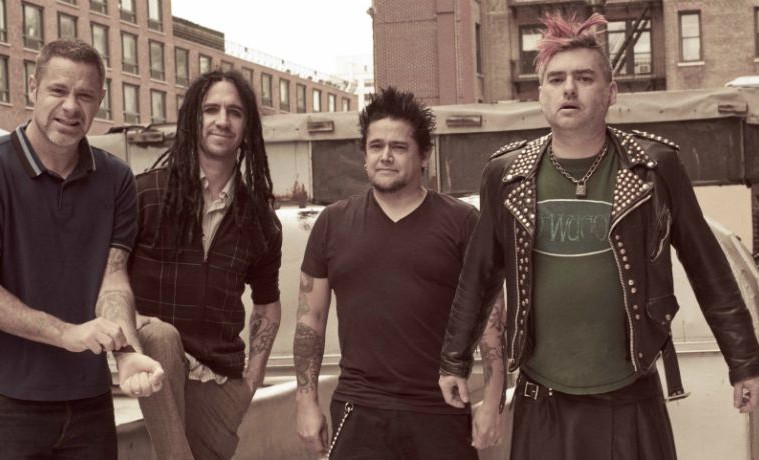 Punk legends NØFX are facing a backlash from disgruntled fans following a set of incredibly disgusting comments made at a show in Las Vegas this week.

During their performance at the Punk Rock & Bowling Festival in the Nevada city earlier this week, frontman Fat Mike was caught making distasteful comments about the horrific shooting which took place in Las Vegas last October, leaving 58 dead in what has become the largest single mass shooting to date in the United States.

As photographers left the photo pit after the third song in NØFX’s set, Fat Mike commented: “We played a song about Muslims and we didn’t get shot. Hooray”, to which fellow band member Melvin added: “I guess you only get shot in Vegas if you’re in a country band”. Silent crowd murmurings spurred Fat Mike on to conclude that “at least they were country fans and not punk rock fans”. The joke did not go down too well with the crowd, something which you can pick up on in the below video. Fat Mike proceeded to end his comments by adding that the whole crowd were “thinking it!”.

NOFX thought it would be “hilarious” to joke about the October 1 shootings while on stage in Las Vegas. They said “at least they were country fans and not punk rock fans”. This is disgusting and callous. We will never support anything involving this band ever again. pic.twitter.com/am3R8QJIE6

Since making the comments, the band has lost a beer partnership with Stone Brewing, the company behind their Punk in Drublic Festival. It remains to be seen how expansive the backlash will become for NØFX before they embark on a European tour later this year.

NØFX are set to appear at Jera on Air in Ysselsteyn at the end of June, a festival with whom we are media partners. We would like to distance ourselves from the band and their comments, and encourage the festival to do the same.