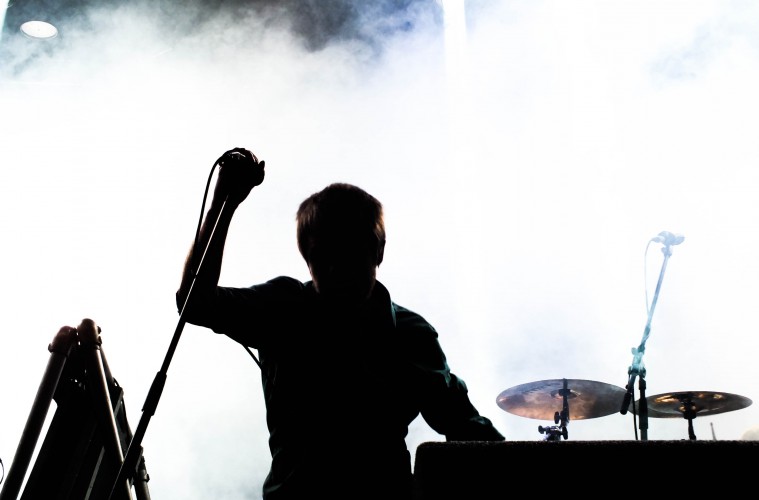 At the end of this month, roughly 20,000 revellers will descend upon Schijndel for the first big date in Holland’s festival calendar – Paaspop. Taking place over the Easter weekend, Paaspop is generally seen as the first big port of call for international acts descending upon Europe for a few months. This year, the likes of The Prodigy, Enter Shikari, Refused and Hollywood Undead will all take to the stage in Schijndel, and we’ve lined up our first five recommended shows below.

ENTER SHIKARI
St Albans’ very own Enter Shikari are one of a few surprise bookings for Paaspop this year. Having just rounded up a massive UK arena tour, Rou Reynolds and co. will take to Schijndel in the middle of yet another expansive European tour. 2015 record The Mindsweep saw the band break even more boundaries and surpass bucketloads of expectations, upping their game so much that they’ve become an act who you must see before you die. As Reynolds puts it: “Movers, ravers, skankers and shakers, assemble”. Do as the man says and get down with Enter Shikari this Easter. BALTHAZAR
Belgian indie poppers Balthazar released their most recent record Thin Walls last year, its addictive, folk-tinged indie seeing the outfit play bigger venues than ever before. Following twelve months in which they played a huge club tour across Holland and appeared at festivals like Best Kept Secret, 2016 looks to be the year in which they finally make a solid mark on the Dutch music scene. REFUSED
Swedish post-hardcore collective Refused reformed in 2014 following a solid absence of nearly 16 years (save for a brief reunion in 2012). Their surprising appearance at Paaspop this month looks set to lean heavily towards 2015’s Freedom, which was a welcome return to form for Dennis Lyxzen and co. They pulled off a storming set at Speedfest in Eindhoven last November, whetting the appetites of the many Refused fans who look set to trek to Schijndel for Paaspop’s final day. It’s going to be nothing less than absolutely hectic, which is exactly what we’d come to expect from Refused. GOLDEN EARRING
Dutch rock legends Golden Earring will be playing a massive headline set at Paaspop in order to celebrate their 50th anniversary since forming. Known most for hits such as Radar Love and Twilight Zone, the quartet are a massive cornerstone of the Dutch rock ‘n roll scene. Although newer releases have disappointed, you won’t have to worry come Easter when Golden Earring hit you with a nostalgic greatest hits spectacle. JD MCPHERSON
Closing out the first set of Paaspop recommendations is American blues rocker JD McPherson. Having spent 2015 touring extensively, 2016 will see the McPherson and his band do much of the same. Their blues-tinged rock ‘n roll makes for a perfect lunchtime hour of music, with its relaxed undertones and subtle grooves echoing nicely throughout Schijndel. Don’t expect McPherson and his band to pull the biggest crowd of the weekend, but do expect them to pop up as many people’s highlight of the weekend. Paaspop 2016 will take place from 25-27 March in Schijndel, near Tilburg. Click here for more information.