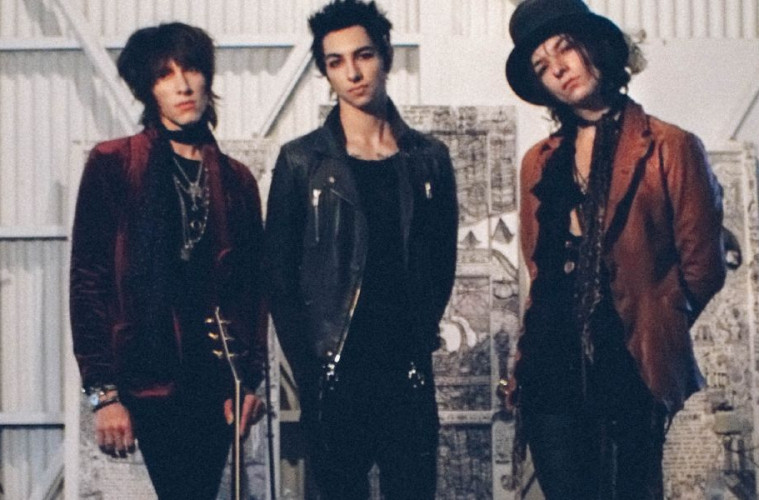 Canadian outfit Palaye Royale have landed themselves in hot water following the destruction of a drum kit which was revealed to be a unique, one of a kind custom creation.

The incident took place during a recent show at the Electric Brixton as part of the tour in support of new album Boom Boom Boom: Side B, with drummer Emerson Barrett filmed absolutely tearing the kit to shreds and throwing individual drums around the stage as the show came to an end.

Since the video was posted yesterday, it’s come to light that the kit in question was loaned out to the band for a short period of time by North Custom Drums under the condition that it would be returned to them in the same state as it had been delivered. This, as you’ll see in the below video, did not turn out to be the case.

Taking to Facebook, one of the kit’s creators – Jordan Holden – spoke of his disgust at Barrett’s actions. He wrote: “Honestly can’t believe I’m having to post something like this, but unfortunately I have to have my say. 9 months ago myself, Andrew McKenna and Dunc Foster started a custom build of a drum kit specifically designed for Jake Kerley. It was one of our most unique and in my opinion- best sounding and looking kits to date.

The kit was loaned to a Canadian band currently on tour called Palaye Royale under conditions that it would be returned safely and in the same condition it left. This is usually the case with such a unique and valuable drum kit, however these arsewipes decided to completely destroy it for a short 30 second video to promote themselves on Instagram. Not only is this kit irreplaceable after NCD closed it’s doors, but the act has offended all of the hard work and literal blood and sweat that went into making the kit. I hope all of the drummers and drum manufacturers on my friend list will catch on to this and never lend, loan, build or send a kit to them in the future.”

Palaye Royale – who will tour with Enter Shikari in 2019 – are yet to respond to the allegations. It’s currently unknown if Barrett was aware of the kit’s uniqueness and the fact that it was an irreplaceable one-off. A statement is expected from the band in due course.