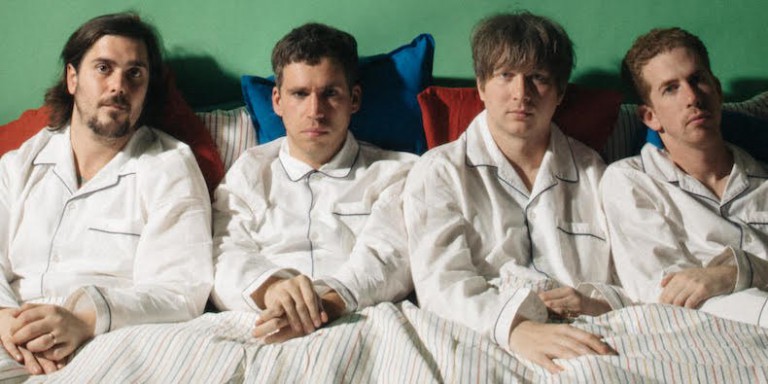 Slacker outfit Parquet Courts have announced details of their sixth studio album since 2013.

The New Yorkers will put out the Danger Mouse-proudced Wide Awake! on 16 May via trusty label Rough Trade, having teased the album by sending vague postcards to selected worldwide media last week.

Wide Awake! is the follow-up to 2016’s Human Performance, an album which saw the A. Savage-fronted quartet stop off for shows at the likes of Pinkpop and Down the Rabbit Hole.

In announcing the album, the band have shared an extended letter to fans as well as putting out two short-but-sharp new songs, Almost Had To Start A Fight / In And Out Of Patience (above). You can check out this letter, written by bassist Sean Yeaton, below. The tracklist and artwork for Wide Awake! are as follows:

1. Total Football
2. Violence
3. Before the Water Gets Too High
4. Mardi Gras Beads
5. Almost Had To Start A Fight/In And Out of Patience
6. Freebird II
7. Normalization
8. Back to Earth
9. Wide Awake
10. NYC Observation
11. Extinction
12. Death Will Bring Change
13. Tenderness