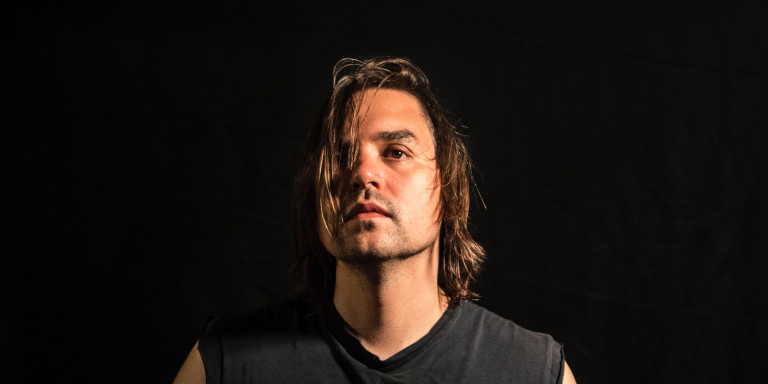 The Past, Present and Future of Will Butler

It’s been nearly four centuries since the first member of the Butler family arrived in the United States. From Quakerism and Mormonism to getting thrown in jail, the Butler family history is a fascinating story which bears one constant, one recurring theme on which the Butler’s always touch base: music. On new solo album Generations, Will Butler (Arcade Fire) expands his horizons while delving into his own legacy and asking questions about his place in society as an American. Jack Parker called up Butler to discuss his namesake’s glistening legacy, the new album and societal parallels between 2020 and 1820.

Hi Will. Generations is your second studio album, and it comes five years after your debut, Policy. Was it always a long term plan, in your mind, to put out a second album?
Yeah. I was always going to do a second record, but my wife and I have an eight year old and two twins. Not to blame the twins, but I would have made a second record earlier, haha. There was also the last Arcade Fire record, and I went to grad school. It’s been busy.

You described this album as more of a novel. Would you call it a concept album?
I don’t think of it as a concept album, but any listener or critic is welcome to interpret in whichever way they like. There is a sonic arc to the album, and although it’s not exactly character development there is some sort of development throughout the record. I feel like it takes on a journey.

The stories on some tracks are definitely vivid in places. What informed your songwriting on some of these songs? Fine tells a very poignant story.
Some of the songs on the album have a big focus on 19th century American poets like Emily Dickinson or Erwin Melville. Melville isn’t famous for his poetry, but he has some good poems about the Civil War. I was reading a lot of history, and a lot of the themes are essentially just trying to absorb what the fuck has been happening the last 200 years.

And of course everything that’s been happening the last six months. Do you notice many similarities between the last half year versus the last 200 years?
Yeah. We had Ferguson and Baltimore, and people are protesting now too. People are rioting! But this isn’t an outlier in American history; the police keep brutalising people and those being brutalised keep saying that enough is enough. It happens every few years, so it’s a very consistent part of history. It’s shocking that people even need to come out and say that black lives matter. That is an outlier, the fact that we have to highlight that killing black people is a bad thing. It’s never exactly the same throughout history, but it’s certainly familiar in a dark way. The pandemic…eugh. There aren’t many global pandemics which I’ve experienced in my lifetime, but it’s certainly not what I expected.

The sonic palette of Generations is much broader. There seems to be more emphasis on exploring different sounds and styles; was this a conscious decision or something that just came naturally?
I wanted Generations to be a more complex and complicated album with more development. My brain is so broken that I think about food a lot; Policy was more a case of making dinner with whatever you can find in the fresh section at the supermarket. Generations is more purposeful, it’s layering the flavours, roasting the meat for 48 hours and stewing the bones. There’s more foraging.

I guess solo projects like this one also allow you to explore territory you wouldn’t go for as quickly with Arcade Fire.
Yeah. I mean, they’re still related projects in that I’m the same human being poking at the same stuff sonically and emotionally, but with this I can go further in certain directions. This album is still collaborative, but I can also do more.

You previously said that this record asks the question “what’s my place in American history?” Assuming you know that now: what is your place in American history, as a rich, white male?
It’s a positional answer, to be honest. It’s how you are positioned in a community and how you relate to the people you live with. It’s hard to answer, because it’s also in conversation with New York City and Brooklyn. Like, how is New York going to move forward? On a broader level, though, it’s still provisional and conversational.

So has working on this record helped you discover aspects of yourself which you weren’t aware of?
I’m real smart on a booksmart level, but working on this record made me realise how dumb you still are as a human, on a human level. Most of us are pretty dumb, and every now and then you encounter some amazing humans, but then you’re like, “wow, I’m real dumb and I’m lost without these people”.

I just want to touch on the album closer, Fine. What informed your songwriting and the story on that track in particular? It’s one of your best works to date.
Thank you. So, the first Butler came to the US in the 1630s and settled into Boston before moving to Cape Cod and living on the water. They were one of the first families to convert to Quakerism. It’s in the history records because they kept getting fined for being Quakers. They’d get thrown into jail and cops would arrest Daniel Butler in the middle of the night for exposing little kids to Quakerism. The Butlers have lived in New England on a long stretch of coastline for the last 400 years. My Mum’s family is Mormon, and my great grandfather was the last son of a Mormon homesetter who crossed the plains. He was born in the 1870s and he was a musician. He started a family band with his kids and they would drive across the desert – before there were even roads – on wooden planks to play shows in churches and then get arrested for doing it. My life today is very beautifully influenced by what happened at the end of the 19th century. It’s so beautiful to inherit such a musical legacy, but there’s also such a horrifying legacy to being an American. Why I am how I am is informed by a lot of beauty and horror. It’s about trying to figure out where you stand before you throw your first punch. You have to square your hips. It’s not so much an exercise in guilt as it is in knowledge.

Fine is trying out the Kanye West trick of being really stupid and profound by talking about important and unimportant things are the same time. I was thinking about George Washington from 250 years ago, just thinking about his legacy and on a wider scale the legacies which we inherit. How those legacies came to us, and how the world was made. It’s trying to do that both in a jokey and a horrifying way. Look at Washington’s slaves, for example. He has one named Henry Washington who I’d never heard of until I was an adult. He escaped and with the British against the United States, and then lost. In order to avoid slavery he fled to Canada and then ended up in Sierra Leone, where he ended up fighting against the British. These are incredible histories which just go ignored. Fine is essentially about trying to figure out what line of history we’re following and how we follow it.

Now more than ever people are turning to the arts for empowerment. How can we use music in 2020 to harness positive change?
Music has been a great comfort to people who are doing really intense work, and I’ve seen people really respond to artists who say something meaningful. Art can really provide comfort, which I think is important. I get that there are other important angles, like how art isn’t always supposed to be comfortable, but over the years I’ve seen how much value music has for people who are trying to make the world a better place. As a musician you can’t control the people who feel comfort. You can’t tell someone horrible that they aren’t supposed to feel comforted by your music, but you can pray that your music is put in front of someone who will nourish it.

Of course. So with live music still out of the question, what’s next for you?
I’m really excited for the record to come out! People have been finding meaning in comfort through music these last six months, and it kind of feels like you’re doing a service by putting music out into the world. I’ll probably do some kind of online thing, but it’s not really my speciality. I’ve got a week and a half to figure it out. My son started school today in New York, so figuring out online school for an eight year old is also a thing. And if it weren’t for the pandemic, I’d have gotten into my car and driven around Pennsylvania knocking on doors ahead of the election in November. Generations is out on 25 September.