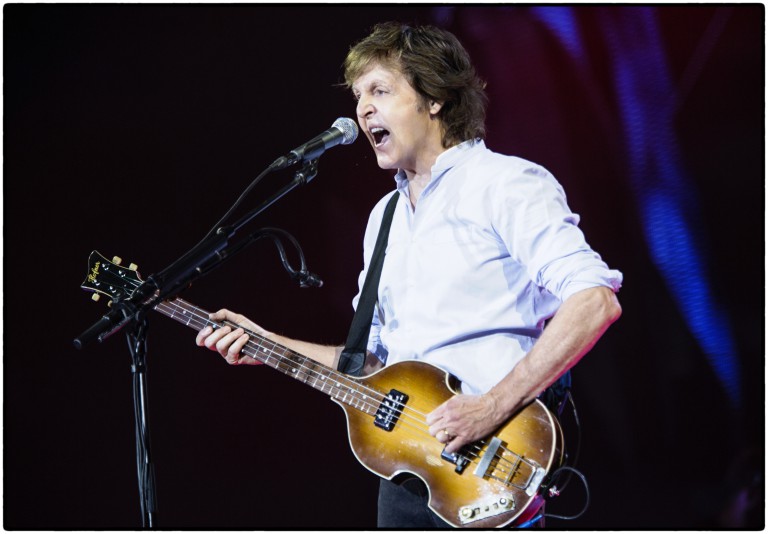 © 2015 MPL Communications Ltd/Photographer: MJ Kim. FOR ONE TIME EDITORIAL USE ONLY – ANY OTHER USE IS NOT AUTHORISED BY MPL COMMUNICATIONS LTD ("MPL") AND SHALL REQUIRE MPL’S FURTHER APPROVAL. FOR ANY FURTHER USE PLEASE CONTACT: MPL IN LONDON ON +44(0)2074392001 OR ESTAUNTON@MPL.CO.UK.

Paul McCartney is returning to the Netherlands.

The Beatles legend will make his debut appearance in Nijmegen on Friday, 29 May as part of his brand new Freshen Up tour, which is largely in support of new album Egypt Station. McCartey and his band last appeared on Dutch soil when they headlined Pinkpop Festival in 2016.

Speaking of the show, McCartney said: “This is my first visit to Nijmegen and I’ve heard great things about it. It’s always so special to play in places we’ve never played before. We’ve freshened up the show since our last visit to the Netherlands and we are excited to be playing some of our new songs from the latest album as well as the songs we always love to play.”

Promoter MOJO has promised fans an epic three-hour show spanning the best of McCartney’s solo, Wings and Beatles back catalogues. Tickets go on sale this week Friday (29 November) at 10am, starting at the steep price of 99 euros. Get yours here, and RSVP to the official Facebook event here.