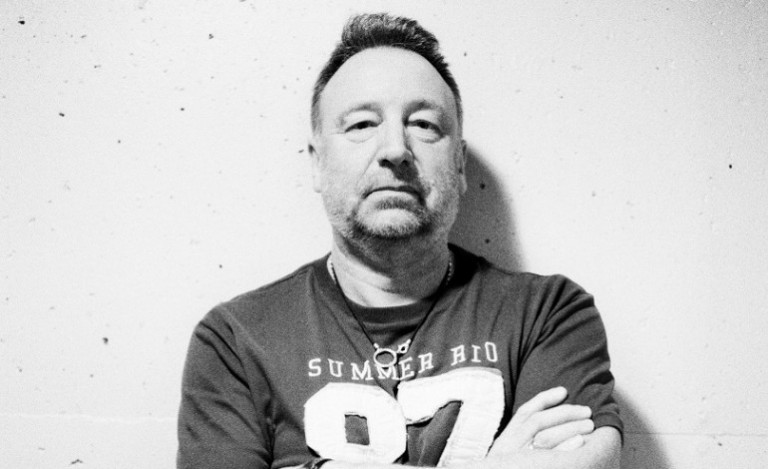 Peter Hook: “I Will Keep Going”

2016 is going to be an extremely busy year for former Joy Division & New Order bassist Peter Hook. Throughout the spring he’ll be touring the world with his band (Peter Hook & the Light) and performing both of Joy Division’s studio albums integrally. We spoke to Peter about the tour, his past endeavours and what we can expect from him and his band in the future.

Hi Peter. On the upcoming tour you’ll be playing Joy Division’s Unknown Pleasures & Closer. Why did you decide to tour the two records?
Well it all started back in 2010 as that was 30 years since our singer Ian Curtis sadly passed away. There was supposed to be a tribute concert in Manchester that myself and Steve Morris Joy Division’s drummer were involved in – the idea was for us to play a set in Macclesfield Ian’s hometown and have guest singers with us. For whatever reason, it didn’t happen – it was then that I thought well I am going to have to do it myself! Because I could not let the anniversary pass without celebrating Ian’s life & work. So I got myself a band together and we decided to play Unknown Pleasures just once at my club in Manchester, donating all the profit to a mental health charity. It sold out in 2 minutes so we added a second night, and from there we have been invited all around the world from Hawaii to Mongolia to come and play the music live which is wonderful. Now we can play every single Joy Division song live, not just the Unknown Pleasures album as we perform Closer too. But on other tours we also moved on to the New Order albums and we play those albums on tour too which is also great as there are many songs that the rest of the members of New Order ignored for so long & still ignore now.

Are you going to be doing anything special/out of the ordinary to commemorate this tour?
Performing both of the Joy Division albums live is always special – there are some amazing songs that are great to hear live again and I must say my band do a fantastic job recreating the music for people all around the world to enjoy. It is most amazing to be able to play & hear again the more emotional songs from our catalogue such as Atmosphere, Decades or The Eternal, I am really happy to have those songs back with me again. We will open the shows in Holland with 40 minutes of select New Order tracks (some hits, some rare/B-sides..) and then we will play our Joy Division set for over 2 hours.

When most people think of Joy Division, Love Will Tear Us Apart is one of the first things many people remember. The band were of course far more than just one song, but what do you think of the constant stigma/association that this song bears? In particular on social media and in modern day pop culture.
I think it is a very nice compliment to all the members of Joy Division that we have a song like Love Will Tear Us Apart that has managed to stand the test of time to this day almost 40 years after its release & to have this song that people love and identify with really is an amazing feeling. I am very proud every time I hear it on the radio, or on the television, or hear it sung at Old Trafford during a Manchester United game – it really is amazing the power that this song has.

You’ll also be playing New Order songs during the support slot on the run. Why?
Well after we performed Unknown Pleasures for the first time in 2010, exactly one year later in 2011 we performed Closer for the first time. In 2012 we played the compilation ‘Still’ live (Joy Division’s last release) and then we moved on to the New Order albums in a chronological journey – 2013 was Movement and Power, Corruption & Lies, 2014 was Low-Life and Brotherhood, and now later in 2016 will be our new Substance tour. Even though we are touring the New Order albums now as well, people still ask for the Joy Division sets which is fine because we love playing everything – but I don’t want to lose the New Order tracks again now that I have them back, so we decided to open the show with a few of those too before we play our main set. It means that people should arrive early! I think it’s good because it is something extra for the fans and it means we can always change the setlists every night with different selections.

You’ve been in action now since the 70s. Do you think that there will soon (whether that be a few years or more) come a day where things have to take a significant step back?
I think so! I think that is only natural…but I am 60 now and I feel great so I will keep going and let’s see what happens. 2016 is my 40th year as a musician, which is pretty amazing! I have had a great time and I am very proud of my career & still proud today of everything we are doing.

There’s obviously a heavy focus on all the 70s and 80s greats who are still touring. Are there any bands out there right now who you think could follow in your footsteps (directly/indirectly) and who are standing out to you at the moment?
There are always new bands that are exciting & look like they can follow us and become the new legends of the future… I really like certain bands like the 1975, Delphic, Everything Everything… It’s always good to keep looking for new music. I just collaborated with a French band called The Liminanas on a new song called Garden of Love which I think is really good.

You’ll be playing a lot of shows on this tour, including 6 in Holland. Which shows/cities are you most looking forward to playing?
Yes it’s great to have the 6 shows in Holland because it has been quite a long time since we toured there – in 2010 and 2011 we played many shows in Holland but over the last few years it was not so many. That’s why it is great now to be finally coming back with 6 new dates. I am looking forward to them all but of course I am excited to return to a venue like the Paradiso in Amsterdam, what an amazing place – every time I have played there in the past there has been a riot! With Joy Division, New Order, Revenge… always a riot! So let’s see if it happens again this time! It’s also cool to go to places like the Effenaar in Eindhoven where we actually played as Joy Division too.

And what do you get up to nowadays during free time on the road?
I read a lot so I am always looking for new books to get into… I just finished Brian Blessed’s autobiography on holiday and that was fantastic. I also like to watch a lot of movies. But I am so busy with a lot of other projects that unfortunately most of my free time is spent on the phone or answering emails! It’s actually nice to play a lot of live shows so that I don’t have to do any of that for a few hours at least.

What can we expect from Peter Hook & the Light throughout the rest of 2016?
We are going to be very busy this year I think. In March we will tour around the UK and Ireland, and then in April we will arrive in Holland before going to France & Italy also. We are booking a few festival dates for the summer and then from September to Christmas we will begin our new tour which is SUBSTANCE live, both Joy Division and New Order together – it’s going to be great. We will start with 3 shows in the UK before going to the USA & Canada for another 28 dates and then we hope to go to South America after that. Let’s hope that in 2017 we can bring that show to Holland also!

Peter Hook & the Light will tour Europe in April.