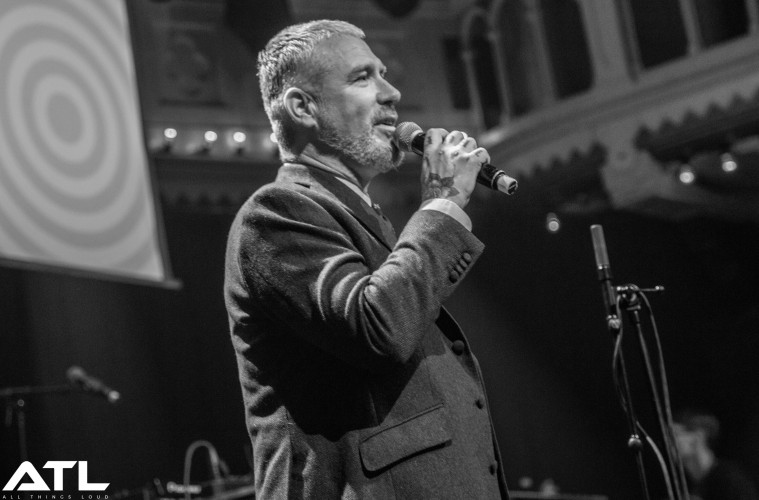 Pinkpop 2017 – Everything You Need to Know

If you kept a good eye on our Facebook page yesterday, then you’ll have noticed that the sole thing we talked about was the annual Pinkpop Festival press conference. The event, which implicitly signals the start of the Dutch festival season, saw Dutch radio DJ Eric Corton help unveil the line-up for this year’s festival in front of a packed Paradiso in the heart of Amsterdam. You can find that line-up below. Kicking off with a performance from local Nu of Nooit competition winners The Ten Bells, Corton invariably set the tone for a serious yet fun event, something which his predecessor Giel Beelen never really managed to get quite right. In fact, his handling of the presenting duties was far more up close and personal than Beelen, with one moment in particular standing out and showing off Corton’s kindness: Dennis, a dedicated LIVE fan, jumped for joy as the Ed Kowalcyzk-fronted outfit were announced to play the festival’s final day (Monday, 5 June). Corton took note, and invited him up onstage. “Have you ever met Ed?” Corton asked, to which the Foo Fighters shirt-wearing Dennis said no, before Corton instantly responded with: “well, let’s make that happen!” Dennis’ face filled with disbelief and shock as LIVE frontman Ed Kowalczyk and guitarist Chad Taylor took to the stage. Initially they were set to discuss their set at Pinkpop (their 5th appearance at that), but this turned into a heartwarming moment which truly demonstrated Corton’s grace as host for the festival and for the fans. Enough about Eric Corton, though; let’s take a look at everything you need to know about the complete line-up. As many already (unfortuntately by some standards expected: it wasn’t going to be a repeat of 2014, the year in which The Rolling Stones, Arctic Monkeys, Metallica and Arcade Fire topped a bill which featured the cream of the modern day musical crop. Nor would it be a repeat of the classic line-ups which saw huge names descend upon Landgraaf. Instead, the world was blessed with three headliners who many questioned: Justin Bieber, Kings of Leon and Green Day, two of whom both headlined in 2013.

SATURDAY, 3 JUNE
Bieber will top the bill on Pinkpop’s first day, one which boasts an extremely poppy line-up. Dutch DJ Martin Garrix will close the day following Bieber’s headline set, with the main stage further featuring the unbelievably irritating Kensington, Dutch indie poppers Chef’Special and the relatively unknown singer-songwriter James TW. It’s nothing short of what you should expect with such headliners, even if it is a slight disappointment. Making up for this over on the suitably alternative 3fm Stage are headliners Five Finger Death Punch, whose show at the 013 in Tilburg is suddenly not so exclusive anymore. British indie rockers Kaiser Chiefs and White Lies join them, with the latter set to repeat their spellbinding set in the legendary year that was 2014. Over in the Brand Bier Tent, you’ve got Verve frontman Richard Ashcroft topping the bill, with local band The Ten Bells opening it. Sandwiched between the two are party-starters Crystal Fighters and Aussie duo Pierce Brothers. Young ‘un Declan McKenna will take on Stage 4. All in all you’ve got an extremely poppy Saturday, but there’s enough in and amongst it to make the day bearable. SUNDAY, 4 JUNE
Punk legends Green Day have the honour of topping this bill, although the line-up is far less ‘heavy’ than people had previously predicted. Indie rock stalwarts Imagine Dragons will support Billie Joe Armstrong and co., with the surprisingly bland Broederliefde having been placed above Irish rockers Kodaline and singer-songwriter Gavin James on the main stage. It’s an interesting combination of names, but under the guise of diversity it doesn’t seem all too bad. It gets even more confusing, though: many expected Dua Lipa to show up at Pinkpop this year, with one of her video’s showing up on the screen only for the track’s guest star – Sean Paul – to be announced as 3fm Stage headliner. Sum 41 support him, with Clean Bandit, James Arthur and Anne-Marie also appearing on said stage. Someone doesn’t quite seem to be in the right place here. Green Day’s package deal inclusion, Rancid, headline the Brand Bier Tent right before their punk compatriots destroy the main stage, with Birdy joining them. Appearing just before the angel-voiced Brit is The Charm The Fury, who are by far Holland’s heaviest export at the moment. My Baby and Jack Savoretti (the latter of whom appeared at the Paradiso yesterday) will also appear on this stage. The mysterious Busty & the Bass are billed for Stage 4, with Charl Delemarre down for the Garden of Love. It’s a slight improvement compared to the Sunday, but it’s the closing Monday which somewhat makes up for it. MONDAY, 5 JUNE
The final day of Pinkpop was previously promised to be a Metal Monday, however this didn’t materialize in the way which disgruntled metalheads had hoped. Lacklustre live band Kings of Leon will top the bill, with LIVE joining them on the main stage alongside Passenger, Dutch vocalist Guus Meeuwis and hillbilly hero Seasick Steve. If you still want to experience some sort of Metal Monday, then the 3fm Stage is your best bet. System of a Down will top the bill there alongside the supergroup Prophets of Rage, with Scottish rockers Biffy Clyro also set to appear. Soul vocalist Rag’N’Bone Man slightly ruins the flow, following a set from the world’s hottest former Sleeping With Systems collaborator: Machine Gun Kelly. Don’t expect him to bring Kellin Quinn out on stage, because he’s now managed to become a well-respected rapper in his own weird, unique way. Alt rockers DON BROCO add some heaviness to Stage 4, with Dutch outfit Midas and singer-songwriters JP Cooper and Chris Ayer also appearing. Before we round off this analysis, we’d like to extend our congratulations to Jera on Air as well, who won the Jan Smeets Award and received a sum of 20.000 euros to put towards their massive 25th anniversary this year, which we’ll be media partnering in its entirety for you to follow. Members of the likes of Call it Off and For I Am King even recorded a special track introducting the festival to give people an idea of where the money will go towards.

The annual press conference was thus met with the expected mixture of pleasure, disdain and confusion, mainly in the direction of the abundance of singer-songwriters and random one-off bookings. Not that this was to be a surprise, though; Pinkpop is and always will be a diverse festival, and now they’re just changing alongside the current musical climate and adapting to what some want to see. Festival season looks set to be an exciting one, and we hope to see you somewhere along the way.

Pinkpop Festival takes place from 3-5 June in the Dutch Landgraaf. Tickets go onsale this week Saturday at 10am, and you can find more information here.