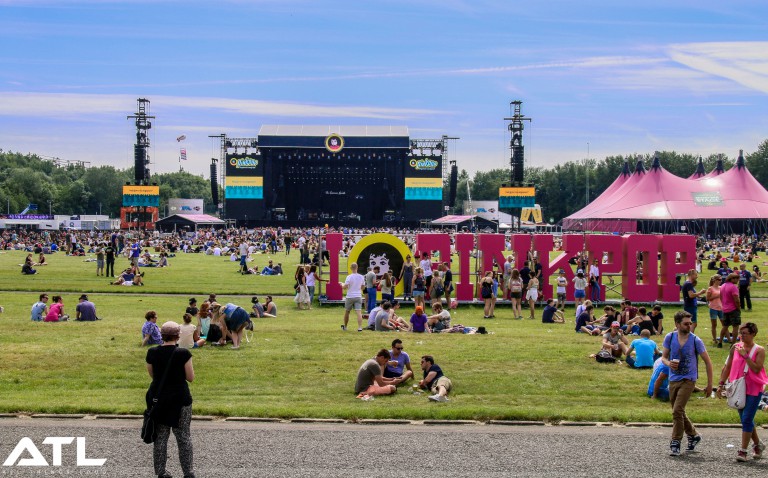 Pinkpop 2017: Who is the Missing Headliner?

It’s been very quiet in Landgraaf of late, namely within the vicinity of Pinkpop Festival‘s Geleen office. With the traditionally annual press conference more than a month away, people are beginning to wonder who looks set to join Green Day and Kings of Leon in June.

There’s a whole host of artists on the festival circuit in June, but none of them seem to have been snapped up by Holland’s longest running music festival. Why though? Have Pinkpop missed out, or have they got something extra special up their sleeve?

Below we’ve lined up a list of artists who Pinkpop has unfortunately missed out on, whilst also collating a list of acts who are still in contention for the much anticipated final slot atop the bill.

STILL IN CONTENTION FOR THE FINAL HEADLINE SLOT ARE…
Justin Bieber
It’s no secret that Pinkpop has shifted from its traditionally rock-centric line-up to focus on a wider and more varied sonic palette. Recent years have seen headline sets by the likes of Robbie Williams and Pharrell Williams, and 2017 looks set to be the Year of the Bieber. The previously irritating pop star has been heavily linked with Pinkpop’s coveted bill topping slot ever since buddy Martin Garrix confirmed his appearance. Although his potential booking has raised plenty of eyebrows within the festival world, it wouldn’t come as too much of a surprise given the direction Pinkpop look set to go in, aka more pop and less rock. Don’t be surprised if Bieber is the surprise Jan Smeets has been waiting to unveil. Our friends at FestiLeaks shed some more light on the situation here.
Likelihood: 7.5 The Killers
The Killers are back! Nevada’s finest look set to release a new album this year, and they’ve already announced a whole host of massive European dates to accompany its imminent announcement. Plenty of reason to get them back on the bill in 2017, right? There’s one issue, though: The Killers as headliners would create a repeat of the headline trio which made for a slump in ticket sales four years ago. Pinkpop 2013 only sold 60,000 tickets across three days, and The Killers topped the bill alongside Green Day and Kings of Leon that year (see any similarities?). Pinkpop 2014, on the other hand, sold 60,000 per day. Just like Bieber, don’t be surprised if The Killers do end up topping the bill. It’ll be a very safe booking, though…
Likelihood: 7 Linkin Park
2017 looks set to be a huge year for the returning Linkin Park, whose brand new studio is slated for release later this year. They haven’t appeared in Landgraaf since 2012, meaning that a return to Dutch soil is definitely welcome. Their last record came out in 2014 (The Hunting Party), with Mike Shinoda and co. having been hard at work on its follow-up ever since. The likes of Rock Werchter and Nova Rock are already on the calendar, and Pinkpop could very easily join that list.
Likelihood: 7 PINKPOP HAS MISSED OUT ON…
Radiohead
Last year, Pinkpop head honcho Jan Smeets declared that Radiohead, Foo Fighters and Pearl Jam were set to top the bill in 2017. None of them seem to have materialized, though; in fact, competing Dutch weekender Best Kept Secret has managed to snap up Thom Yorke and co. for its own beachside spectacle. It may have been out of Pinkpop’s hands though, with Radiohead opting to play smaller sized indie festivals this summer (save for Glastonbury). Would they have been a good addition to the line-up? For sure. Oh well, there’s always 2018.

Arcade Fire
Arcade Fire are another act who Best Kept Secret snatched out of Pinkpop’s hands at seemingly the last minute. Although their last appearance at Pinkpop in 2014 saw them headline the second stage, a huge new album looked set to catapult them to the very summit of the line-up poster. Win Butler and co. are cult heroes the world over, so it’s a real shame that Pinkpop missed out on a worthy addition to their line-up. Having said that, though, Arcade Fire are certainly better suited to the beachy ethereal surroundings of Hilvarenbeek. Guns N’ Roses
Axl Rose and co. have been touring the world in support of Guns N’ Roses latest reunion, one which combines the joint forces of frontman Rose and guitarist Slash for the first time in quite a while. This summer, they take their Not in This Lifetime Tour to the European stage for a run of stadium dates continent-wide. Amongst the dates is a show at the Goffertpark in 12 July, which automatically means that Pinkpop missed out on snagging what could’ve been the best festival booking of this summer. With U2 on the other side of the ocean, Guns N’ Roses looked likely to be the big surprise of the weekend. Unfortunately not, though. WHAT ABOUT THE REST OF THE LINE-UP?
There’s more to Pinkpop than the big three headliners, even if each day is meticulously planned out to make way for a big finish. Who else could we see taking to the stage in Landgraaf this summer? We’ve picked out three bands who seem to be near-certainties for an appearance in Zuid-Limburg.

Jimmy Eat World
Alternative rockers Jimmy Eat World last appeared in Landgraaf in 2013, when they took on the 3fm Stage a few hours before The Killers topped the bill. In an interview with the band last year, guitarist Tom Linton told us the band would play all the key European festivals. Read it here. The Script
The Irish pop rockers tend to appear every other year. Their last appearance was two years ago, so we’ll get the pencil. Clean Bandit
It’s been a good year for pop outfit Clean Bandit, with new single Rockabye still reigning supreme in the upper reaches of single charts the world over. Having appeared in Landgraaf back in 2014 in accompaniment of debut album New Eyes, it seems almost certain that the now-trio (violinist Neil Amin-Smith departed the group last year) will return once more. The accuracy of these predictions will be confirmed on 8 March, when Pinkpop’s annual press conference takes place in the legendary Paradiso.

Pinkpop Festival 2017 takes place from 3-5 June in Landgraaf, Holland. Confirmed so far are Green Day, Kings of Leon, System of a Down, Martin Garrix and The Ten Bells. Click here for more information.