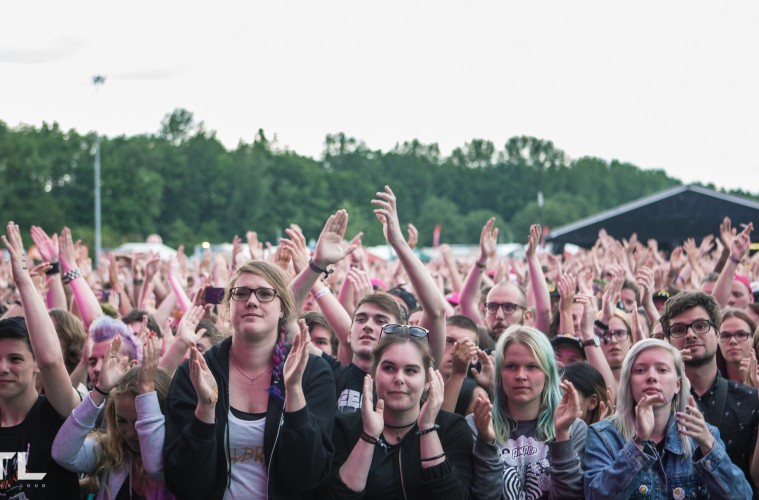 Next week, all eyes will be on Amsterdam’s legendary Paradiso as Holland’s largest mainstream music bash, Pinkpop Festival, unveils a majority of its line-up during their annual press presentation. As is standard every year, the Landgraaf weekender likes to wait until mid-February to unveil whatever main attractions are yet to be revealed, with their 2018 line-up so far boasting bill-toppers Foo Fighters, Bruno Mars and Pearl Jam. As summer schedules slowly but surely start to fill up and certain artists rule themselves out for the pinnacle of Dutch festivals, we figured it was high time to take a look at who’s still available and in the running for a spot on the bill this year.

The Script’s Danny O’Donoghue and co. are no strangers to Landgraaf, having previously appeared at Pinkpop in 2013 and 2015. As time goes by, the trio only seem to get bigger and bigger, with a massive arena show at the Ziggo Dome in Amsterdam already slated for March. They’ve got a new album under their belts (the eclectic Freedom Child) and a live show which draws in even the most passive listener. Surely this means that a spot on this year’s bill is pretty self-explanatory?

Pop songstress Lorde‘s new album Melodrama elevated her to even higher heights upon its release last year, and this summer you can already find her occupying prominent slots at the likes of Primavera Sound. Her show at the 013 in Tilburg last year sold-out in no time, and the demand for her presence on Dutch soil is so high that an appearance at Pinkpop seems like a given. It’s definitely in her favour that neighbouring Dutch festivals have all filled up their line-ups sufficiently, with a trip to Landgraaf surely the most feasible option.

Last November, intimate outfit London Grammar packed out Amsterdam’s AFAS Live in support of the enthrallingly intense Truth is a Beautiful Thing, their second musical instalment since forming back in 2009. Hannah Reid’s undeniably stunning voice and her band’s intricate musical experimentation form an incendiary combination which can turn even the biggest room into the calmest bedroom listening session. It may not be a great fit on an open air stage, but if you place them on the Brightlands Stage towards the end of the day then you’ve got yourselves an organizational winner. They’re already appearing at Belgian counterparts Rock Werchter, so what have they got left to lose?

When it comes to projects which have little to do with Tool, Maynard James Keenan can’t seem to stop. This applied to fellow side-project Puscifer in 2016, and also rings true for his more prominent offshoot A Perfect Circle. The famed-yet-elusive hard rockers have a long-awaited new album coming out this year (April’s Eat the Elephant), and they’re taking it out on the road all summer long. A Dutch date isn’t yet on the cards, so there’s still hope for Pinkpop in snapping them up before the inevitable happens and they end up in a club.

Northern Irish soft rockers Snow Patrol have long been a favourite with Dutch audiences, with their prolonged radio silence coming to an end a couple of weeks ago thanks to a solid promise of new music and a handful of already-announced summer dates, including sets at Rock Werchter and Mad Cool Festival. The outfit’s last appearance at Pinkpop already dates back some nine years, with the quintet headlining it alongside Bruce Springsteen and Placebo just ahead of their recording hiatus. You’d think that such a long wait equals a near-certain booking for this year’s edition, right?

The annual Pinkpop Press Conference takes place at the Paradiso in Amsterdam on Wednesday, 21 February. It starts at midday, and you can follow all developments across our social channels as and when they happen. Pinkpop Festival takes place from 15-17 June in Landgraaf, Holland.