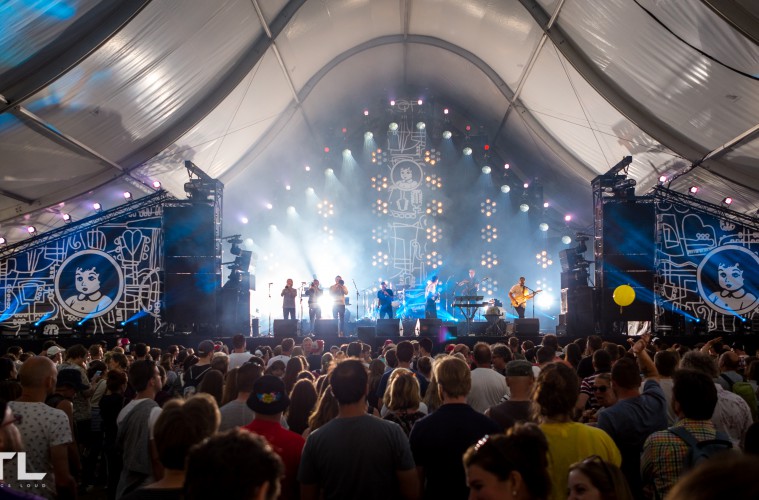 Tomorrow, the holy grail of Dutch festivals – Pinkpop – will unveil its entire line-up at its annual press conference, set to take place at the legendary Paradiso. Although Pinkpop is no longer an indicator of today’s vibrant musical climate (on the contrary: it’s a reflection of society’s mainstream tastes), it still remains a vital part of the Dutch festival calendar and one which has stood the test of time for nearly forty years. For this year’s edition, set to take place from 15-17 June, Foo Fighters, Pearl Jam and Bruno Mars have been snapped up for high-key headline sets, alongside competition winners Walden and established favourites Editors and Nothing But Thieves. The rest of the line-up, though, is anyone’s guess; which is exactly why we’ve decided to predict exactly who we think will appear at Pinkpop 2018. Below you’ll find our detailed predictions, split into each individual festival day.

We already know that grunge icons Pearl Jam are set to top the main stage bill on Pinkpop 2018’s opening day, and that local band Walden will kick off proceedings, but who else is in with a chance of strutting their stuff? If touring schedules are anything to go by, then we’re pretty sure that Rise Against and Snow Patrol will make for two of the day’s biggest names. Rise Against last appeared at the festival in 2015, setting the 3fm Stage alight with their ferocious missives, whereas Snow Patrol have been out of the loop for nearly ten years. Both are on the road this summer, and you’d assume that they’ll both form an important part of the opening day’s line-up. We’re also expecting an appearance by Irish folk rockers Flogging Molly, whose last appearance at the Landgraaf bash was in 2014.

Don’t be all too surprised to see a selection of fine pop names loiter on the poster too, though. RnB sensation Khalid is fresh from a sold-out show at the AFAS Live in Amsterdam, with Belgian electro poppers Oscar & the Wolf also doing extremely well on Dutch soil. German vocalist Alice Merton, who had a very successful performance at Eurosonic last month, is expected to bring some rootsy vibes to Landgraaf this year in a way only she knows best. We won’t be surprised if fellow Eurosonic alumni YUNGBLUD, EUT and TRAUDES join her either. In fact, we’re certain it’s going to happen.

As is standard with Pinkpop line-ups, you’ll find that there are usually a handful of bigger names accompanied by a whole host of smaller, “filler” acts. If the festival sticks to its usual formula this year, then we’re expecting a total of sixteen names on the opening day. Dutch pop rock quartet The Overslept, hard rockers Marmozets, curious multi-instrumentalist Cosmo Sheldrake, vocalist bülow and indie rockers The Hunna are all perfect names for Stage 4, the festival’s smallest stage.

The second day of Pinkpop 2018 is going to be spearheaded by Foo Fighters, who are making their long-awaited return to Landgraaf following 2015’s unfortunate cancellation due to Dave Grohl’s leg break. They’ll top the main stage billing, with popular quintet Nothing But Thieves also set to appear elsewhere on the day. There’s plenty of possibilities as to who else could make out part of the second day’s line-up, however none of it should be too surprising. The Script have a tendency to return to Landgraaf every couple of years, so an appearance by the Irish trio is long overdue. Elbow last appeared in 2015, with Maynard James Keenan’s A Perfect Circle almost a given. Popstar Lorde is in the area before and after Pinkpop, and she has a Landgraaf-sized hole gaping in her agenda.

Artists like Lorde are perfect for Pinkpop’s ever-changing demographic, one which last year attempted to include more rap and hip hop into the already existing mix of rock and pop. As far as that’s concerned, Dutch favourites De Jeugd van Tegenwoordig are hot favourites on the back of new album Luek, however you’ll probably find them everywhere and anywhere this year. Vocalist Maan is also a good shout, as is her buddy Lil’ Kleine. Further making a case for local music is singer-songwriter Douwe Bob, with some sources claiming that he’s already in Landgraaf awaiting showtime. Metal outfit DOOL are potentially a good shout as representatives of the national heavy music scene, one which tends to find representation in one or two acts at Pinkpop each year, if at all. Singer-songwriter WULF and Belgian outfit blackwave complete the list of potential local additions.

You may have noticed a significant lack of heavier music on this list, and that hasn’t gone unnoticed. Pinkpop have slowly but surely been making a shift from heavy music into a world of pop, RnB, rap and hip hop. That isn’t to say that there won’t be any guitar bands in Landgraaf this year, though. We’re pretty sure that American hard rockers Greta van Fleet, British quartet The Struts, indie rockers Bad Sounds and Walking on Cars and soul collective Hannah Williams & the Affirmations will also make appearances this year. Completing our list for the second festival day is Catalan outfit La Pegatina, whose ability to start a wild party has enabled them to return to Holland’s biggest festivals time and time again.

The final day of Pinkpop is often seen as the big one. The day with some of the biggest names, craziest surprises and most exciting performances. It’s also a day where popstar Bruno Mars will present Landgraaf with cuts from his hugely successful back catalogue. Mars is the kind of artist whose live show will draw you in regardless of your musical preference. Similair words can be said for Editors, a band whose popularity on Dutch soil knows no bounds. Hell, they’re at least ten times bigger in Holland as they are back home in the United Kingdom. A whole line-up can’t rely on two names, though, regardless of their popularity. That’s why we think grunge stars Alice in Chains will also make the trek down to Landgraaf, alongside hard rock supergroup Hollywood Vampires. The trio consists of Alice Cooper, Joe Perry and Johnny Depp, and together they form an incendiary live trio whose reputation is as strong as ever. Throw Bullet For My Valentine, Hollywood Undead and Arcane Roots and you’ll have yourself a pretty solid selection of heavier names.

With Bruno Mars atop the bill, it’s only logical that a large portion of the line-up consists of poppier names. That’s why we reckon Cardi B will make an appearance in Landgraaf this year, having already been announced to share the stage with Mars in various other cities across Europe. Pop superstar P!NK is also a hot prospect, with festival organizer Jan Smeets potentially alluding to her booking under the guise of an artist big enough to pull upwards of 100,000 people. We’re not entirely sure if he meant P!NK, but it can’t really be anyone else. As far as the rest of the day’s poppier output goes, then we’re expecting Sigrid, Off Bloom, Clairo, London Grammar, rapper Boef and singer-songwriters Isaac Gracie and Tamino to make appearances. Pretty decent for a festival where the emphasis is clearly on the big names.

Oasis legend-cum-solo rocker Noel Gallagher and his High Flying Birds are in the area during the Pinkpop weekend, with local indie rockers Di-Rect and British favourites Kasabian also well overdue an appearance in Landgraaf. Indie outfit The Kooks last appeared in 2014, sharing the stage with Arctic Monkeys and Editors. Pair them up with up-and-comers Tom Grennan and Dead! and you have an extremely appealing day ahead of you.

The above is very obviously a mere prediction, however we wouldn’t be surprised if a large part of it does turn out to be true. Come tomorrow afternoon, we’ll know for sure exactly who we think is going to appear at Pinkpop Festvial 2018. Below you can find our predictions compiled into one entire line-up. Pinkpop 2018 takes place from 15-17 June in Landgraaf. Click here for more information, and keep an eye out on our socials tomorrow for all the latest from the annual press conference. Here’s a full lowdown of what went down at Pinkpop 2017.